It was the quickest miss from the spot since the division was formed in 1992 – but didn't cost the Hammers as they won 3-1 at the Hawthorns. 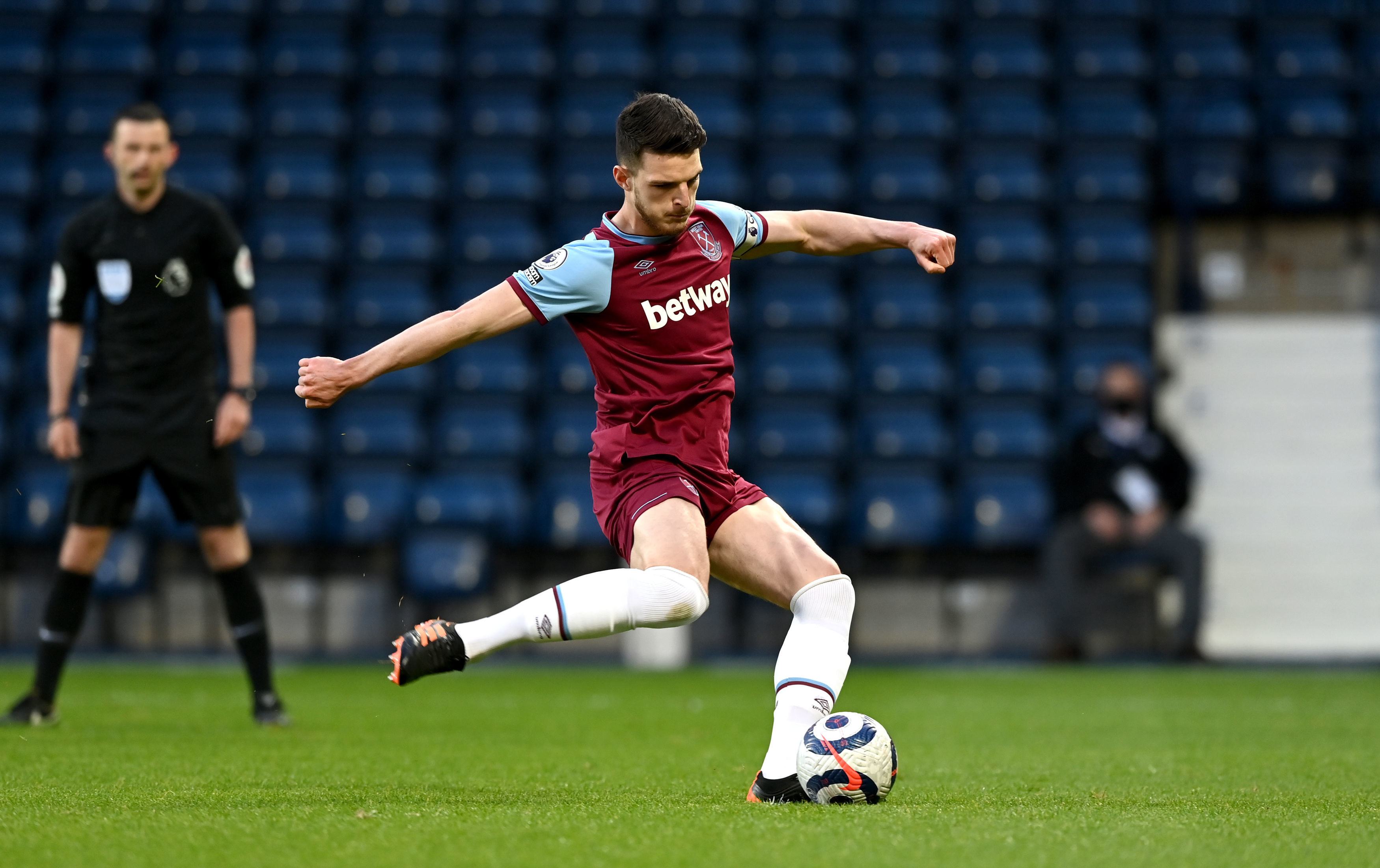 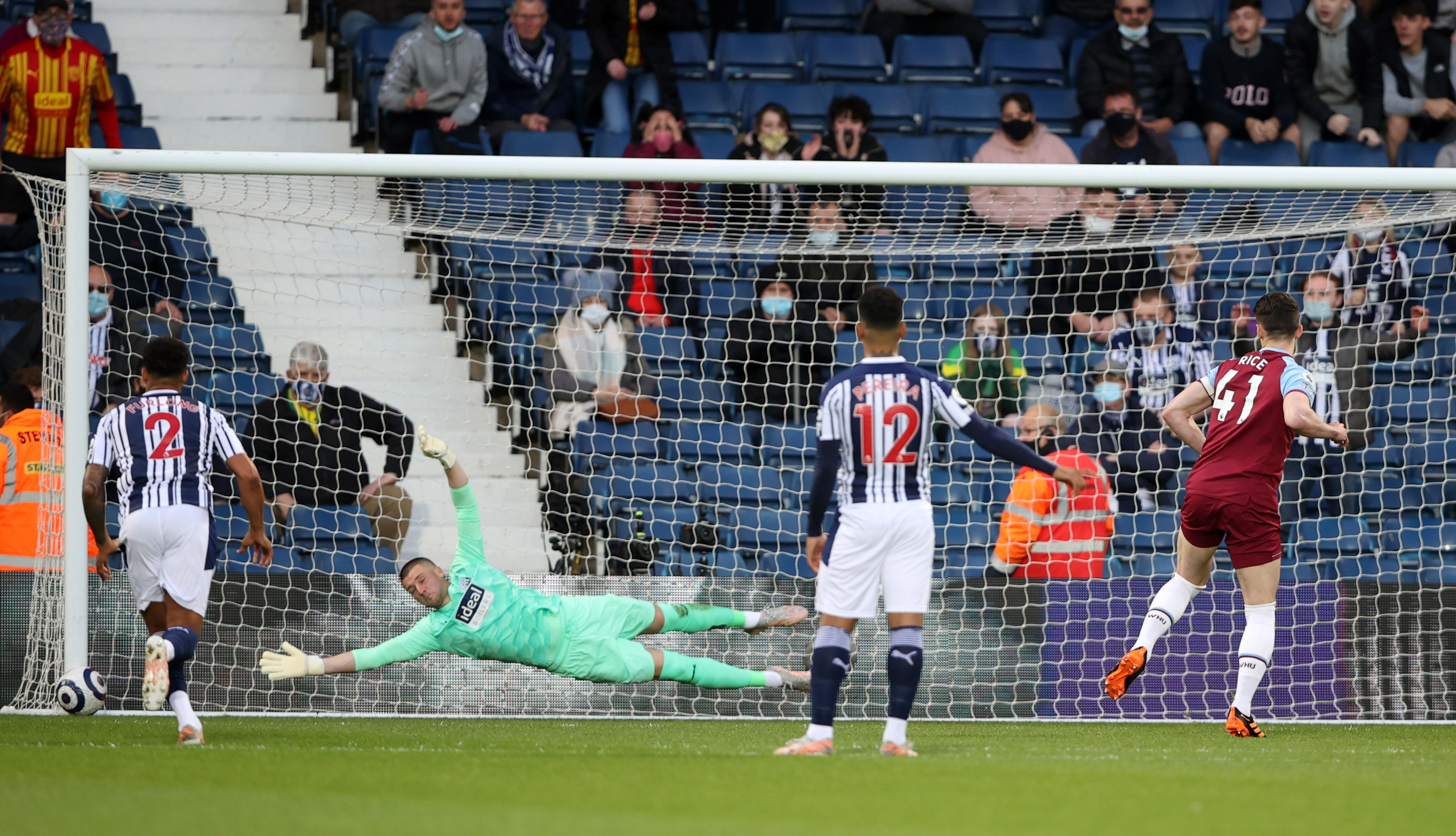 The Hammers were awarded a penalty inside the first minute when Michail Antonio was fouled in the box by goalkeeper Sam Johnstone.

After pulling his shorts up and revealing his thighs to Johnstone and the returning West Brom fans, the 22-year-old smashed his penalty into the post.

West Brom midfielder Matheus Pereira then rubbed salt into Rice's wound when his wicked corner was deflected in off Tomas Soucek.

But the Czech midfielder atoned for conceding by equalising just before half-time.

And late goals from ex-Juventus defender Angelo Ogbonna and Antonio secured a crucial win for the Hammers.

Rice's miss may be an unwanted record but he won't care when he sees West Ham's sold position in the table.

The Hammers need to draw their final Premier League match against Southampton to finish sixth and qualify for the Europa League.

A seventh-place finish will see David Moyes' side qualify for the inaugural Europa Conference League.

Injury permitting, Rice should be part of Gareth Southgate's England squad for the Euros this summer.

The ex-Ireland international has been linked with a move away from the London Stadium, with Chelsea and Manchester City believed to be interested.