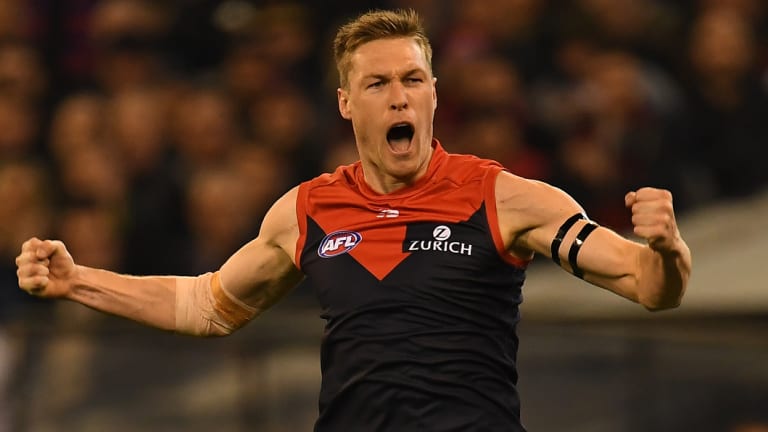 Tom McDonald was a force in attack for the Demons.

A burning question heading into this elimination final was whether Geelong’s preparation in the last week of the home-and-away campaign had been sufficient to prepare the Cats for the intensity of September. A combined winning margin of 235 points against battlers Fremantle and Gold Coast had raised concerns among fans of a ‘‘soft’’ run into the finals.

Well, there might be merit in those claims, after the Cats were eliminated from the finals by an inspired Melbourne at the MCG last night.

While the Demons were wasteful in front of goal through the second and third terms, a stunning five-goal-to-nil opening term was the platform needed to enjoy a 29-point win and book a cut-throat semi-final against Hawthorn at the MCG on Friday night.

‘‘We are playing a brand of footy hopefully they [supporters] can be proud of,’’ Demons captain Nathan Jones said.

‘‘There have seen some solid foundations set over the last few years. Fundamentally, our game stacks up in high-pressure games like tonight.’’ 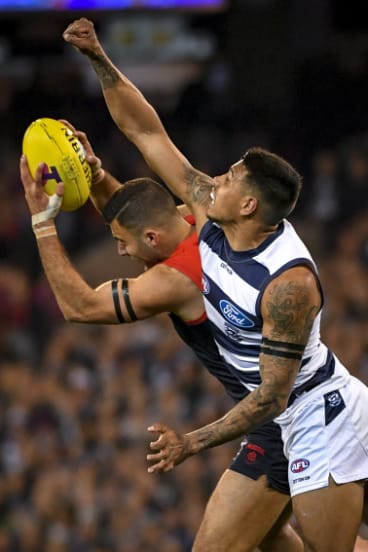 The Hawks and Demons met only once this year, in round four when the Hawks stormed to a 67-point win behind four goals from Luke Breust. But this is a confident, maturing Demons unit, with the sparkle to create havoc this month.

The Cats were left to rue another sluggish start to a final, a major issue of recent seasons, leaving coach Chris Scott with only three wins from his past 12 finals. And the Demons, enjoying the romance of their first finals appearance in 12years, were ready to capitalise.

Key forwards Tom McDonald and Sam Weideman were aerial threats all night, and were instrumental in the first term. Weideman, perhaps only playing because of a season-ending injury to Jesse Hogan, finished with a career-high 24 touches, seven marks and three goals.

The Demons’ attack on the man and ball could not be faltered in the first term, and their slick ball movement was superb. The Cats were wasteful when heading into the attacking 50 and lacked the necessarily composure. Their inability to score in the first term ultimately ended their September plans.

Jack Viney, returning to the side for the first time since round 16 because of foot problems, set the tackling tempo, one that could ensure the Demons of a deep finals run. He was superb all night.

Christian Salem and James Harmes, the latter having curbed Selwood, provided plenty of run, while All-Australian ruckman Max Gawn had the better of Ryan Abbott, in his fourth game.

Veteran Jordan Lewis, lured from Hawthorn to impart the experience of four premierships, was the intercept-marking king across half-back, and was composed on the ball. 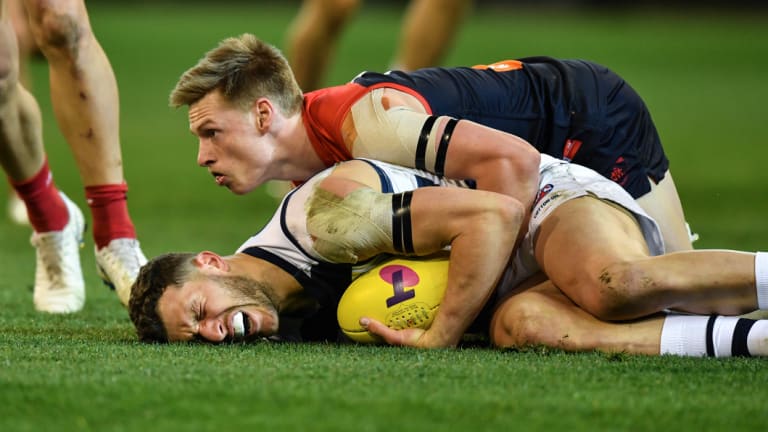 The Cats needed their prime movers to dominate but they were quelled. Patrick Dangerfield battled hard but was not given the space to dominate, while Gary Ablett, in his first final since 2010, worked his way into the contest but there were no moments of magic.

Trailing by 23 points at half-time, Tom Hawkins gave the Cats life with an early mark and goal but Tim Kelly, Dangerfield and Daniel Menzel all missed shots, the latter hitting the post from 15 metres out. Then came a moment Selwood would rather forget. With Hawkins lining up for goal from 25m out, Selwood, in front of the interchange bench as he prepared to go off, grabbed Jake Melksham around the neck and threw him to the ground. A free kick against Selwood was paid, and the Cats’ skipper had squandered a crucial opportunity.

Fortunately for the Cats, the Demons continued to waste opportunities of their own, and managed only a combined 1.10 in the second and third terms.

The Demons could not have scripted their opening term better. McDonald was everywhere, either taking contested marks up forward or providing a target at half-back. He had the opening goal of the night, marking strongly on the lead, and the Demons were off. 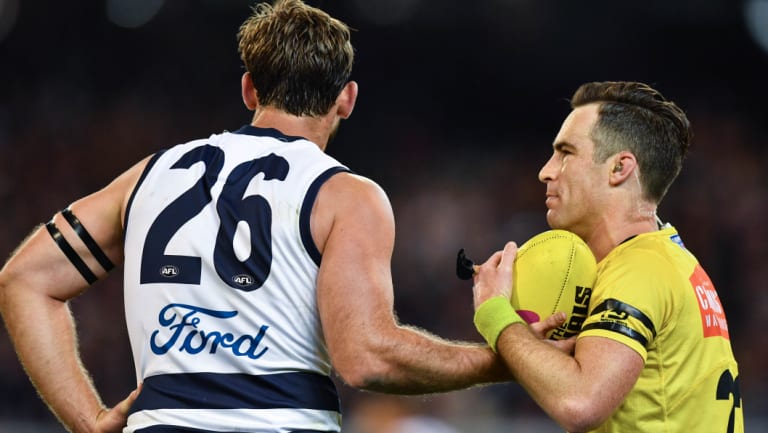 The umpire takes the ball from Tom Hawkins after a controversial off-the-ball free kick.

Gawn pushed forward and marked a clever kick from Lewis, converting from almost the same spot where he missed the game-winning goal against the Cats in round one.

McDonald was instrumental in Harmes adding the Demons’ third, the Cats already in major trouble. Their efficiency heading inside 50 was terrible, while the Demons moved the ball at will.

Weideman emerged as a major threat, his first coming from a controversial free kick against Abbott, while his second summed up the Cats’ woes, for he marked a long miskick from Melksham, and converted from 15m out after the siren. The Cats had seven players with only one possession and one with none – that being Menzel – by quarter-time. It didn’t get much better for Menzel early in the second term but the Cats did lift.