The premiership race is well and truly open according to a disappointed but defiant Geelong coach Chris Scott after the Cats fell just short of toppling the flag favourites at the MCG on Friday night.

Only an uncharacteristic Gary Ablett miss late in the game that would have given Geelong the lead with less than two minutes remaining stood between victory and defeat after the Cats surged late to scare the Tigers. 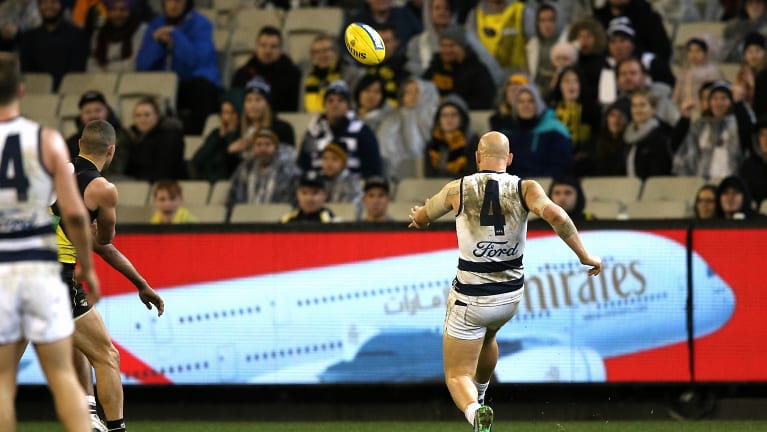 Gary Ablett misses a chance at goal in the dying minutes.

Scott said the result showed that Geelong does not need to change things drastically to beat Richmond despite losing their past three encounters.

"They are the best side in it at the moment but they need a lot to go right for them to win it, no question," Scott said.

Scott refused to be critical of Ablett for missing the shot at goal or defender Jackson Thurlow who missed a target in the middle of the ground midway through the last quarter as the Cats were pressing.

"If we get another chance to play them – and hopefully we do – we will give ourselves a really good chance and I think there are other teams in exactly the same boat as well," Scott said.

"They are a good team but they are beatable." 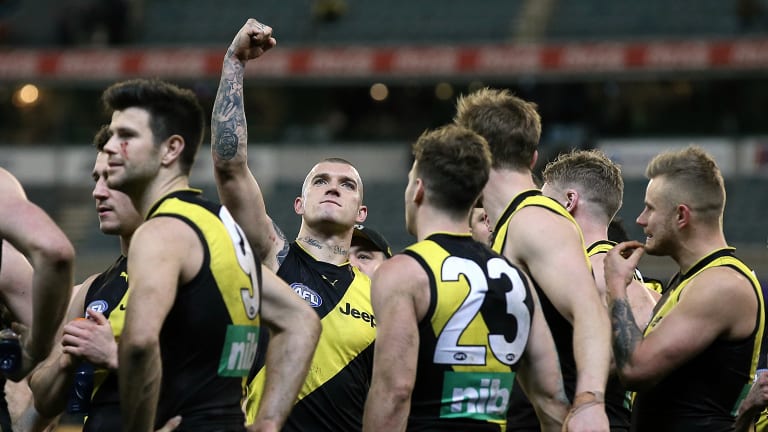 Richmond have won 19 games in a row.

Richmond admitted that Geelong's willingness to attack through the corridor presented a challenge although Hardwick said the approach carried risk for the Cats.

The Tigers were able to withstand the pressure and kick away twice when challenged and remain unbeaten at the MCG this season.

Scott, however, remained on the front foot with his assessment of the Tigers.

"When you talk about the juggernauts of the competition of years gone by, you were just never in the game against them. I don't see that," Scott said.

"I don't want to overstate it. We went down by less than a kick tonight and we think we can play better. They will say they can play better as well, I understand that," Scott said. 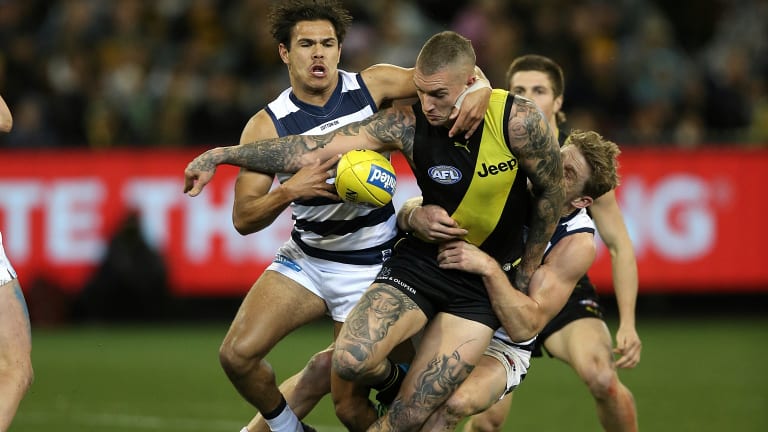 Scott was dismissive of any considerations about what the result would do for the Cats' final eight chances with the team just hanging on to a spot inside the eight.

Geelong play Hawthorn next week at the MCG in what shapes as a defining game and Scott, although pleased with Ryan Abbott's performance on debut, said he was hopeful Rhys Stanley would be available next week.