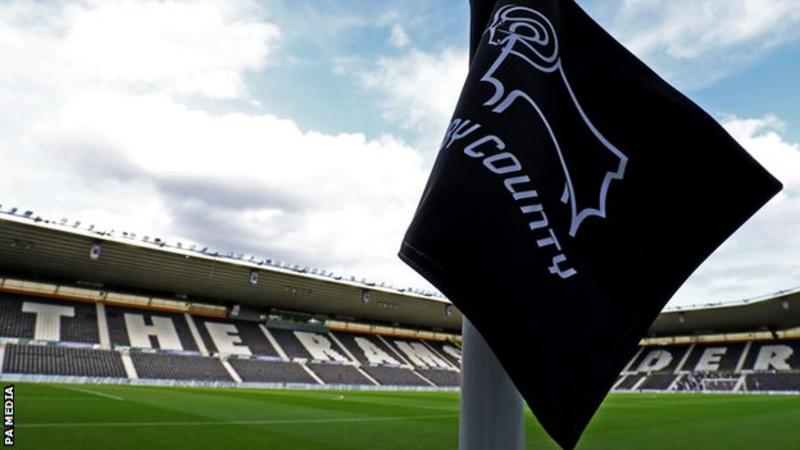 Derby County say the English Football League’s decision to charge them with a breach of spending rules is ‘unlawful’.

The club were charged by the EFL on Thursday in relation to losses made in the three years up to June of 2018 and face a possible points deduction.

The losses were recorded despite the club posting a pre-tax profit of £14.6m in 2017-18 after Pride Park was sold to Rams owner Mel Morris for £80m.

A Derby statement said they would “vigorously contest the charges”.

The statement, issued more than 24 hours after the EFL’s charge, continued: “While the club accepts the EFL’s Financial Fair Play/profitability and sustainability regulations are complex and open to interpretation, it is critical when such matters have been discussed and reviewed in detail, that written approval from the EFL is the only basis on which a club can be assured it has complied.

“These charges by the EFL Executive bring this fundamental aspect of governance into question. The EFL now claims it made a mistake and seeks to punish the club that relied on the EFL’s approval. Such conduct is neither lawful nor fair.”

Following the decision to charge the Rams, the matter will be referred to an Independent Disciplinary Commission.

Between 1 July, 2017 and 30 June, 2018, Derby recorded a pre-tax profit for the first time in 10 years and in the three years under review by the EFL, the club saw combined pre-tax losses of just over £8m.

That figure appears well below the £39m of allowable losses set out in the league’s rules, but the sale of their Pride Park home has come under scrutiny.

The Rams have leased back the ground, said to have been independently valued at £80m despite it being on the club’s books as an asset worth £41m, from a company owned by Morris.

“Had the EFL not given the green light in writing in respect of both charges, the club would have reacted accordingly. The club cannot re-trace the steps of the actions it legitimately took in good faith as a result of EFL approval of both matters,” Derby’s statement added.

“The EFL can choose to correct what they now see as an error in their decisions. However, it cannot punish the club for its own errors. The club shall therefore vigorously contest the charges and the EFL’s legal right to bring them.”

The club claim the stadium was valued by professional valuers and the matter was discussed “extensively” with the EFL Executive who asked for a price adjustment which the club accepted.

By selling the ground to Morris, the Rams set a trend which has been followed by Sheffield Wednesday, Aston Villa, Reading and Birmingham City.

Wednesday were charged with misconduct in December over the sale of Hillsborough, which helped them record a profit of £2.5m in 2017-18 – and they also claim the EFL were “acting unlawfully” by brigning the charge against them.

Derby also revealed the EFL charge for making excessive losses also relates to its accounting policy relating to the amortisation of players – which is effectively how the club calculates costs of its squad.

The way in which the club calculates the value of players as intangible assets was changed in the three-year period of Profitability and Sustainability under review.