DEREK CHISORA refuses to retire even after his latest punishing loss to Tyson Fury left him spitting blood and spurning burgers.

The 38-year-old veteran of 46 fights and 13 losses was battered over 10 hard-to-watch rounds by the WBC Gypsy King in Tottenham on Saturday. 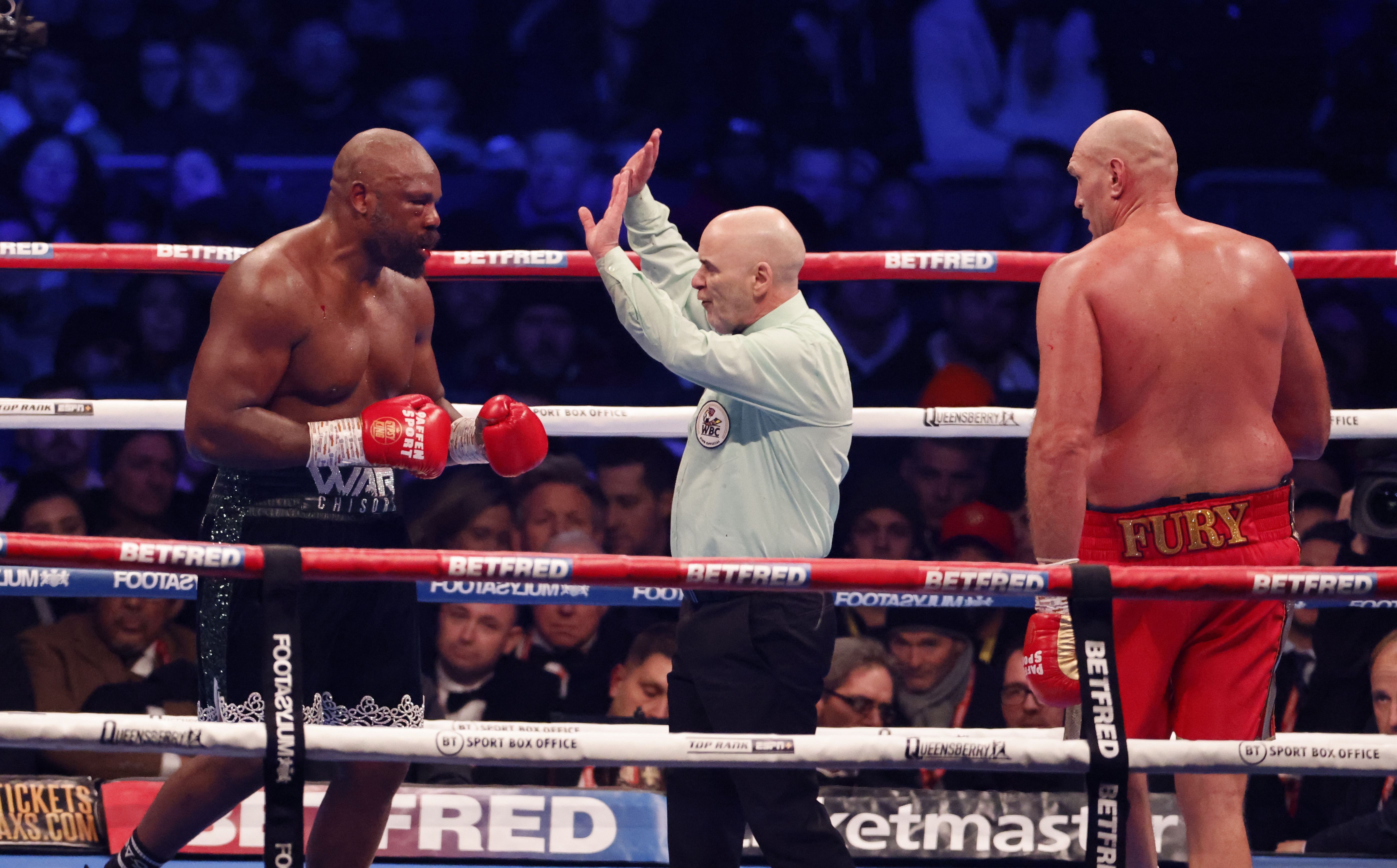 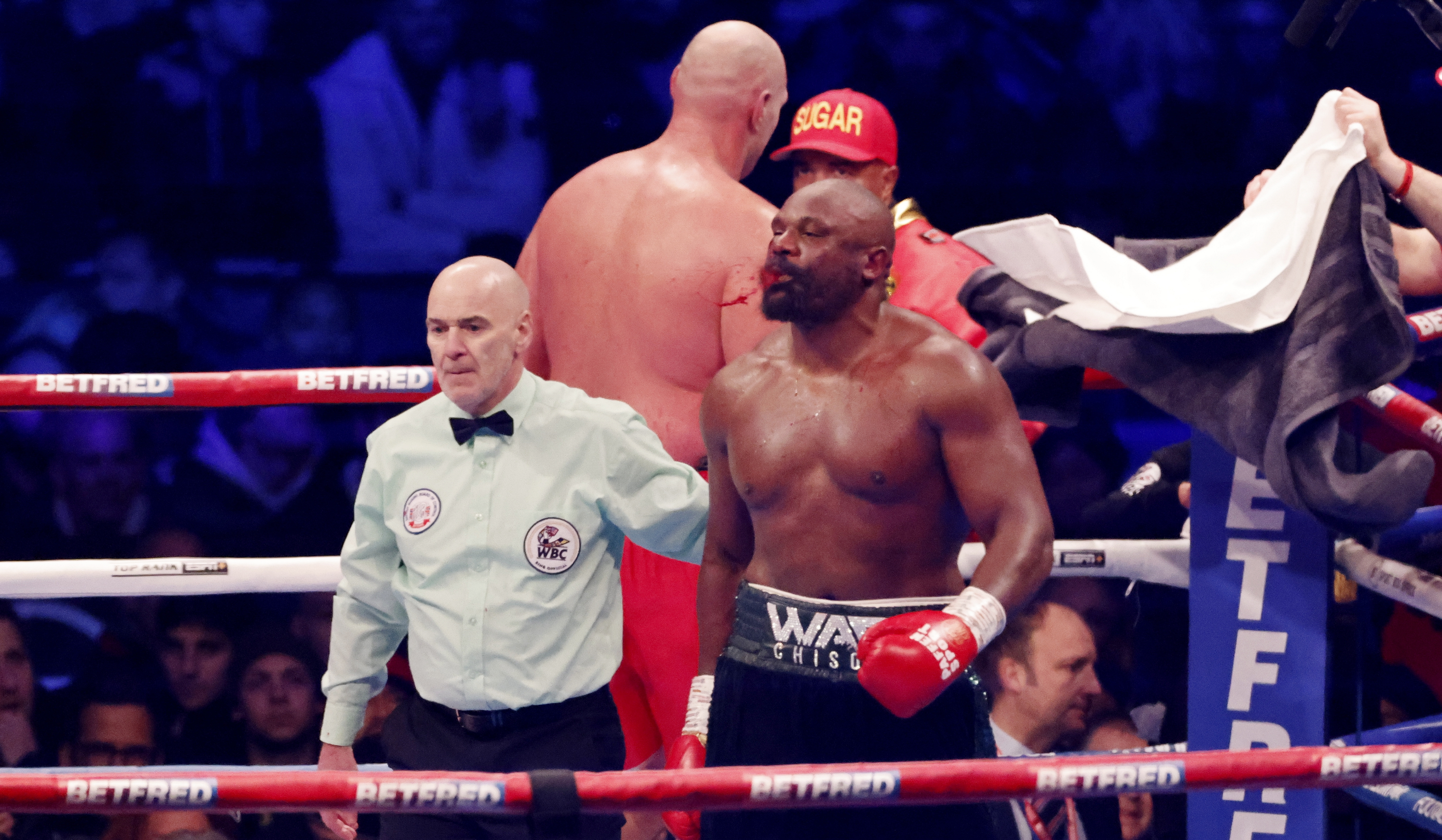 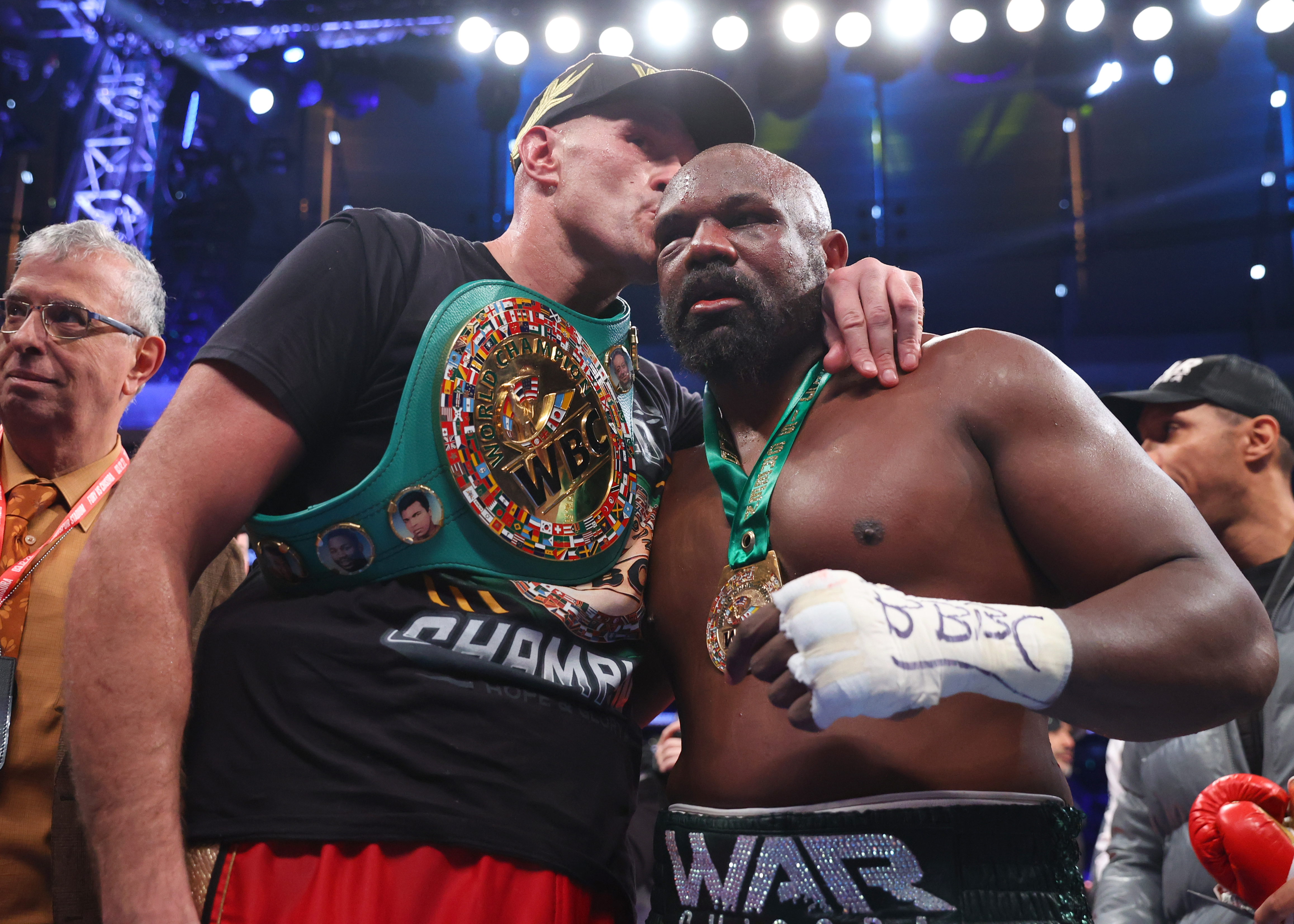 And even 34-year-old Fury – who now has a hat-trick of wins over Del Boy – urged him to hang up his gloves after handing him a £2million payday and a thorough pasting.

The Brit had his nine and four-year-old daughters at the fight, where he was pummelled into spewing mouthfuls of his own plasma across the ring.

And he left with a jaw so bruised he could not even share one of his favourite post-fight Five Guys buns with concerned Fury, who visited his dressing room.

Chisora did narrowly outpoint Kubrat Pulev in July and he won early rounds against unified champion Oleksandr Usyk in 2020.

Reaction as Fury set for elbow surgery, has X-rated clash with Usyk

But he has now lost five of his last nine, struggles for fitness after four and has a trainer in Don Charles who is too brave on his behalf, so thankfully referee Victor Loughlin stopped the assault on Saturday.

But – unless the British Boxing Board of Control finds a way to refuse to licence – the fearless 18st hero insists he will keep on getting hurt for the entertainment of a few blood-thirsty ghouls – as the real fans now fear for his safety more than hope for his success.

And he is even threatening to travel abroad for more punishment, where local commissions unfamiliar with his heroic career might be more focused on their sanctioning fees than his health.

After spending an age with the medical staff at Spurs but refusing to go to hospital, he managed to mumble: “The ref was right, I was not doing much.

Reaction as Fury set for elbow surgery, has X-rated clash with Usyk 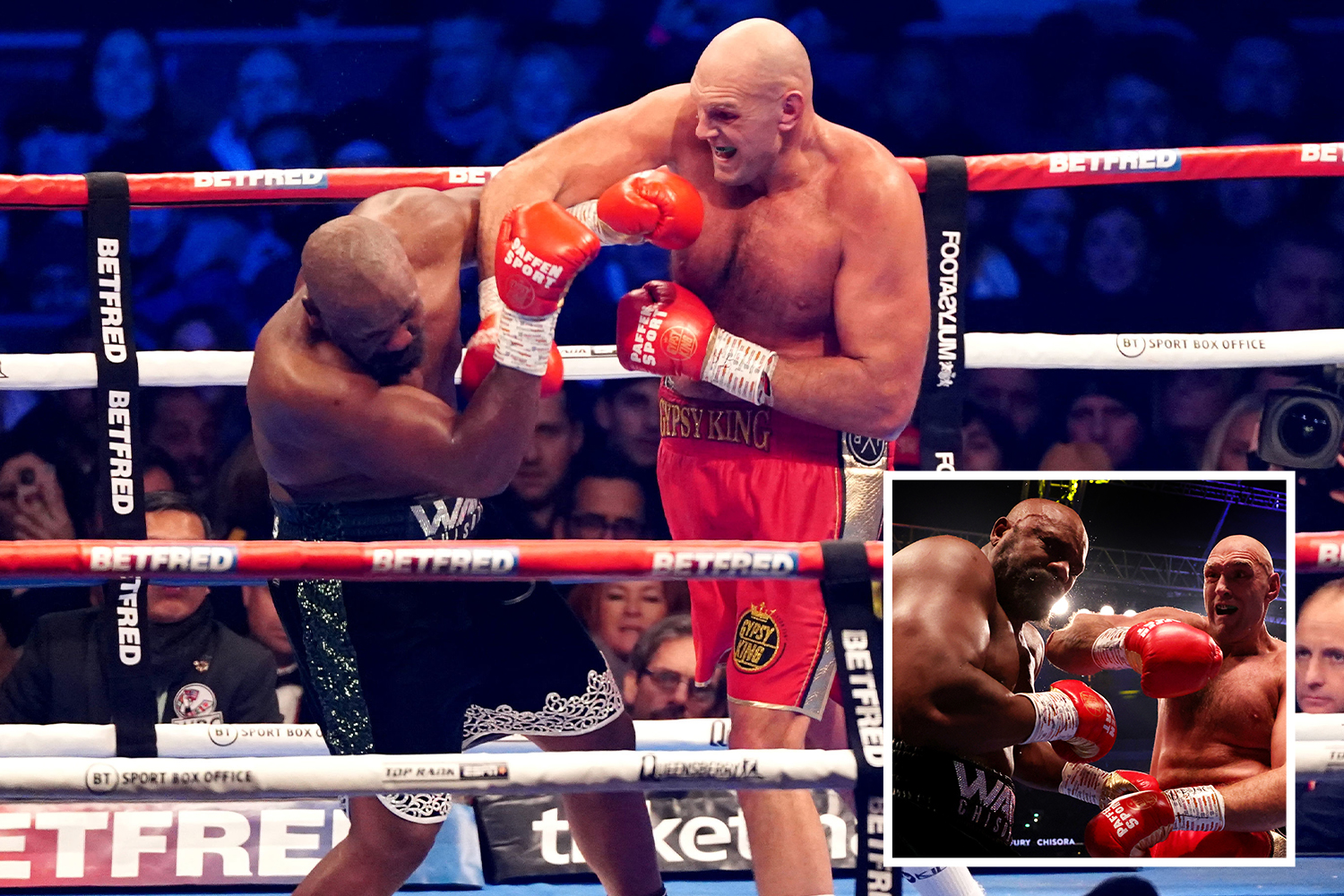 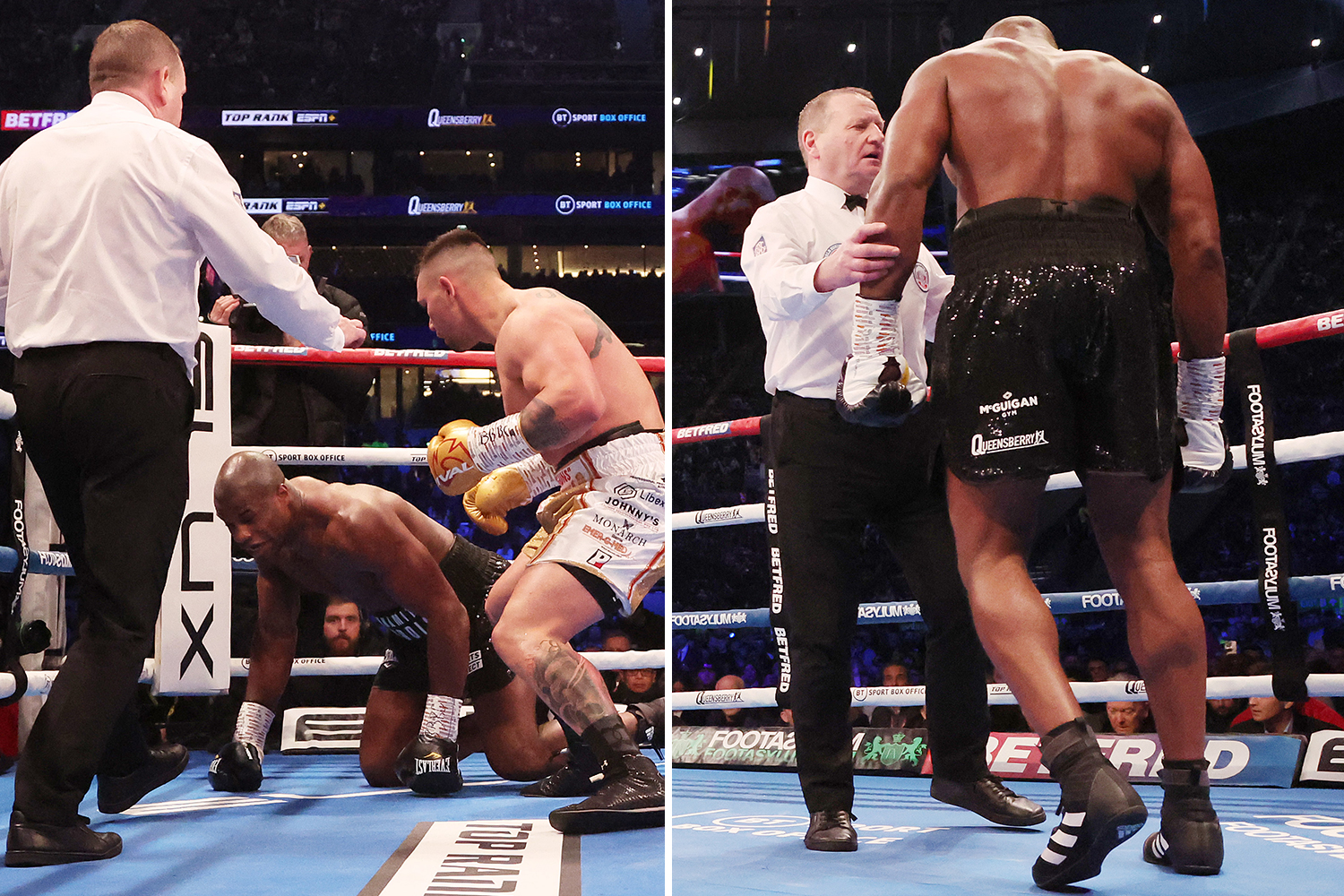 "Fighters never want to stop but that’s why the refs are there, because we have to go home to our kids.

“I want to go on the road now for more fights.”

Fury has threatened to fight into his forties but he seems to genuinely care about Chisora and hopes the pension pot he supplied is enough for him to bow out with.

He said: “I can’t speak for any other man, I can’t make decisions for him.

“Derek will have to make his own decisions, but he’s been in this game long enough and he will make the best decisions for him and his family.

“For me, I’d love to see him retire but still stay in the sport because he’s a legend in British boxing, he’s like a folk hero.”

Matchroom promoter Eddie Hearn – who made a lot of Chisora’s recent fights – also urged his fading star attraction to retire from the ring.

But this is the same man who tried to throw him in with monster-punching Deontay Wilder earlier this year, when the outcome could have been a far more gruesome execution than Fury’s excessive sparring session.