Now the Argentina legend has had a taste of what it's like to be on the receiving end. 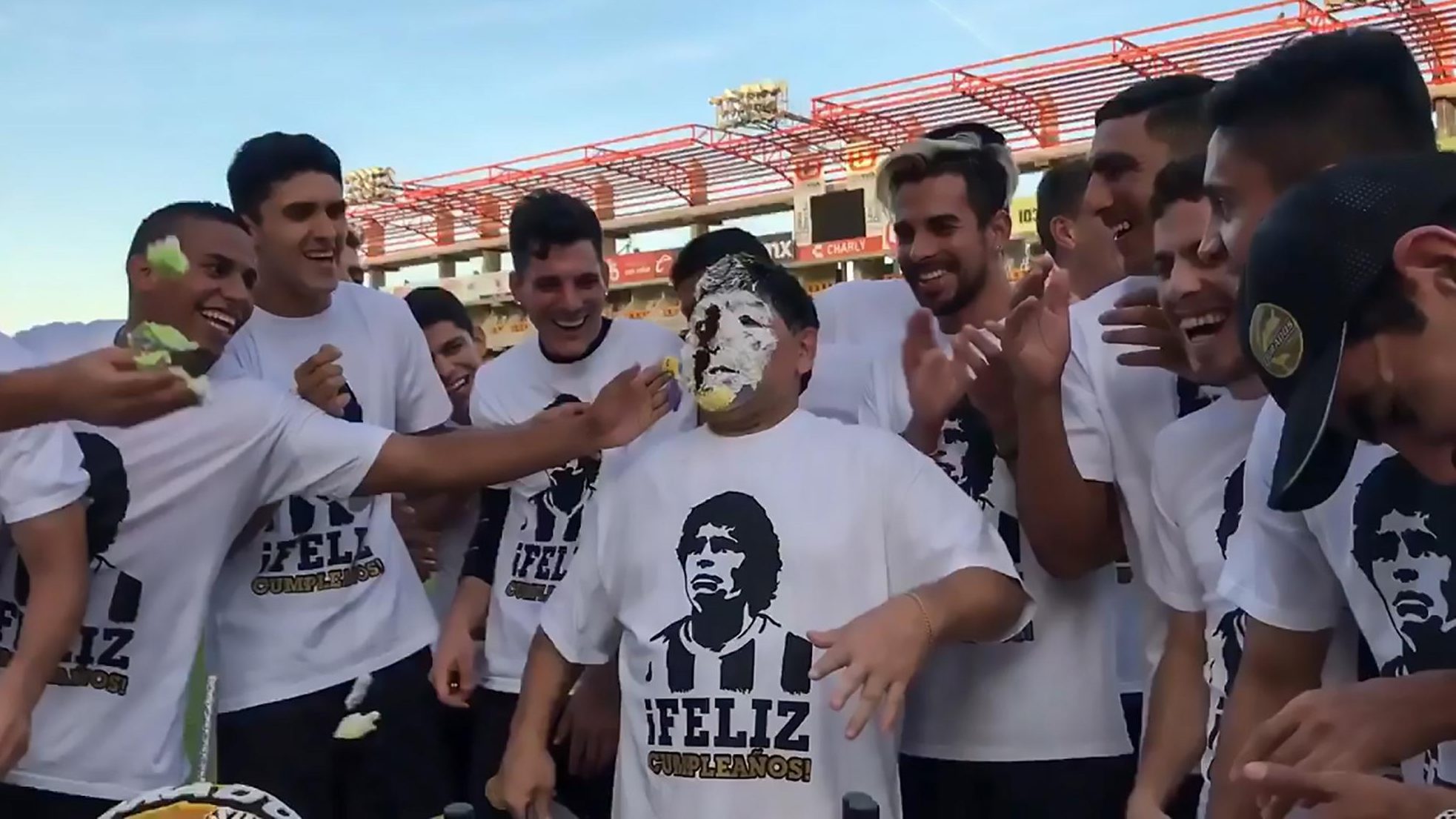 His  face was shoved into a cake by his Dorados De Sinaloa players after he hobbled onto the pitch to help the Mexican second-tier club celebrate his 58th birthday.

A beaming Maradona, who has had injections to slow down the effects of arthritis, was already in good spirits.

He said: "The best present would be seeing my grandson.

"Parties don't interest me nor does how old I am. 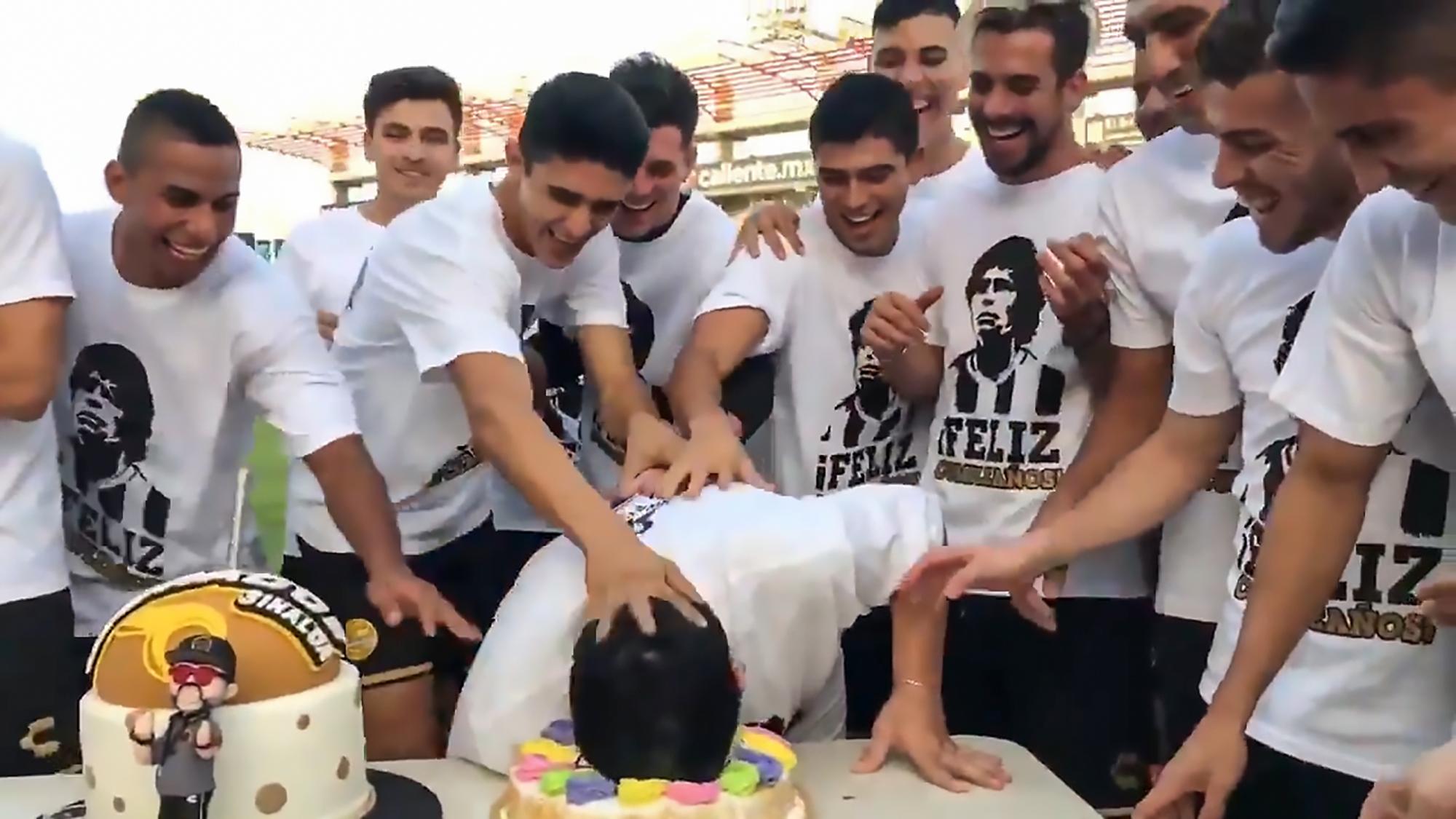 "It seems like yesterday I was 20 years old and now I am going to turn 58.

"I have had many good years and some bad ones, but I can walk down the street with my head held high because I haven't done anything bad to anyone."

Dorados players lined up on the pitch in T-shirts with "happy birthday" and a portrait of Maradona on them.

The 1986 World Cup winner, whose infamous handball helped KO England in the quarter-finals, then shuffled out of the tunnel to greet them.

Maradona was serenaded with a round of "happy birthday to you" as two cakes were presented to him.

One was an an edible model of the former Barcelona and Napoli hero in front of the Dorados badge.

He responded by high-fiving the whole squad and staff as they clapped him and lit a single candle. 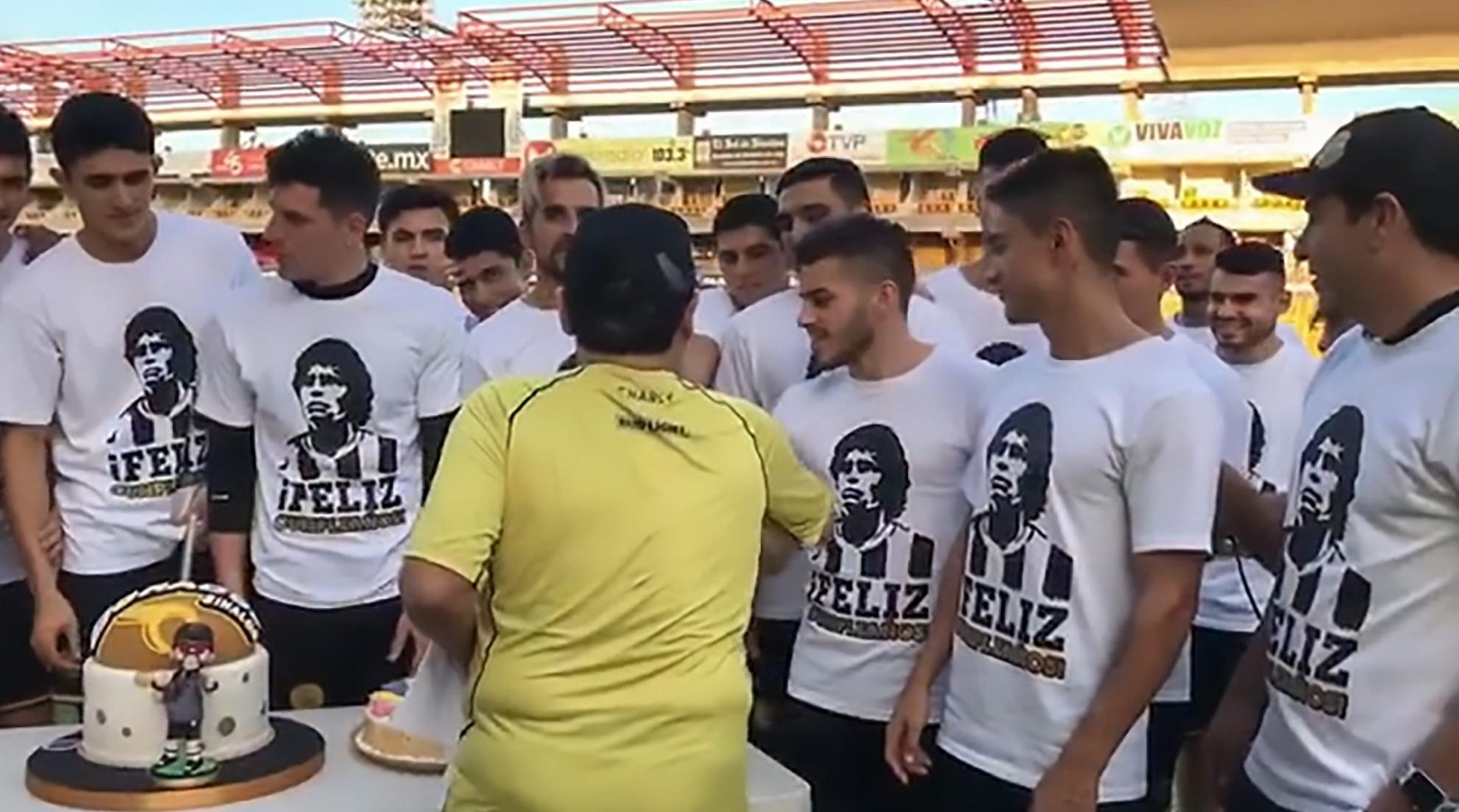 Then came the big moment.

The Dorados stars pushed Maradona's face into one of the cakes.

And their grins turned to laughter when the all-time great's face emerges covered in white icing.

it all must be a welcome respite for ex-Argentina manager Maradona, who has fought addictions to drink and cocaine, as well as weight problems. 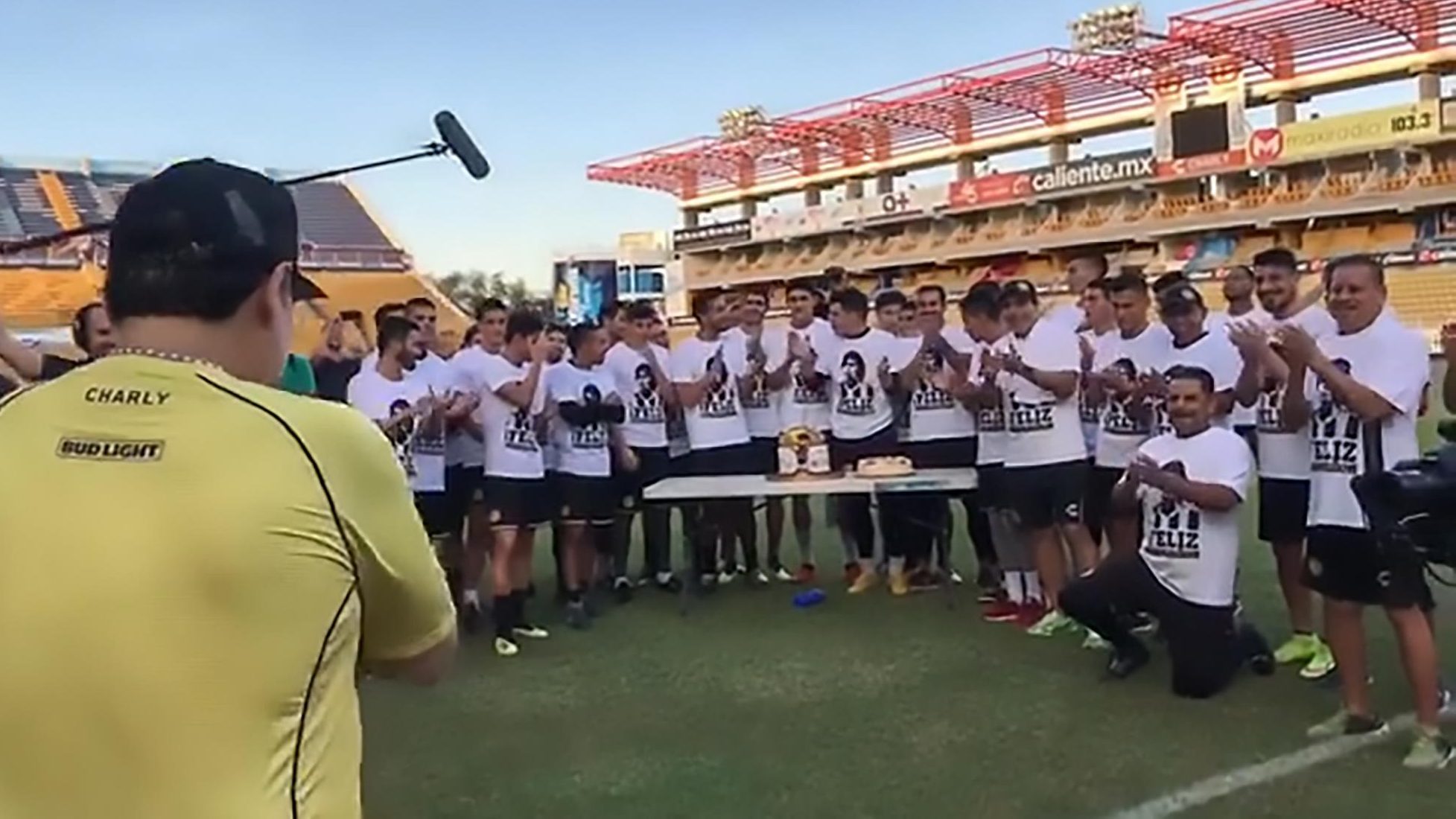 But on the pitch Maradona seems to be settling down well in the Ascenso MX – Mexico's second division.

Dorados have risen to seventh after four wins from his first five games in charge.