The Brixton Body Snatcher floored the former WBO champ twice on Saturday and climbed off the canvas in the final seconds to cling on for a unanimous decision. 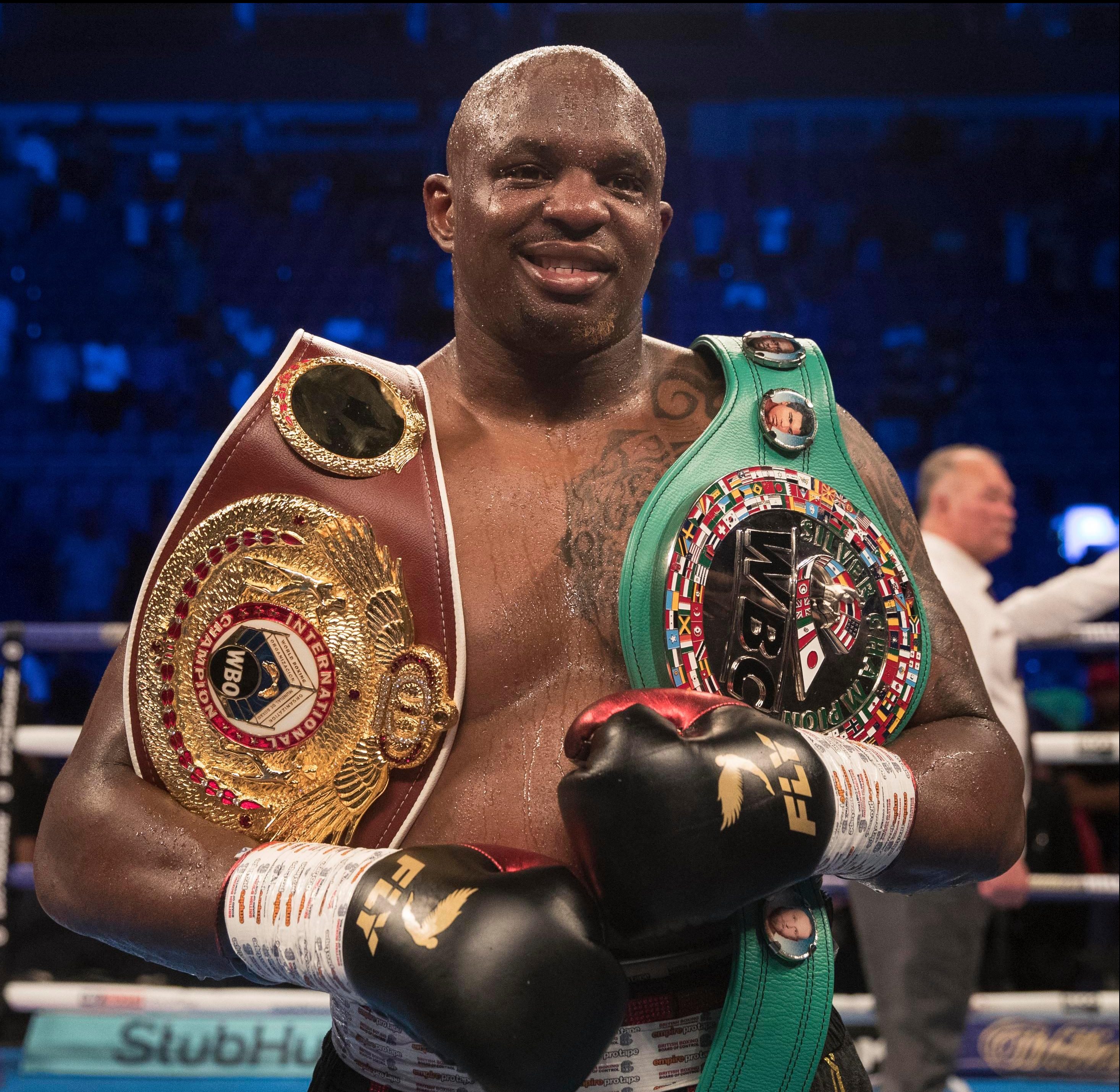 The 30-year-old could land a third bout with AJ on April 13, with the current score 1-1 after clashes in the amateur and pro ranks.

But promoter Eddie Hearn will wave a £6million cheque under the unbeaten nose of WBC champ Wilder this week in a bid to get Whyte a deserved November shot at the Bronze Bomber.

Matchroom boss Hearn said: “I would like Dillian to fight Wilder, who hasn’t got an opponent for November or December.

“I’ll be making Wilder an offer this week.” 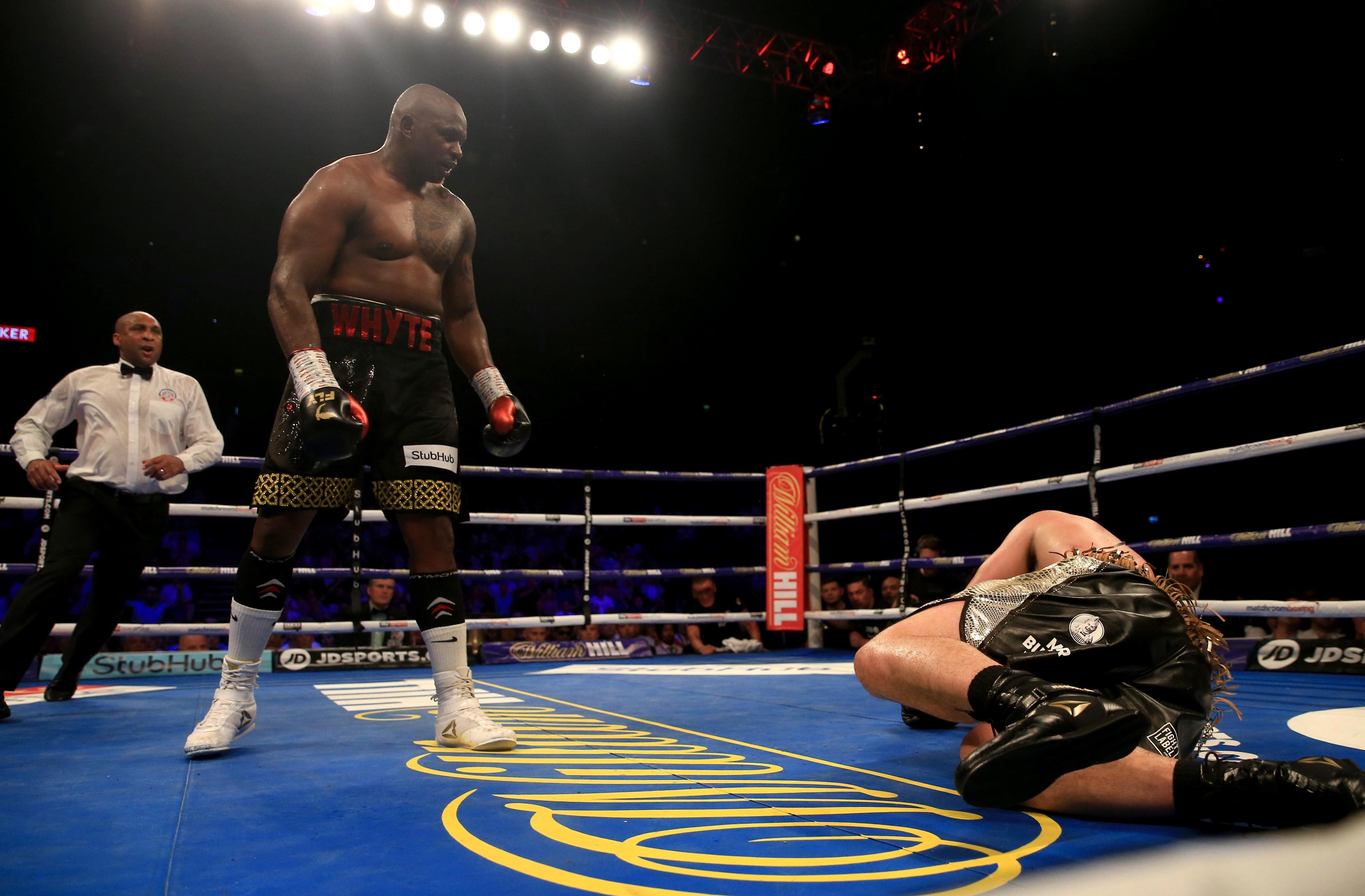 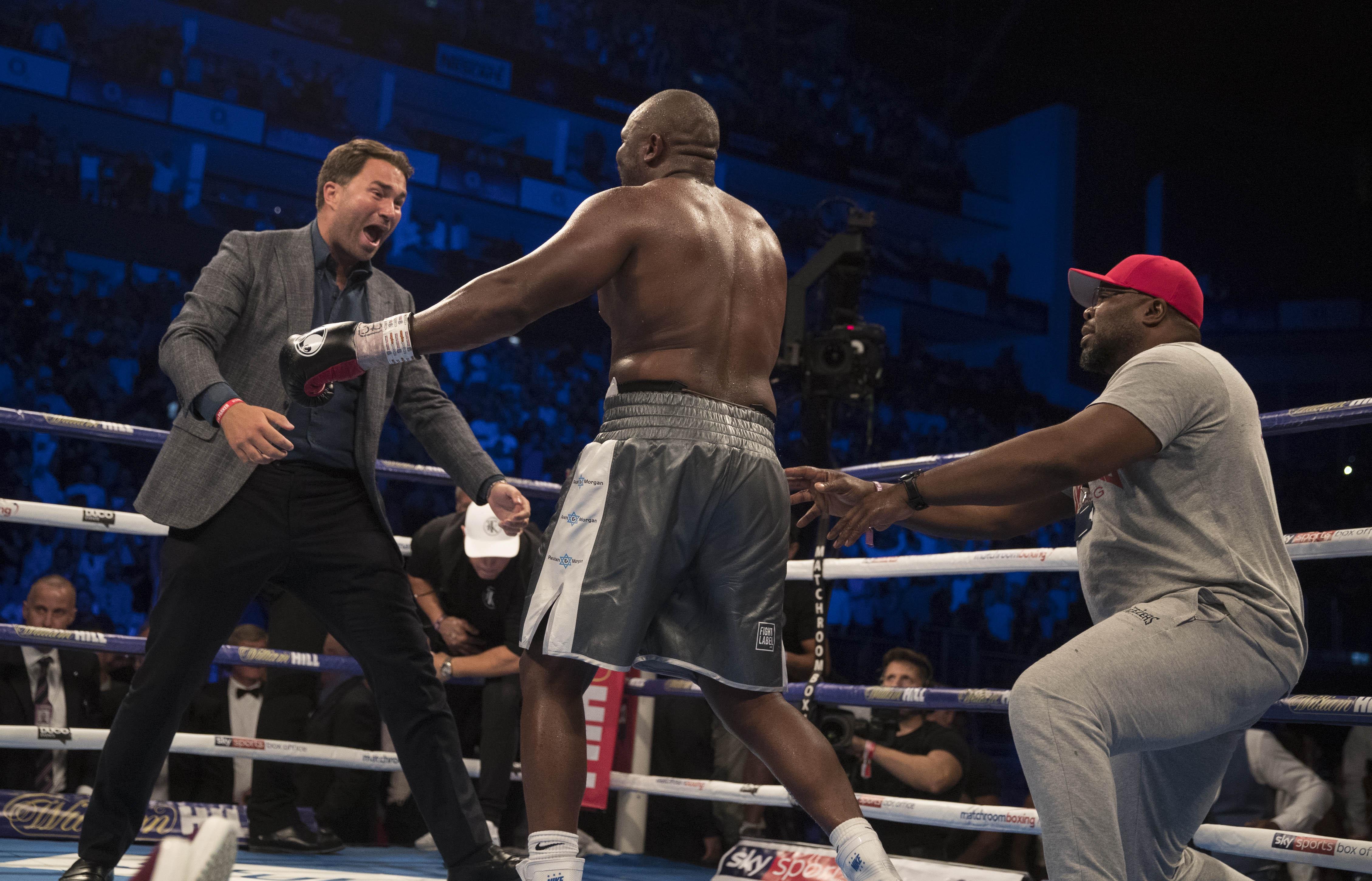 Whyte, 30, has turned his career around since his 2015 loss to AJ and he has vowed to improve again and trim down to be more mobile for his next fight.

Hearn wants to crack America with the reformed bad boy, whose history of being stabbed, shot and kidnapped before finding martial arts and boxing is a dream Hollywood script.

Wilder’s refusal to travel to Wembley could play into Whyte’s heavy hands when Hearn gets to the negotiating table. He said: “We could do it in America. Wilder seems to be worried about coming to the UK so we will do it in Brooklyn.

“It will make fortunes for the pair of them. Wilder will want to fight in October or November. 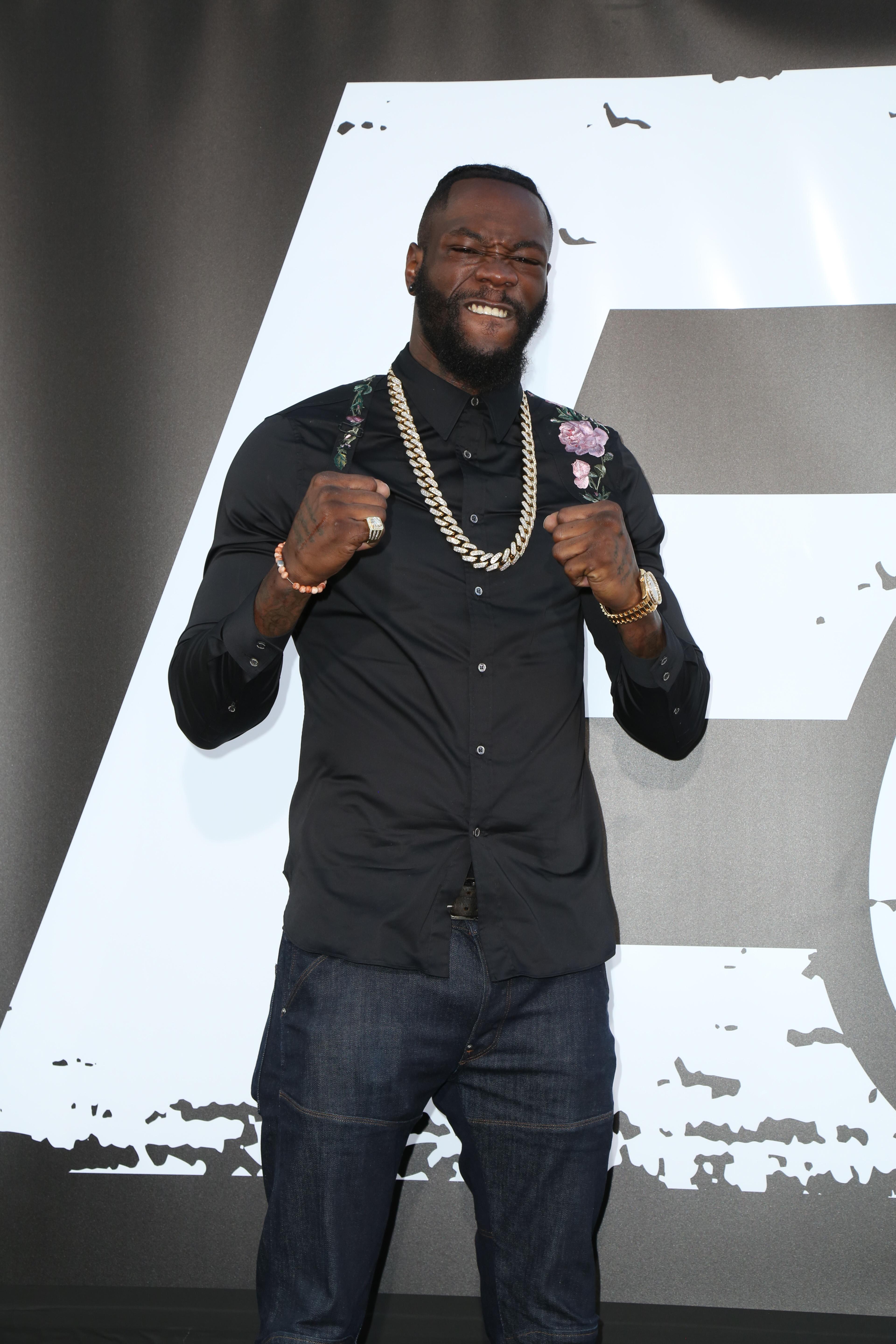 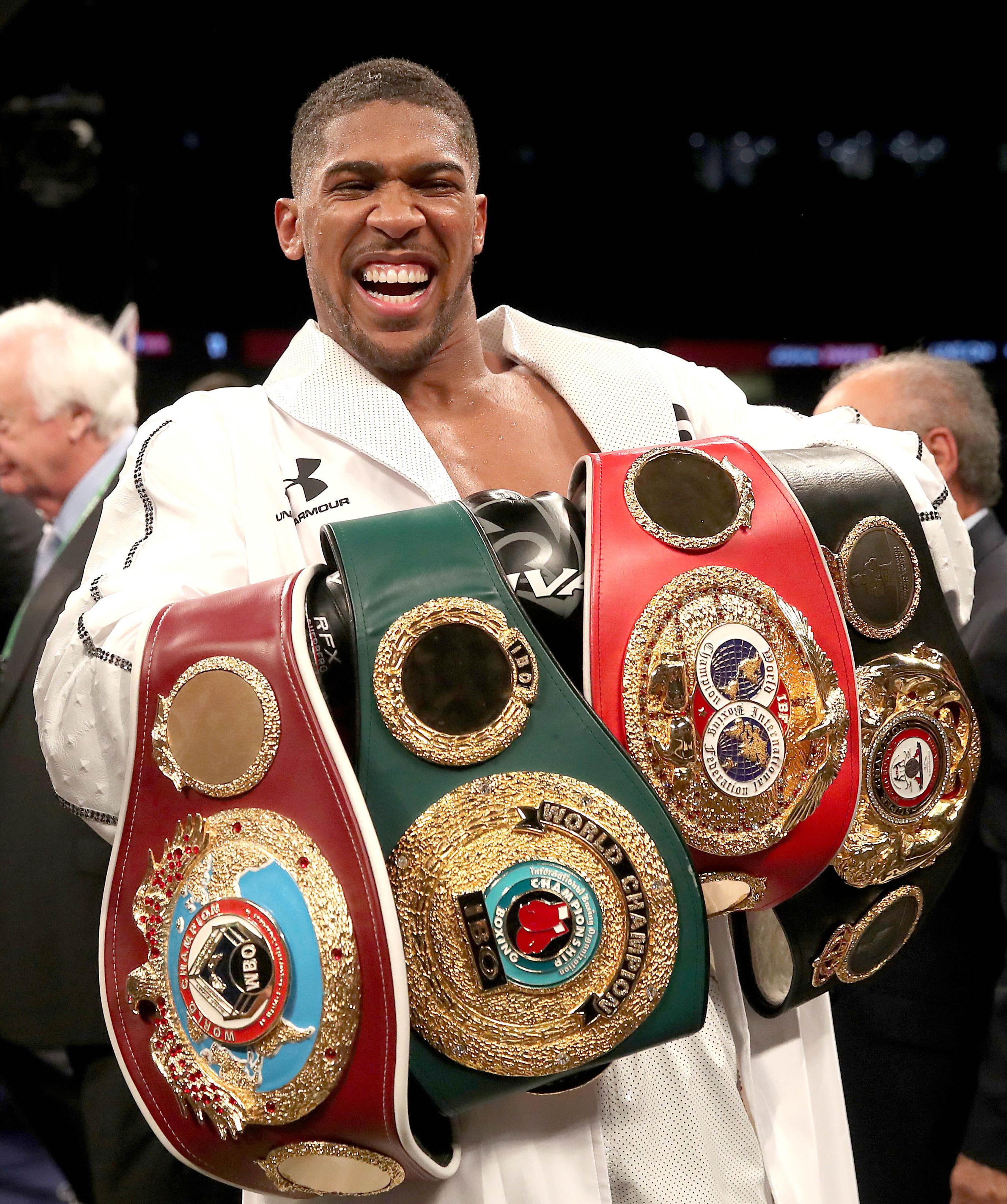 “Why wouldn’t he fight Dillian? He must look at that last round and think, ‘Yeah’.

“Wilder is a huge puncher so he will think it’s an easy fight and he gets £6m for it.”

Whyte, whose success saw him win the vacant WBO International heavyweight title and retain the WBC Silver heavyweight crown, is happy to go on the road to chase Wilder or take the clash with Joshua.

He said: “Last time I fought AJ I tried to outbox him because we thought he had stamina issues but next time I would take it to him.

“I will live on his chest, rough him up and look for the punches that hurt him because I know what he is vulnerable to.

“He is more experienced than me but I am coming up and I am learning and working.”

Battered and bruised Joseph Parker would like to get back to winning fights instead of fans.

The Kiwi’s all-action performance had sections the 02 Arena in London rooting for him.

Hearn claimed Parker has lost his motivation after banking £6m from his March bout with Joshua and should retire. But the 26-year-old said: “My goal is still to become a two-time world champion.

“We both knocked each other down, it was a great fight so it would be great to get the rematch. We have fantastic support here and would love to fight here again.”

Parker’s team insisted the round-two clash of heads that sent their man to the canvas for the first time in his life was illegal and should have been ruled out.

Trainer Kevin Barry said the clash of skulls swung the round in Whyte’s favour unfairly and stunned his man through to round four.

But Parker said: “There are no bitter feelings, I did my best.”