Dillian Whyte offers out Dereck Chisora for a £50,000 brawl as bad blood between two boxers continues

The two heavyweight boxers looked to have settled their differences in the ring when Whyte secured a points victory in a stunning fight in December 2016. 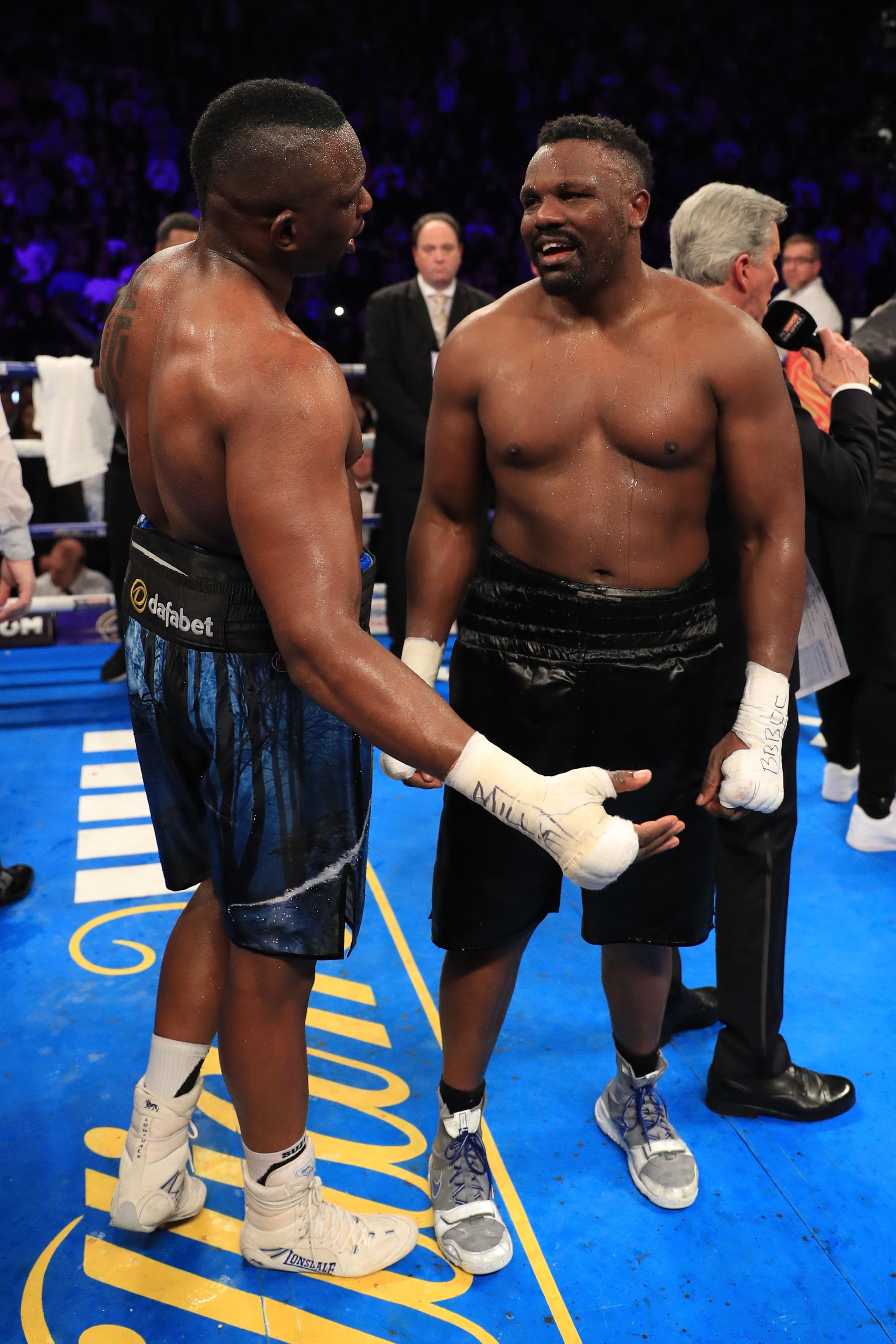 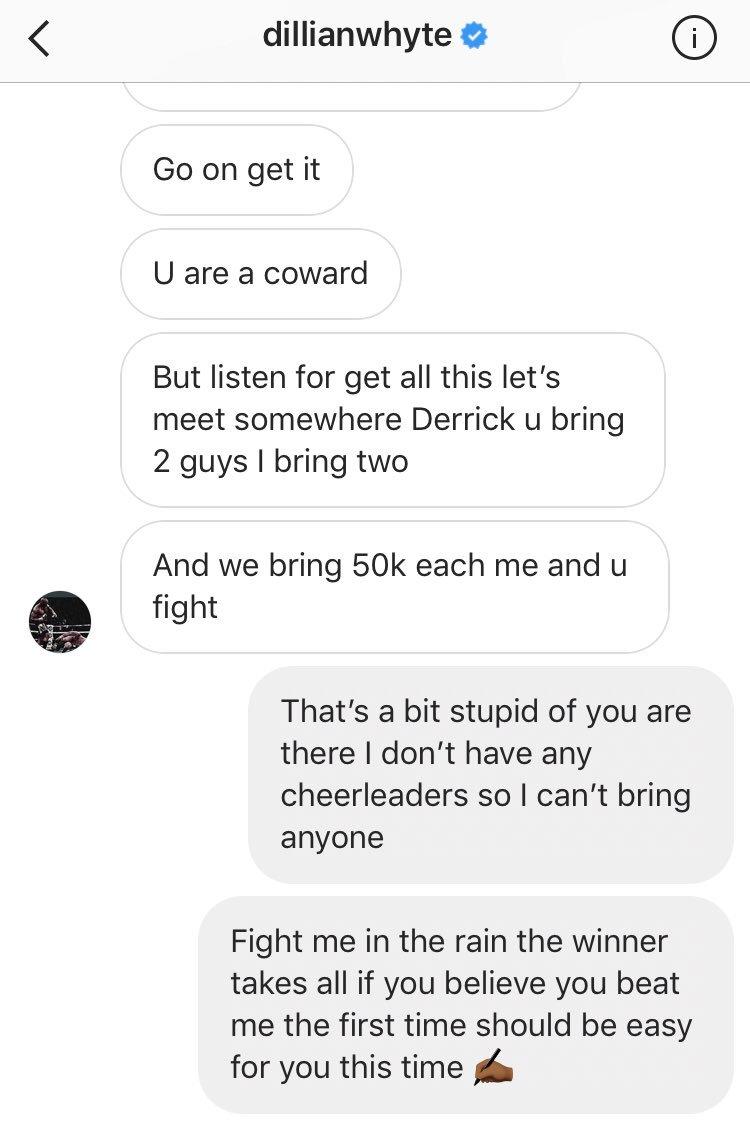 But clearly the bad blood still exists between the two Brits.

Chisora uploaded onto Twitter a screenshot of what appears to be messages sent to him from Whyte on Instagram.

"U are a coward," Whyte appears to have written.

"But listen for get all this let’s meet somewhere Derrick u bring 2 guys I bring two. 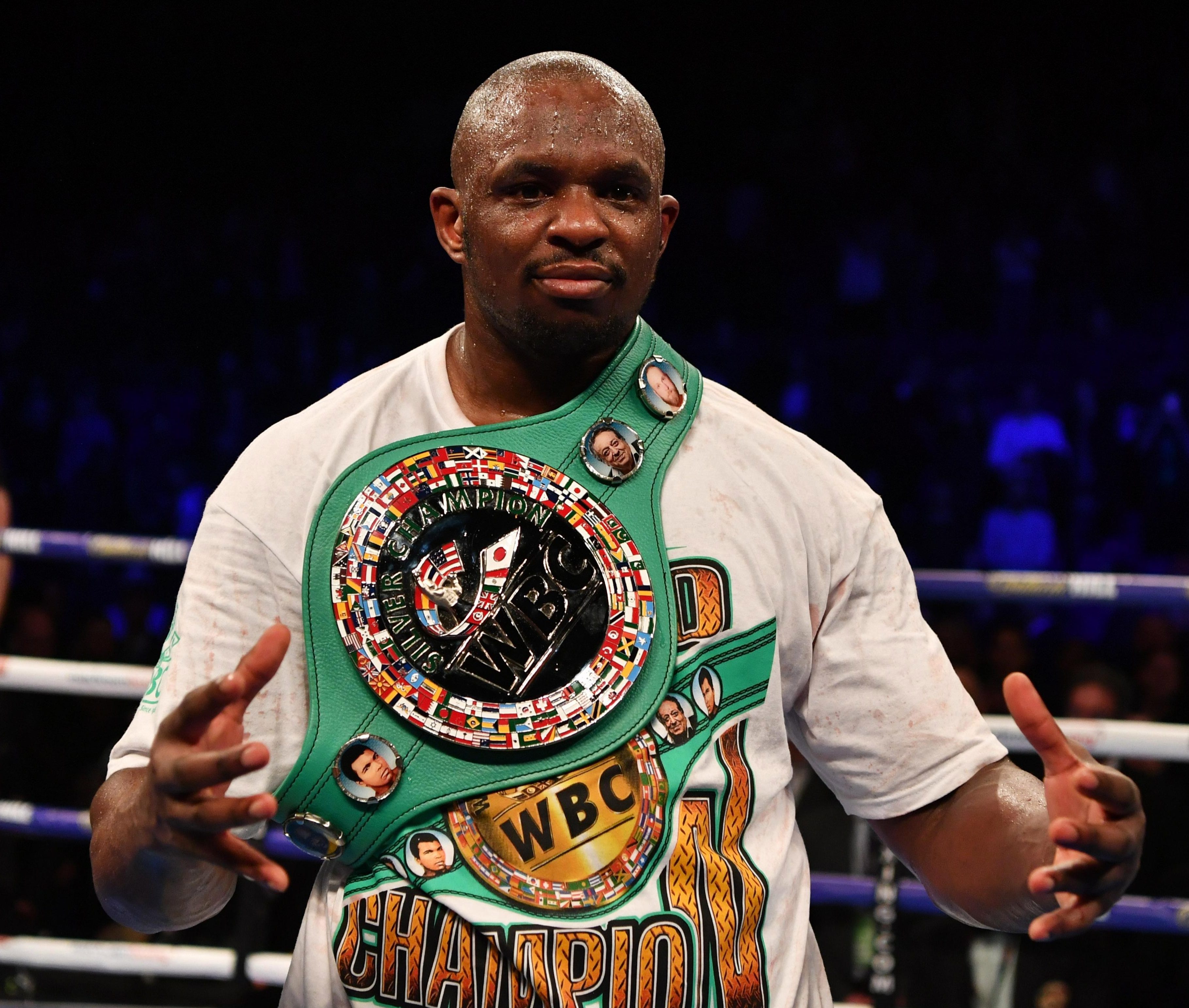 Chisora replied: “That’s a bit stupid of you are there I don’t have any cheerleaders so I can’t bring anyone.

“Fight me in the rain the winner takes all if you believe you beat me the first time should be easy for you this time.”

It certainly doesn't appear the fight Whyte's Matchroom promoter Eddie Hearn will be looking to sanction any time soon. 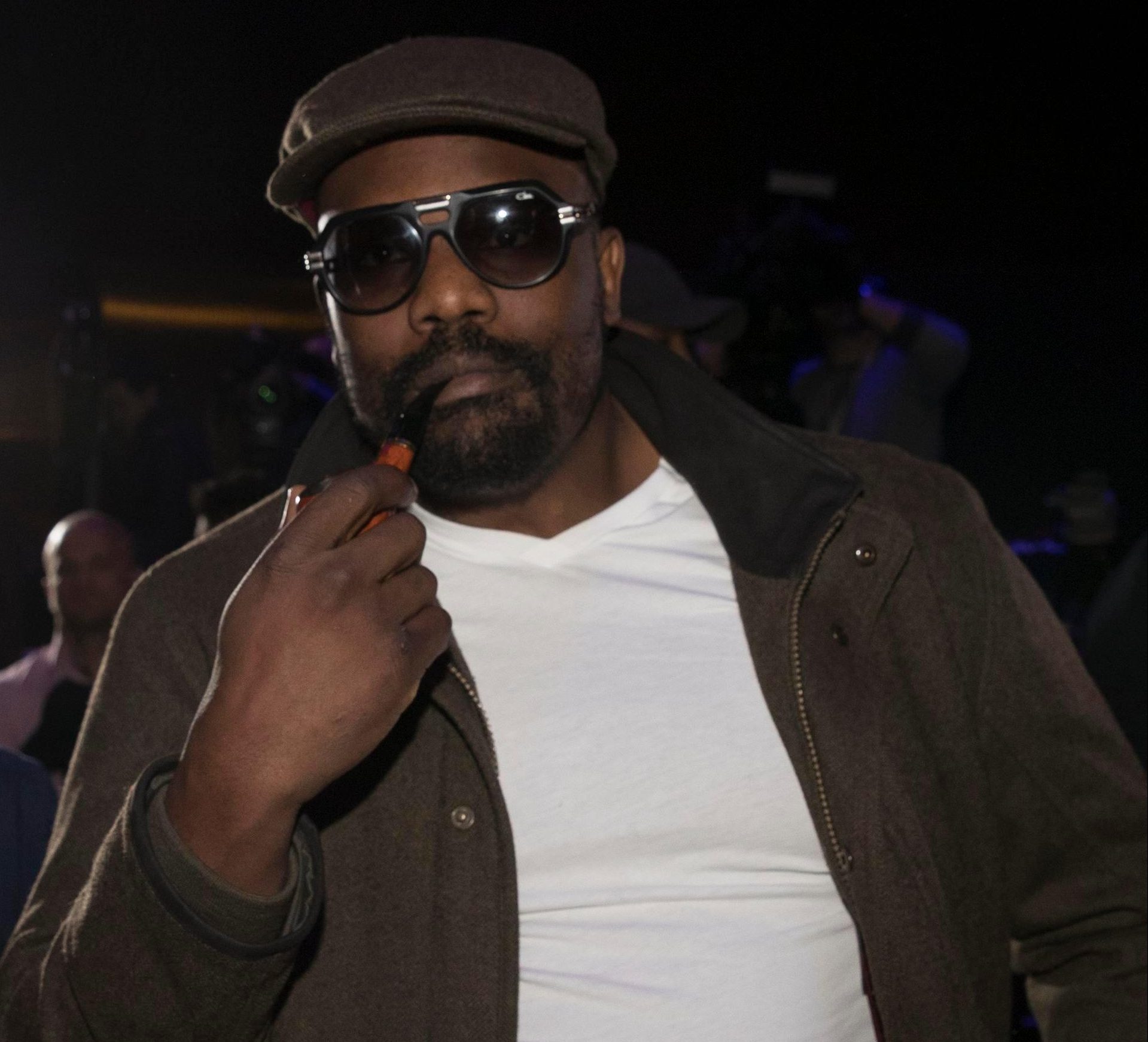 The two boxers look to be at opposite ends of the heavyweight scale at the moment.

Whyte is desperate for a shot at WBC heavyweight champ Deontay Wilder, while Chisora is trying to get back to form following defeat in his European title crack against Agit Kabayel in November last year.

The two heavyweights were ringside when Tony Bellew KO'd David Haye for the second time earlier this month.

And yet again they clashed, with security coming between the two old foes.