It is scarcely believable that Dimitri Van den Bergh has yet to make a World Matchplay appearance, but as the Belgian prepares to make his bow in the second biggest major on the PDC calendar, he feels more equipped than ever to fulfil his prodigious potential.

The man dubbed ‘The Dream Maker’ has been touted by many as a future world champion. He’s featured in two World Championship quarter-finals, reached a World Series final and is the only player to have ever scooped multiple World Youth Championship titles.

“I am still surprised that this is Dimitri Van den Bergh’s debut in the event. I was doing my prep last night and I looked and thought, ‘that cannot be right’,” Sky Sports expert Wayne Mardle said.

“I have looked again, then I have checked again. I was thinking, everyone must have got this wrong. He has to have played!”

Despite this satire, the genuine surprise across darting circles that Van den Bergh is yet to make a World Matchplay appearance is testament to the regard in which he is held.

So many talented prospects often thrive on the floor tournaments but struggle initially with the big-stage spotlight, yet Van den Bergh’s career path controverts that assumption.

However, the 26-year-old insists he’s used the lay-off to develop the mental side of his game and he told Sky Sports that he’s got more self-belief than ever.

“I tried to get my mind in the right place. I have worked well with my game and I feel stronger, I feel more consistent and I do feel that I have more confidence and belief now,” said the Belgian. 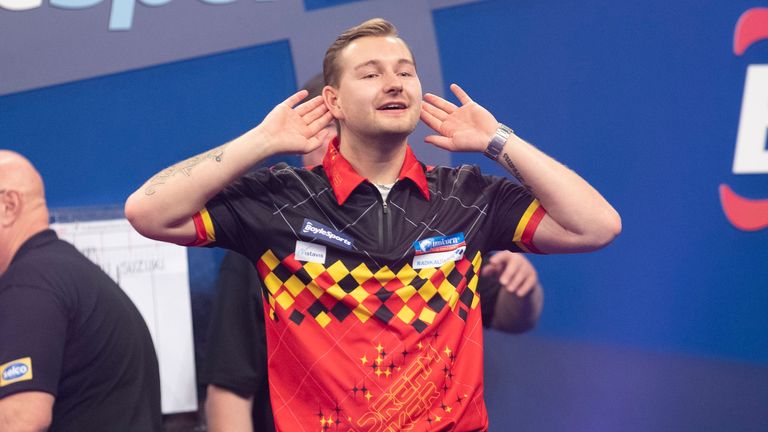 “I do worry too much about my darts. Are the points on my darts the right length? What kind of flights? What kind of grip do I want on my barrel?

“I talked to my Dad at some point and his reply was: ‘Look son, you’ve done it before with these darts so what is the point of worrying about it. Just play and focus.

“Instead of worrying about the darts, I just got my mind to a better position in saying: ‘You practice a lot, the movement in the arm is all there, so just believe in what you do’. Since I have done that, I’ve felt less under pressure.”

Van den Bergh made his competitive return at last week’s Summer Series and despite accruing a modest £2,500 from the five events – it was sufficient to confirm his qualification for next week’s showpiece.

His performances arguably merited more in Milton Keynes, but Van den Bergh acknowledges the major test is ensuring that qualification becomes a recurring theme – not an anomaly.

“Last year in October, it was the first time I qualified for the World Grand Prix. This was the only tournament I hadn’t qualified for yet and that means now I’ve done that.

“Now it is making sure I am in all the TV tournaments every year. I’m in my highest ranking position right now, which is also something I’m very proud of.

“I do see myself going up the rankings slowly and keeping it maintained as well which is the hardest part, so I think I’m doing a good job.”

The World Championship is indisputably the pinnacle of the sport, but the Matchplay is widely regarded as the most competitive major event – pitting the world’s top 16 against the top-16 performing players on the Pro Tour circuit. 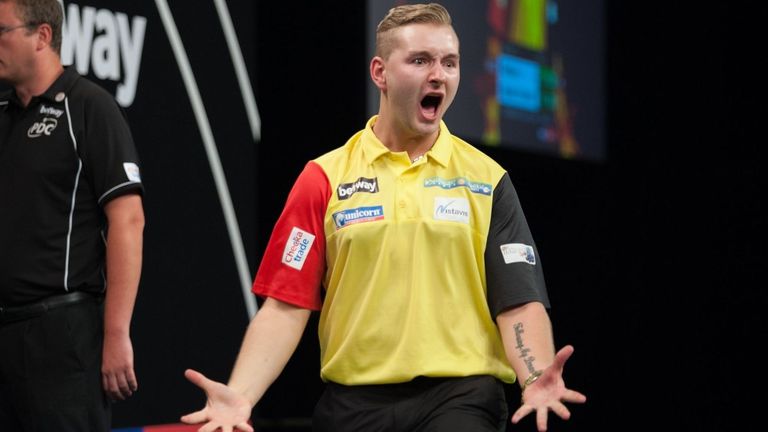 “I’ll just keep on doing what I do. I want to get myself into that top 16 position because I think that’s where everyone wants to be and I have the belief that I can achieve this.”

The iconic Winter Gardens venue gives the tournament added gravitas, although for the first time since its inception, the Matchplay will not be held in its regular Blackpool home.

Despite being deprived of a Winter Gardens debut, Van den Bergh insists he’s just grateful to be featuring at the Marshall Arena and is undeterred by the prospect of playing behind closed doors.

“Even though it won’t be at the Winter Gardens, I am not too focused on that. I am just thinking: ‘Wow, after all these years I finally qualified myself for the World Matchplay’ and that is the way I am going to keep thinking about it,” he added.

“I am not going to be disappointed because I won’t be playing in Blackpool because you know what – I am in the Matchplay and that’s the main thing. So many other players wanted to be in the tournament.

Van den Bergh will begin his campaign on Monday evening and he’s been handed a tie against one of the world’s elite, in the shape of former UK Open champion Nathan Aspinall. The pair met in the quarter-finals of last year’s World Championship, with Aspinall running out a narrow winner, but Van den Bergh is relishing the prospect of locking horns with the world No 6.

“If you want to be a major champion you have got to win against everyone, so I’ll take it as it comes and let’s see if it is going to be my day.

“I will be believing in my own ability, my own skills and make sure that I never drop my head. I am going to enjoy the experience for sure and I am going to give my 100 per cent best to win against Nathan.

Yet, while the World Matchplay occupies Van den Bergh’s immediate focus, he is already setting his sights on the 2021 World Championship in December.

It is a strategy that has served him well in his previous Alexandra Palace appearances and a strong showing in the capital could hold the key in his bid to make inroads towards the world’s top 16. “It may be far ahead, but all the tournaments that I play are going to be used in preparation for the World Championship, because that is the biggest one – that’s the main one. I want to be a senior world champion,” he continued.

“I have shown on the Development Tour in the World Youth Championship that I am capable of winning that, now I need to step up and show that I can win the other one as well and the preparation for that tournament – mentally and physically – starts right now.

“It is six months away, but it is the one that everybody wants to win and the sooner you start preparing yourself, the stronger you will be when it starts.”

“I’ll just keep on doing what I do. I want to get myself into that top 16 position because I think that’s where everyone wants to be and I have the belief that I can achieve this.”

Some may argue that it is time for Van den Bergh to fulfil his potential and deliver on a consistent basis. He possesses considerable big-stage pedigree and can no longer be regarded as inexperienced.

However, he is up to a career high of 26th in the world and following the Matchplay, the Belgian will have competed in every ranking major within the PDC.