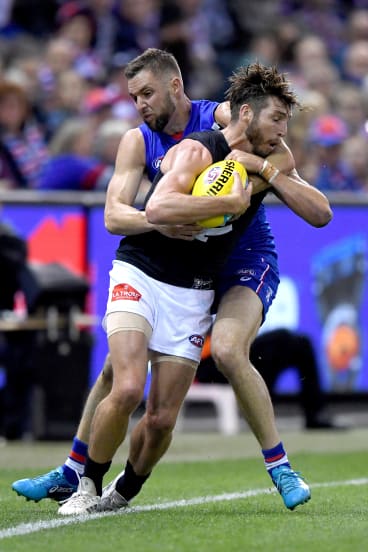 This was a Friday night horror show at Etihad Stadium that had to be seen to be believed. Amid the turnovers, sloppy decision making and wasted shots at goal, the Western Bulldogs emerged victorious against Carlton by 21 points but they will not return to the finals on a performance like that.

With just the one win heading into the contest, the equation was simple for the Bulldogs. Win, regardless of the manner, and remain in contention for the top eight, or lose and face the reality their aspirations were all but quashed. They did taste victory but we still don't know whether they are legitimately in the September hunt or a team in transition.

There is every chance wins will come in the next fortnight against the Gold Coast Suns in Ballarat and Brisbane at Etihad Stadium but with the youngest side to take to the field in this round, questions abound.

For the Blues, there are no such questions. They are mired in a slow rebuild, to the point a winless opening six rounds is the worst start in the 122 years they have participated in the VFL-AFL. And it doesn't get any easier from here, for the Crows in Adelaide await next Saturday.

There was understandable concern why this match had been scheduled for the marquee Friday timeslot but 33,915 opted to come along – a more than respectable figure, although the standard they witnessed wasn't anything to cheer about.

This was a mistake-ridden contest, with each side too often turning the ball over or wasting what should have been elementary shots in front of goal. There were moments of class but even Marcus Bontempelli, who had been so reliable with the ball through general play, would twice hit the post from set shots in front of goal in the third term. 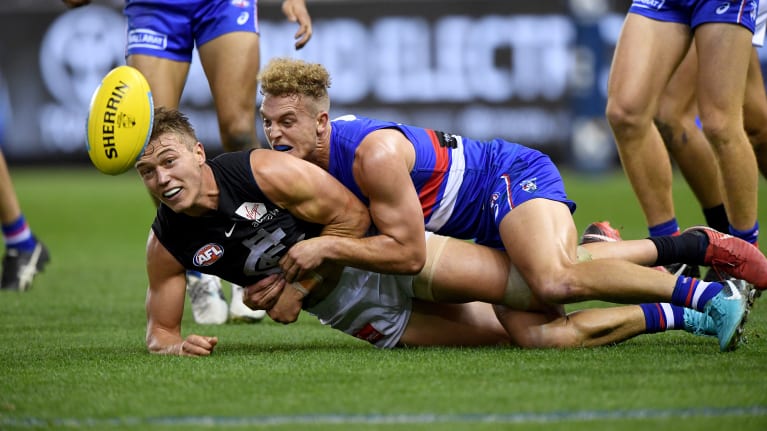 What the Dogs did do better overall was capitalise on the Blues' mistakes in their defensive 50, with their tackling a stand-out.

The Blues twice did threaten, early in the second term, and in the third term but they could not capitalise, regardless of how often the Bulldogs gave them the opportunity. It was grim watching in the third term, the contest enlivened when Billy Gowers made a howler of a decision to play on after marking inside 50 and was tackled by Rowe. What seemed a certain goal then became a rare double 50m penalty in frustration, although Rowe would not convert from the opposing 50m line. 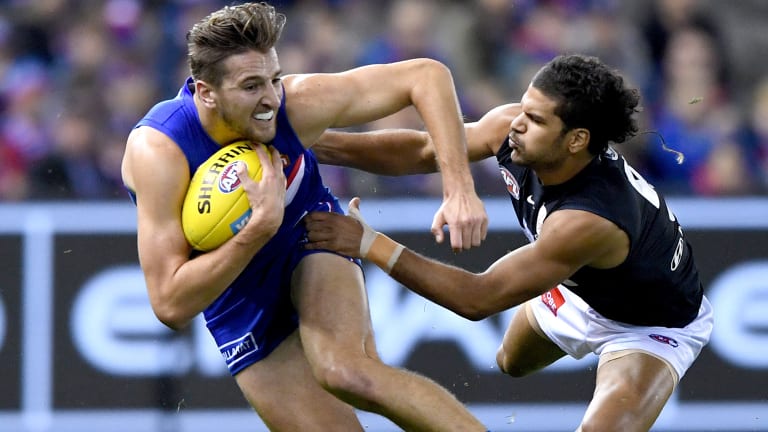 There was also another rare moment when Caleb Daniel damaged his helmet in the third term – the same helmet he had worn since his junior days and did not have a replacement. That this became a talking point highlighted how little joy there was on field.

"Hopefully, I can get it to the tailor and stitch it up," Daniel said. 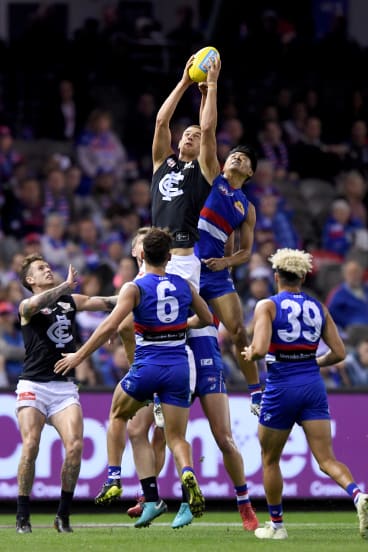 The Dogs got the job done through Jack Macrae, Lachie Hunter and Matt Suckling, while Bontempelli was also busy. Bontempelli, at times, was given the task of manning Cripps at stoppages in what was an intriguing sub-plot, with 'The Bont' having a greater influence.

The Dogs would have been delighted with Tom Boyd, who showed signs why he is such a special talent. He had two marks and a goal within the opening three minutes and had threatened to dismantle Rowe. He also spent time in the ruck and will have a key role to play if the Dogs are to threaten. Youngster Patrick Lipinski is a lively type. He booted three goals, including the sealer, and gave Lachie Plowman a tough evening.

The Blues won respect last weekend against the Eagles and lost none of this against the Dogs – but it was the same old story. Zac Fisher was superb and continues to develop, Liam Jones shut down Bailey Dale while Charlie Curnow, who botched a key shot midway through the final term from about 15m, and Harry McKay did offer plenty inside attacking 50. But there were not enough contributors.

Jack Silvagni was smothered by Easton Wood, Sam Petrevski-Seton does not get enough of the ball and, when the moment needed to be seized, they could not deliver. 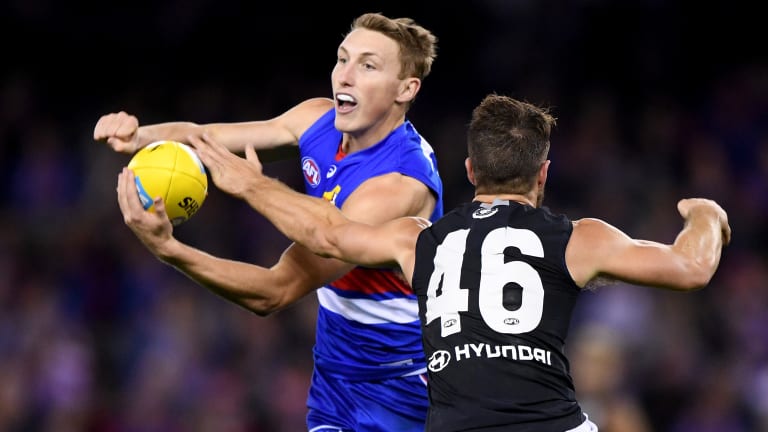