At some point this week, Michael Maguire will be spotted at either Penrith or Wests Tigers and the rugby league world will go into meltdown. Maguire is perhaps the best qualified coach not coaching an NRL club, but he is keen to do so.

In the current climate, in which almost no clipboard holder is safe, his appearance at the Panthers or Tigers will fuel the rumour mill. 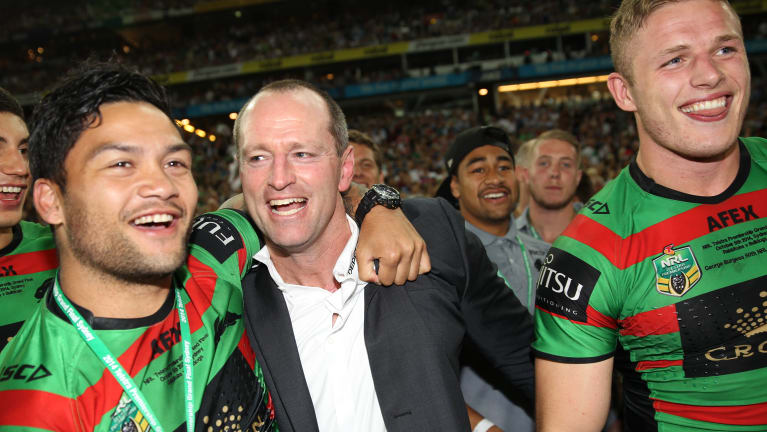 New challenge: A premiership with Souths in 2014 gives Michael Maguire the right pedigree in a bull coaching market.

Maguire is scheduled for a series of club visits in his capacity as the New Zealand coach, so he can touch base with existing and prospective Kiwis players.

Given the madness that is the coaching carousel, people are likely to misread the situation.

Out of Africa – and hopefully into the big time

Isaac Akuoko has dreams of becoming the latest player with African heritage to make it to the NRL. The 18-year-old is one of the many talented youngsters to emerge from Africa United, a Blacktown-based rugby league club that encourages all members of the African community to play the greatest game of all. 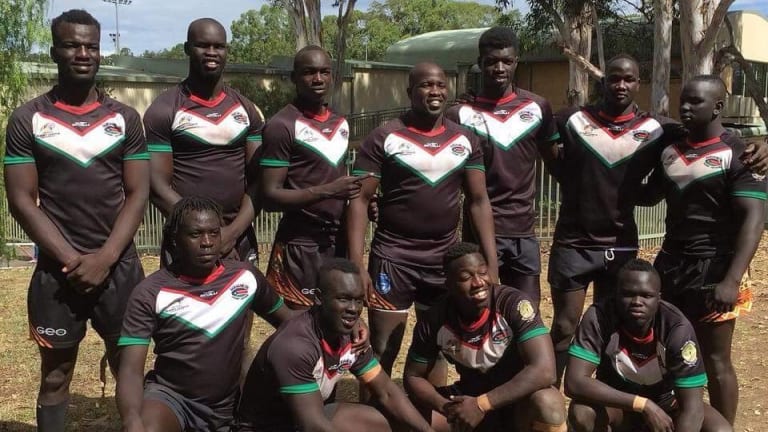 Akuoko has been a standout coming through the grades, to the point where he has been identified for Manly’s Jersey Flegg side despite being two years younger than many participants. The centre/fullback, whose father is from Ghana, said Africa United provided an important pathway for youngsters to potentially join Moses Mbye and Jamal Idris as players of African heritage to make it to the big time.

‘‘Usually in the media, especially lately, Africans haven’t been portrayed in the best light,’’ Akuoko said. ‘‘A lot of them get away from crime by coming down to training. Iwent to Ghana, my dad’s country, in 2016. I feel like that’s where it really kicked in that I’m not just doing it for myself and my family but also for my culture.’’ 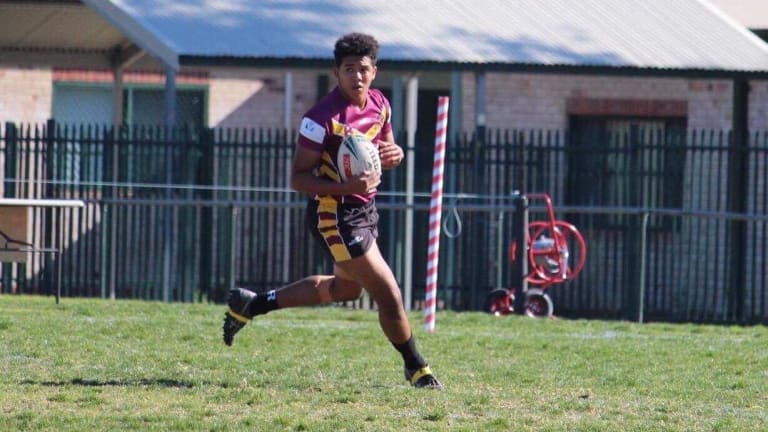 Prospect: Isaac Akuoko has been identified for Manly’s Jersey Flegg side.

Akuoko has only played two matches for the Sea Eagles, but the club was quick to help out when he requested playing kits for a team that had just been formed in Ghana.

The man considered the toughest Shark of them all, Gavin Miller, has endorsed Paul Gallen’s decision to play for another year. Gallen will be 38 next season, but the one-club man believes he still has more to give. It’s a view shared by two-time Dally M medallist Miller.

‘‘He’s a legend, a tough and uncompromising player who puts the success of the club before anything else,’’ Miller said. ‘‘He has been a great player, a role model and ambassador for the black, white and blue, a premiership-winning captain, a NSW Origin captain and an Australia representative and a good bloke.

‘‘He has earned the right to go out on his own terms and I congratulate him and support him in any decision he makes.’’

Val made to wait

Valentine Holmes is tipped to join North Queensland when his Sharks contract expires at the end of next season.

The Cowboys have made no secret of their desire to snare Holmes and would gladly take him straight away. There’s no chance of him leaving early, however, as the Sharks won’t allow it. He is originally from Townsville and the desire to move back for family reasons will likely result in it happening.

Oh what a night

Got a spare $275? That’s what it will cost you to attend Manly’s annual presentation night. Given the dramas on the northern beaches, the black-tie affair could provide an intriguing behind-the-scenes insight into the embattled club.

The function could be reminiscent of the 2011 affair at Le Kiosk when Des Hasler, fresh from winning a premiership, asked powerbrokers to ‘‘show me the money’’. He was gone days later.

The big question now is whether coach Trent Barrett will still be in the job come the September 6 shindig at The Star. The smart money says he won’t.

The Roosters are the latest club circling Cameron Munster. The Storm star will become a free agent from November 1 and will command plenty of interest if he hasn’t recommitted to Melbourne before then. Roosters boss Nick Politis rarely misses his man and the club view him as a marquee half to play alongside Luke Keary when Cooper Cronk retires.

Melbourne appear the best fit for the Queensland and Australian playmaker, but Parramatta, North Queensland, the Gold Coast and Newcastle are some of the clubs considering their options.

Ron Coote was the sentimental pick for many in the Immortals debate, but he may not have missed out altogether on joining the game’s most select club.

The NRL is still considering its protocols for the next round of inductees and whether those who have previously been considered several times will be ineligible. The legendary forward must have come extremely close in the most recent inductions, but could not have been more magnanimous.

‘‘I thought the recipients were very worthy, they are great rugby league people and deserved to get it. I’m happy for them,’’ he said.

‘‘Rugby league has been great to me, I’ve enjoyed it and made many friends. I couldn’t be happier with what has happened. I’m not looking for any more accolades than what I’ve had. I’d like to think that I’m still able to help many people with the Men of League.’’