It’s the cartoon that nobody is laughing about.

Mark Knight from the Herald Sun has caused an international storm with his depiction of Serena Williams, one of the greatest tennis players of all time, throwing a tantrum during the final of the US Open last weekend. 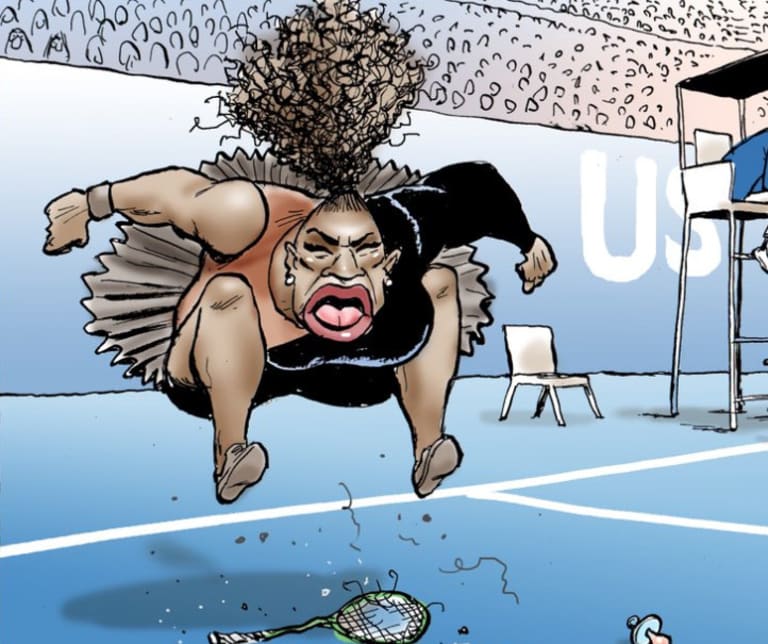 Detail from Mark Knight’s cartoon in the Herald Sun.

That in itself is not the problem. The trouble is that Knight has gone out of his way to depict her not as a champion athlete but as wild and barbaric; full-lipped, ugly and ape-like.

Novelist J. K. Rowling led the charge, tweeting, “Well done on reducing one of the greatest sportswomen alive to racist and sexist tropes and turning a second great sportswoman (Naomi Osaka) into a faceless prop.”

On Radio 3AW Neil Mitchell defended Knight and asked Jason Johnson, an American politics and journalism professor, if the cartoon was no more offensive than another Knight drew this week showing Scott Morrison as a muppet. After all, they were both poking fun at powerful figures.

But Johnson was right to see this as ignoring the long history of negative and dehumanising pictures of African Americans which is built upon not just the Jim Crow segregation laws across America but also on 300 years of slavery before that. 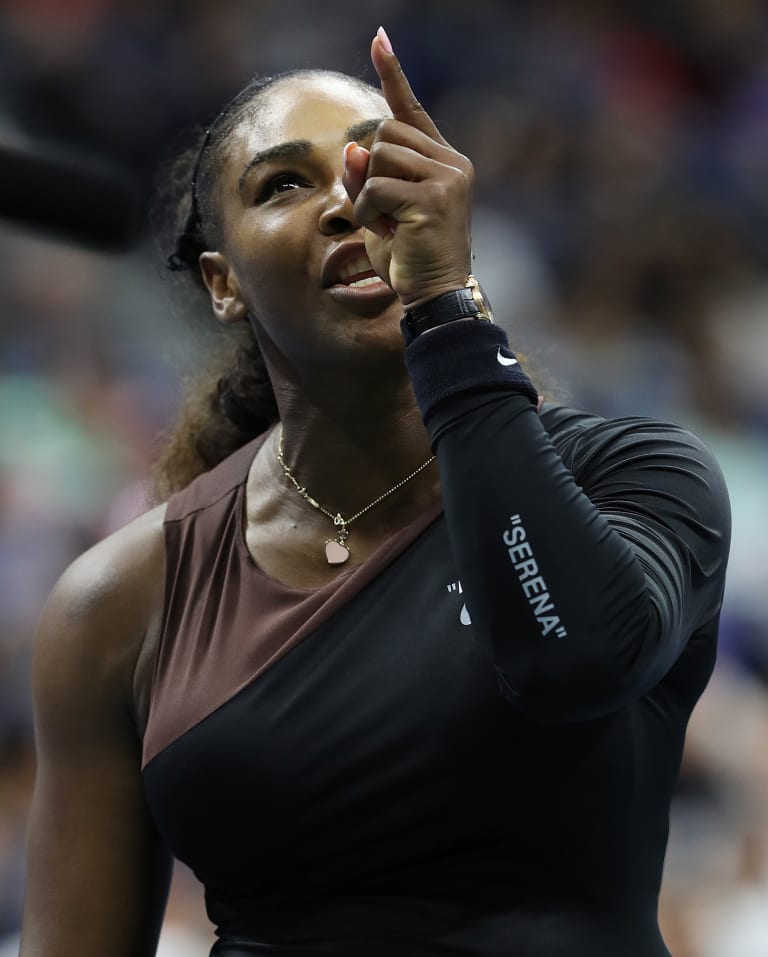 Serena Williams argues with chair umpire Carlos Ramos during the US Open final.

Over the course of Tuesday afternoon, readers of The Age website flooded the comments section. The feeling ran very strongly in favour of the cartoonist. There was a feeling that everyone should lighten up. That this was yet another case of “PC gone mad”. The cartoon was simply a harmless caricature, like the one of Morrison or say of Malcolm Turnbull in an aristocratic top hat or Tony Abbott with big ears and red Speedos.

Finally, people thought the focus of the cartoon was not on Williams’ race or sex but purely on her behaviour. After all, Knight had also drawn a sulking, petulant Nick Kyrgios on court just the week before.

But taking this view is to look through a prism of white privilege that conveniently ignores centuries of history and the way black people have been depicted in Western culture from Shakespeare’s Othello to Adam Goodes to people donning blackface in that infamous skit on Hey Hey It’s Saturday.

Because Kyrgios’ heritage had nothing to do with his cartoon. And politicians are always fair game for ridicule and scorn.

But if you still think this was just an image of yet another rich, entitled tennis player behaving badly then you have to ask yourself if you’d be happy if Serena was, say, Irish. Would you then accept her depicted as drunk and too stupid to know which end of the racquet to hold? Or if she were Jewish and shown with a large hook nose and greedily asking when she’d get her prize money?

Because those disgraceful racist stereotypes are just as offensive as Williams’ ape-like appearance in the Knight cartoon.

Why could this cartoon emerge in Australia and not elsewhere? While Australians like to imagine we are a more progressive, more enlightened country than America, the Knight cartoon would never have been published there. Perhaps that’s because we have never had an unflinching public debate about race and our treatment of Indigenous Australians. Nor have we had a great civil rights movement such as the one that has transformed the US since the 1950s.

Until we do, let me be blunt: if you can see nothing wrong with this cartoon then you are casually dismissing centuries of history and oppression. We should be better than that.

Duncan Fine is a lawyer and Age columnist.