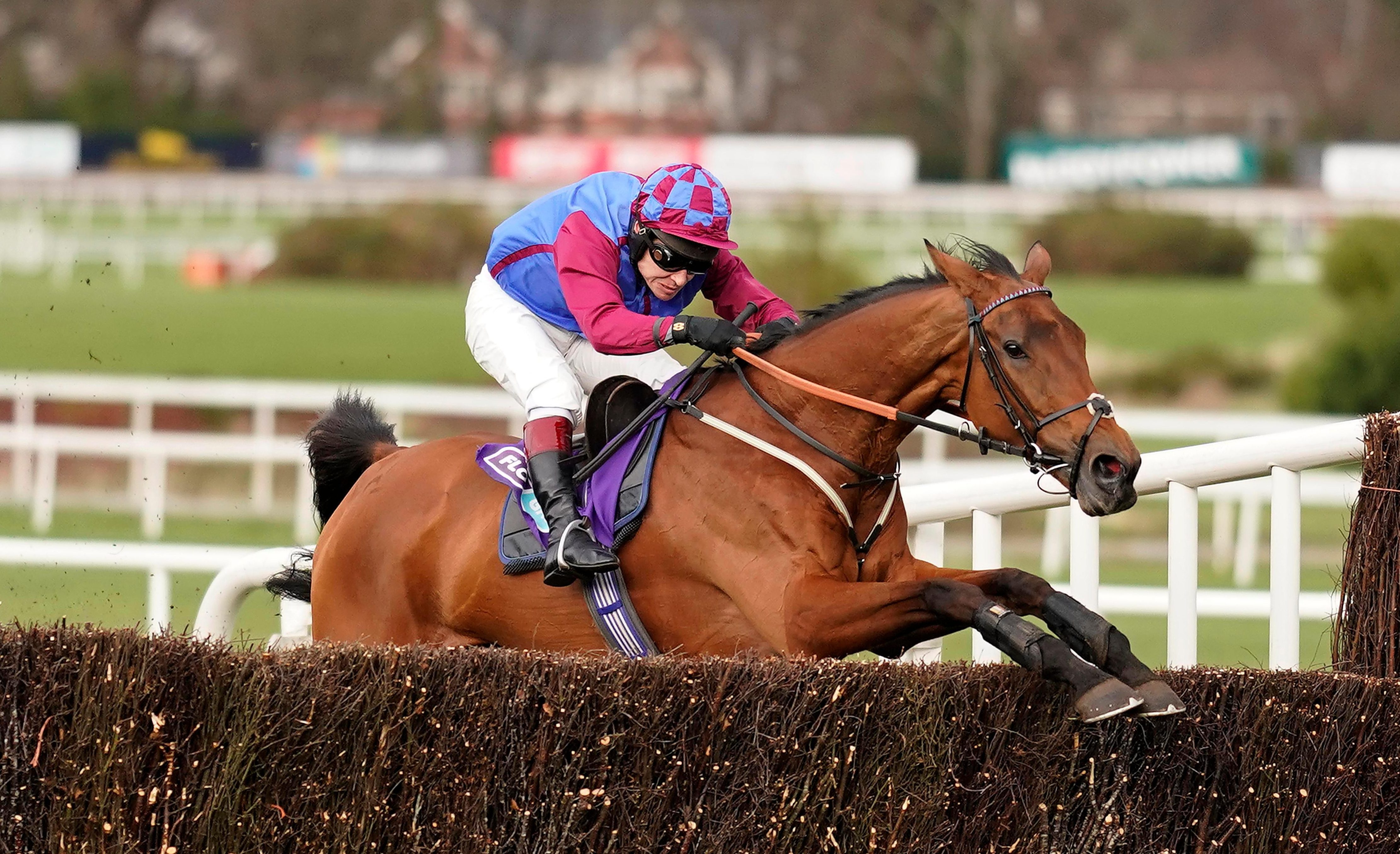 She may not have a very English name, but her trainer Warren Greatrex certainly is and regards her as one of the best he's ever trained.

Now unbeaten in four over fences – landing two Grade 1s – connections have been rewarded for not tailoring their season solely around Cheltenham Festival.

Aintree looks next on the cards, although the Festival has not been completely ruled out.

A champion horse needs a champion jockey and Richard Johnson was at his powerful best in the saddle to driver his willing partner home from outsider Kaiser Black.

With the ground on the quick side, Johnson was determined to make it a true test of stamina and cut out the running.

The gallop took it's toll on market rival Hardline, but entering the final bend La Bague Au Roi had plenty of challengers bustling up her inside.

But Johnson and La Bague Au Roi stood firm, and a good jump at the last ensured she had her head in front with only the short run in to go.

Kaiser Black made a race of it towards the stand side, but she raced tough and was yet another favourite to go in for punters having a remarkable time of things.

Lambourn-based Greatrex said: "It's been the plan for a long time and we couldn't be happier with that. It was a plan well executed.

"I could barely watch, she just means so much to us and is so special.

"I watched it through my fingers, I'd done all I could and it was over to Richard Johnson who was brilliant.

"[Cheltenham] is tempting isn't it! We'll sit down and have chat and make a decision.

"But I'd still say it's less likely than more likely. It's only five weeks away and the money is good at Aintree.

"Hopefully they have a right dust up at Cheltenham and we head to Aintree fresh, which has always been the plan."