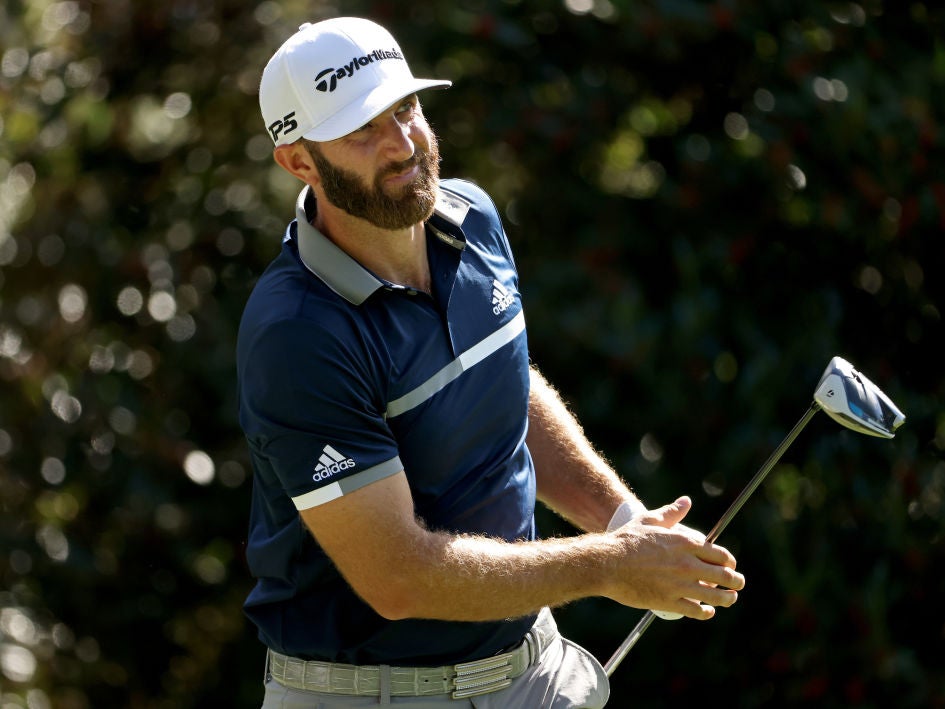 Dustin Johnson is in a four-way share of the lead

For Rory McIlroy, it was a day of wild vicissitudes, virtual despair, but above all brave resilience to clamber his way not only above the cut-line but to within six shots of the clubhouse lead. The poor weather gave the Northern Irishman a reprieve after a disastrous start on Thursday, however, there were few improvements once morning came, with a miserable round of 75 that included five bogeys. But such is the fickleness of golf and McIlroy’s own mercurial nature that after just a scarce few shots on the range, he was back on the tee and practically untouchable. A spotless second round of 66 displayed all his missing strengths and although he lags behind the frontrunners, his race is not totally run.

There are several contenders with second rounds to complete on Saturday morning, including Casey, who burned a steady flame even if he was unable to match his dazzling performance on Thursday. Tiger Woods plodded along with a stream of steady pars, while 2018 champion Patrick Reed quietly snarled his way up the leaderboard. Better than anyone, though, the stage is set for Jon Rahm, who eradicated his sloppy errors and raced to within a shot of the leaders, despite having six holes still to play. The darkness descended and halted his charge, but a new dawn certainly looms in what promises to be a thrilling weekend at Augusta.

This weekend get a £10 free bet with Betfair, when you bet £10 on a Same Game Multi on the Premier League. Terms: Min £10 Same Game Multi bet on any EPL match this Fri – Sun. Free bet valid for 72 hours, awarded at bet settlement. Excludes cashed out bets. T&Cs apply.