Treloar hasn't played since injuring both hamstrings during the Magpies' round 14 win over Carlton in June.

The 25-year-old has returned to full training and is pushing for an AFL recall this week. 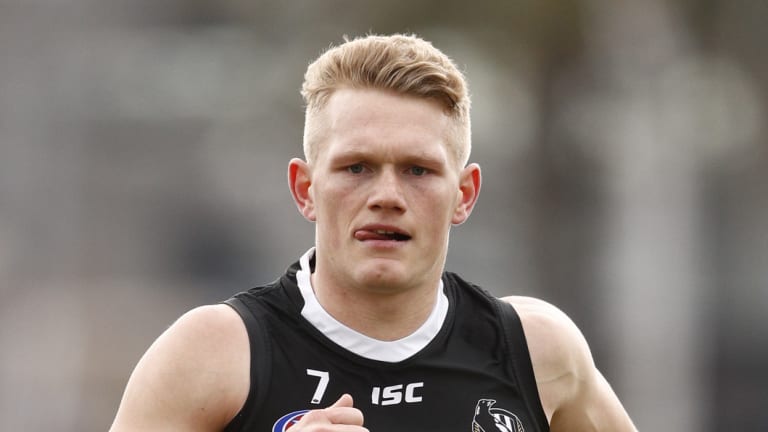 But if Buckley ends up rolling the dice on Treloar, West Coast would definitely sit up and take notice.

"He's an A-grade midfielder," Simpson said of Treloar, who's averaged 31 disposals and five clearances a game this season.

"He breaks the lines and he hits the scoreboard so there's definitely some worries if he plays."

Simpson said he wouldn't devote too much of his planning on a single player.

Instead, it's Collingwood's system as a whole he will focus on.

Collingwood's defence has been plagued by injuries this year but Simpson doesn't see it as a weak point.

"We went through that in 2015 – we lost Mitch Brown and Eric Mackenzie through reconstructions and we had to play a different way, and we found a way," Simpson said.

"I see Collingwood very similar how they've gone about it. It's based around their whole team, not just three or four individuals. I don't see that changing."

Collingwood's defence will be boosted by the return of Jeremy Howe (thigh), while Tyson Goldsack is also pushing for a return after recovering from a knee reconstruction.

Two-game swingman Oscar Allen appears the most vulnerable, while veteran defender Will Schofield could also be on the chopping block.

Kennedy, who hasn't played since round 18, declared himself a certain starter.

"I got through a lot of training last week and this week as well.

"We've been trying to mimic training to get the same amount of kilometres as what I would run in a game.

"I've got enough load into the legs and I don't really leave the (forward) 50, so I think I should be all right."