Kenny Edwards' career at Parramatta could be in doubt after revelations the NRL second-rower is due to front court on Tuesday for a traffic incident which occurred earlier this month.

The Eels claim they were only made aware of the issue, believed to be over Edwards' licence, on Friday and have alerted the NRL's integrity unit. The club have also begun an internal investigation into the matter. 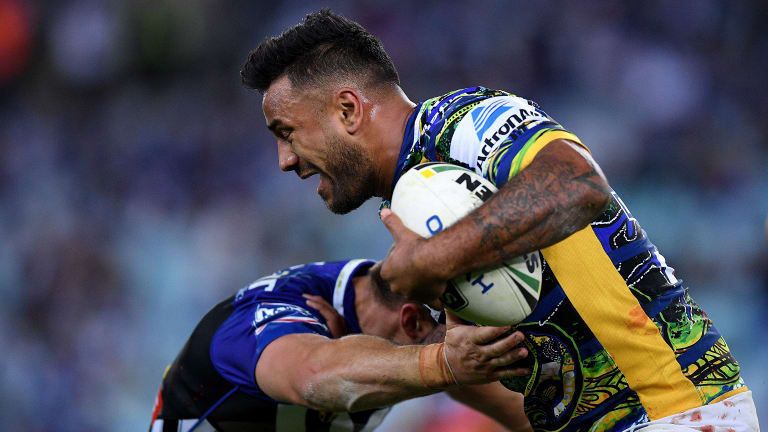 A traffic incident involving Kenny Edwards is being investigated by the Eels.

The development comes a year after Edwards was deemed to be on his final chance at the club after a separate off-field incident where he pleaded guilty to domestic violence.

Edwards, 28, was handed a six-month good behaviour bond after pouring alcohol on a former partner. He was suspended by the Eeels for the opening seven games of the season and fined $60,000.

It was reported the fine would be drawn from his salary last year and this year.

The traffic issues is the latest on a lengthening rap sheet that includes a nine-month ban for switching a urine test on behalf of teammate Kaysa Pritchard in 2015.

Edwards was sacked from Manly and St George Illawarra for off-field issues earlier in his career, but has featured in all 10 Eels games so far this season.