Joel Embiid had 32 points and 14 rebounds to lead the Philadelphia 76ers past fellow NBA MVP contender James Harden and the Houston Rockets 121-93 on Monday (US time).

Philadelphia played without four-time All-Star Jimmy Butler due to a wrist injury, and Embiid more than made up for his absence while Australia's Ben Simmons had nine points and six rebounds. 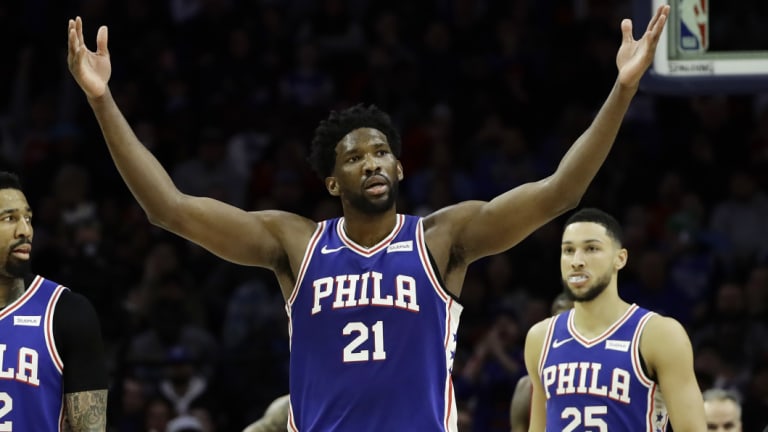 Harden finished with 37 points – giving him 20 straight games with at least 30.

The 76ers broke the game open in a dominant third quarter as they outscored Houston 29-13 to take a 94-63 advantage into the fourth.

Giannis Antetokounmpo poured in a game-high 31 points as the Eastern conference-leading Milwaukee Bucks secured a 116-106 win against the Dallas Mavericks.

Antetokounmpo also had a team-high 15 rebounds to record his 32nd double-double of the season.

Dallas rookie Luka Doncic recorded his first career triple-double with 18 points, 11 assists and 10 rebounds, joining Philadelphia's Markelle Fultz as the only teenagers in NBA history to post a triple-double.

Chicago led wire to wire for the first time this season in a 104-88 victory over the Cleveland Cavaliers and Paul George scored a game-high 31 points for the Oklahoma City Thunder, who never trailed in a 127-109 win over the New York Knicks.

Trevor Ariza finished with 20 points and 12 rebounds as the Washington Wizards defeated the Detroit Pistons 101-87 while Evan Fournier and Nikola Vucevic scored 29 points apiece as the Orlando Magic pulled away from the Atlanta Hawks for a 122-103 victory.

D'Angelo Russell had 31 points and eight assists, and the surging Brooklyn Nets won their fourth straight game, 123-94 against the Sacramento Kings.

Kyrie Irving posted his 11th double-double of the season with 26 points and 10 assists, leading the host Boston Celtics to a 107-99 win over the Miami Heat; the New Orleans Pelicans beat the Grizzlies 105-85 without injured star Anthony Davis.

Klay Thompson scored 23 of his 44 points in the third quarter, setting an NBA record by connecting on his first 10 three-point attempts of the game, and the visiting Golden State Warriors extended their winning streak to eight games with a 130-111 victory over the Los Angeles Lakers. 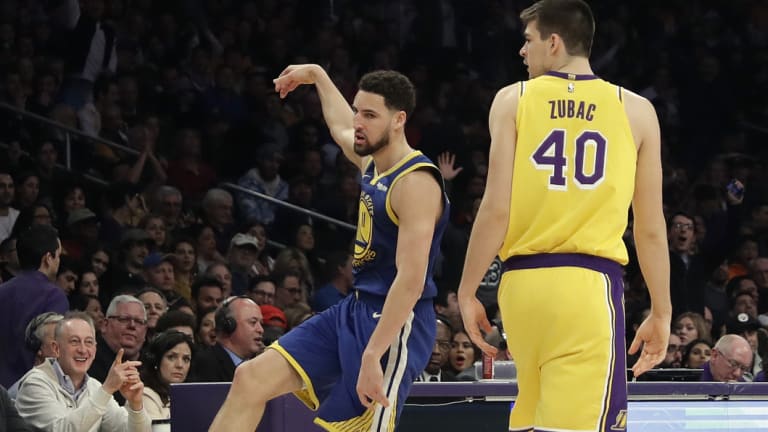 Thompson went three-for-three from three-point range in the first half before hitting his first seven attempts from behind the arc in the third quarter.

The four-time All-Star finished with his 13th career game of at least 40 points and made 10 or more three-pointers for the fifth time in his career.

The Utah Jazz went down at home to the Portland Trail Blazers 109-104.