IT'S ten years to the day that Emmanuel Adebayor famously celebrated in front of the Arsenal fans at the Etihad – and supporters think the Gunners haven't been the same club since.

Despite winning three FA Cups between 2014-2017, rival fans of the North London giants believe that they have never recovered from the trauma of Adebayor's knee slide. 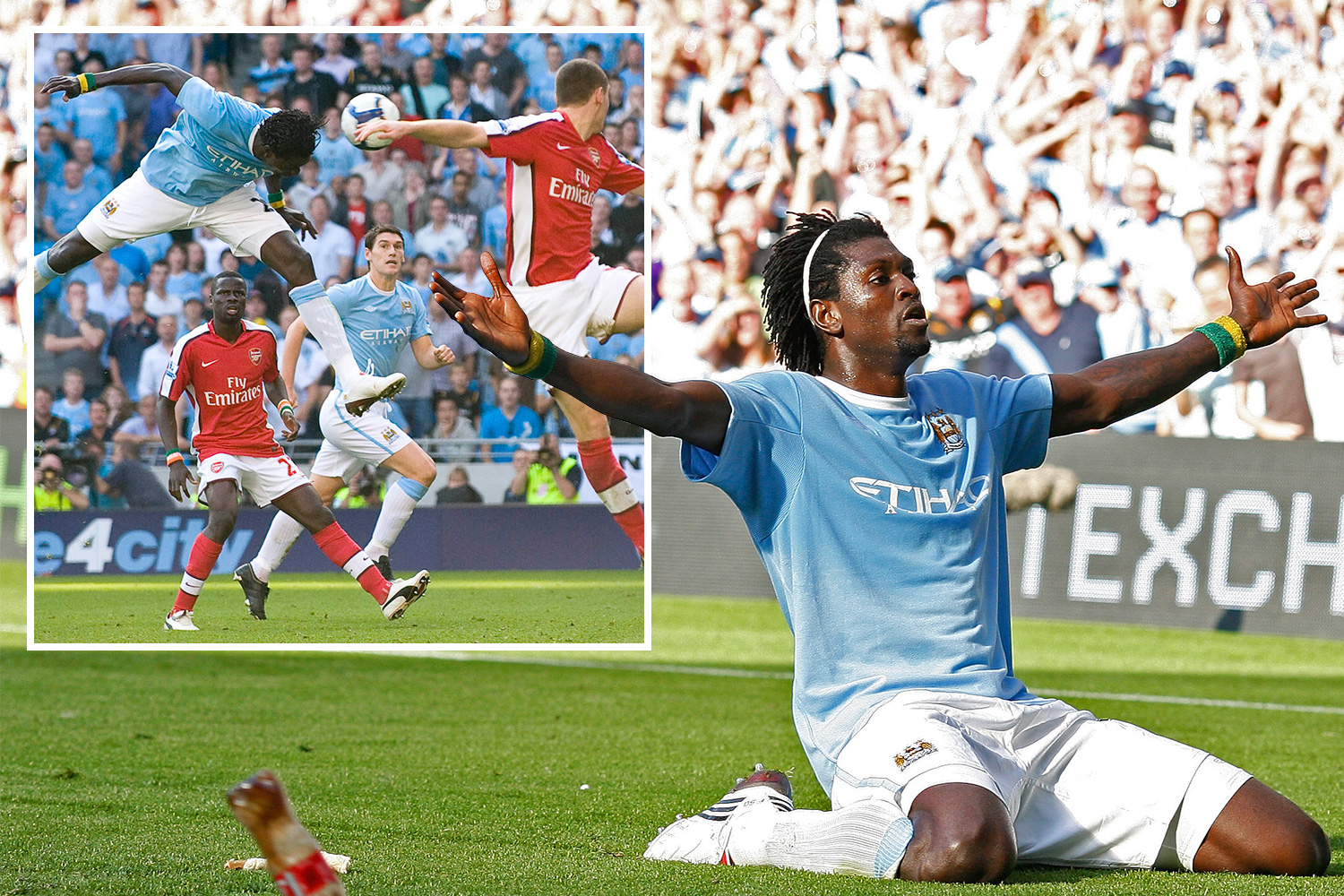 The Togo international swapped Arsenal for Manchester City for £25million in 2009, and made an instant impact in his first match against his former employers.

Immediately after heading home into the bottom corner, he sprinted the length of the pitch to the visiting section, before producing a knee slide – much to the anger of the travelling support.

Bottles and other objects were thrown in the direction of the ex-Real Madrid loanee, with the player later fined £25,000 by the FA over his celebration.

The former Tottenham striker revealed earlier this year that he acted in the manner he did because he was the subject of racist abuse from Arsenal fans.

He told the Daily Mail: "This is the thing. And it is why I have not said anything about racism the past few weeks. When I celebrated, the FA fined me, they punished me.

"Nothing happened to the Arsenal fans. So it [racism] started with me and long before me.

"I remember getting to the stadium and Arsenal fans were there. All I heard was the the chant 'Your mother is a whore and your father washes elephants.'

"My father worked in currency exchange and my mother is a businesswoman. But this went on and on. So how can I reply? I didn’t have a voice to go against thousands of supporters."

And fans have taken to social media to claim that Arsenal have never recovered from the infamous celebration.

One tweeted: "That destroyed Arsenal….haven’t been the same club since."
Another commented: "They still haven’t recovered."

A third added: "This was the moment Arsenal became a mid table team."

Another said: "Ten years ago today, it took one legend just a couple of seconds to eternally rattle an entire fan base."

While one stated: "As if it’s been a decade since Adebayor took the p*** out of the Arsenal fans."