Kane, 25, lined up with five-year-old Ben Williams in the tunnel at Wembley as the two sides prepared to walk out on to the hallowed turf. 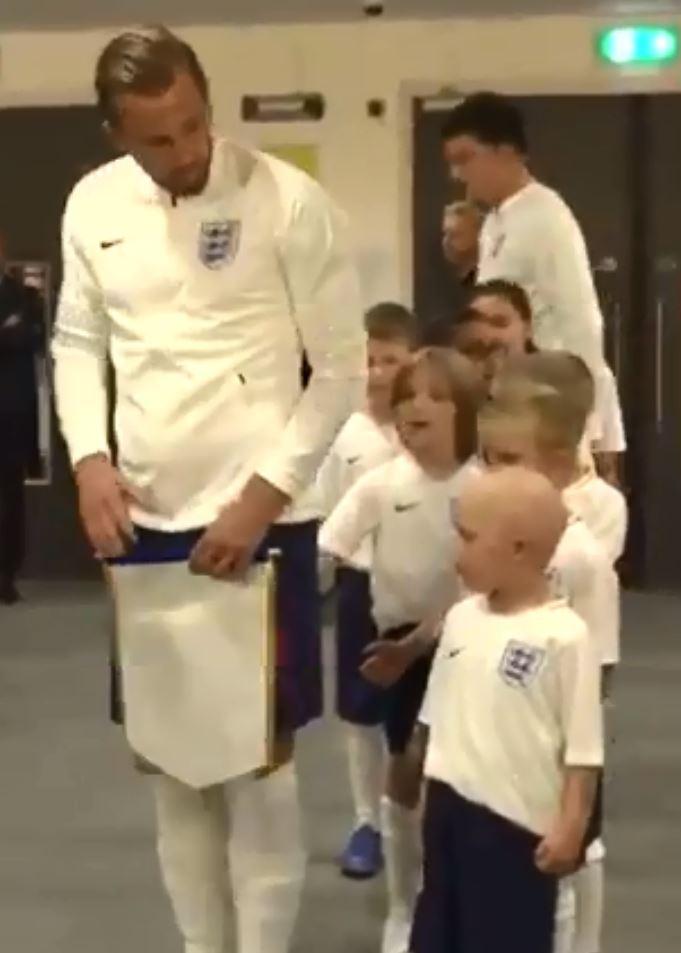 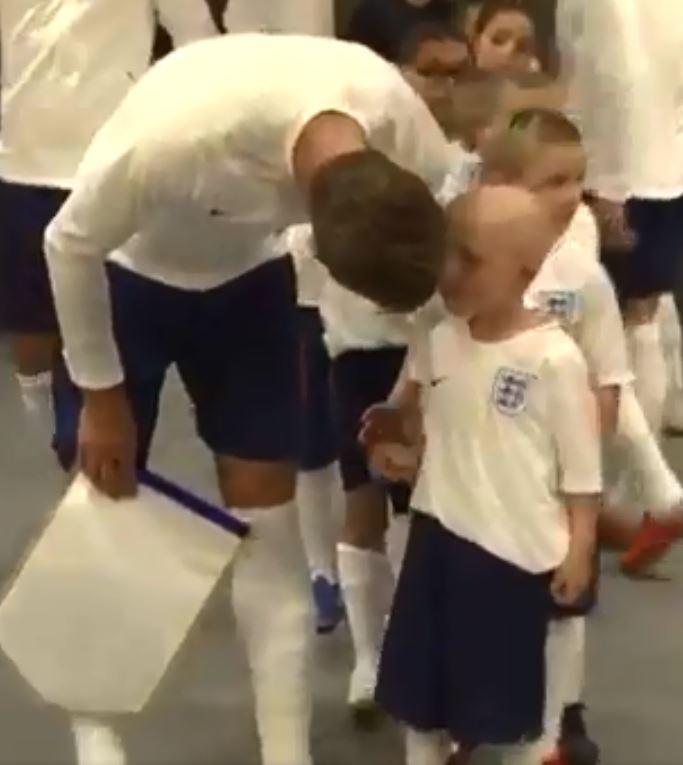 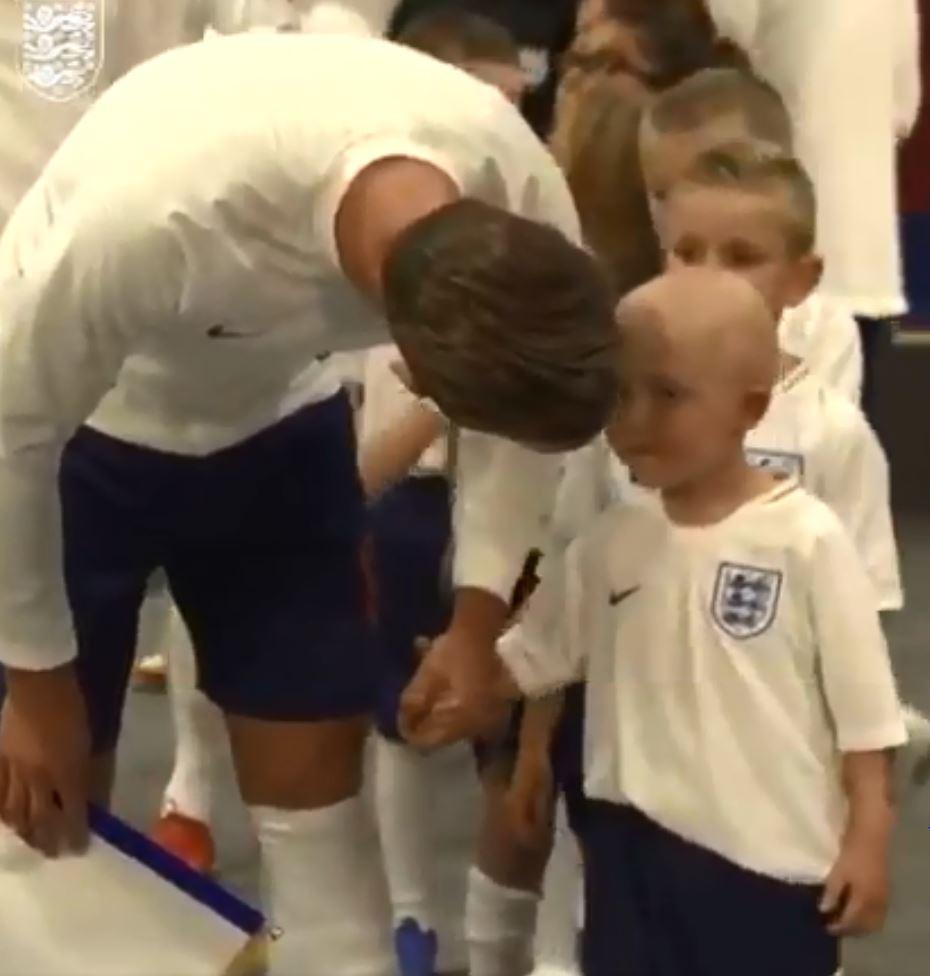 And Kane saw he was feeling rather nervous and put an arm around young Ben, who is battling a brain tumour.

The youngster then put out his hand for the England captain to hold and Kane duly obliged, before asking if the was okay to which the boy responded with a nervous nod.

Kane and the mascot led the Three Lions out for the match, which Spain won 2-1 despite falling behind thanks to Marcus Rashford's early opener.

England's No9 was presented with his Golden Boot for his six-goal haul at the World Cup in Russia by manager Gareth Southgate. 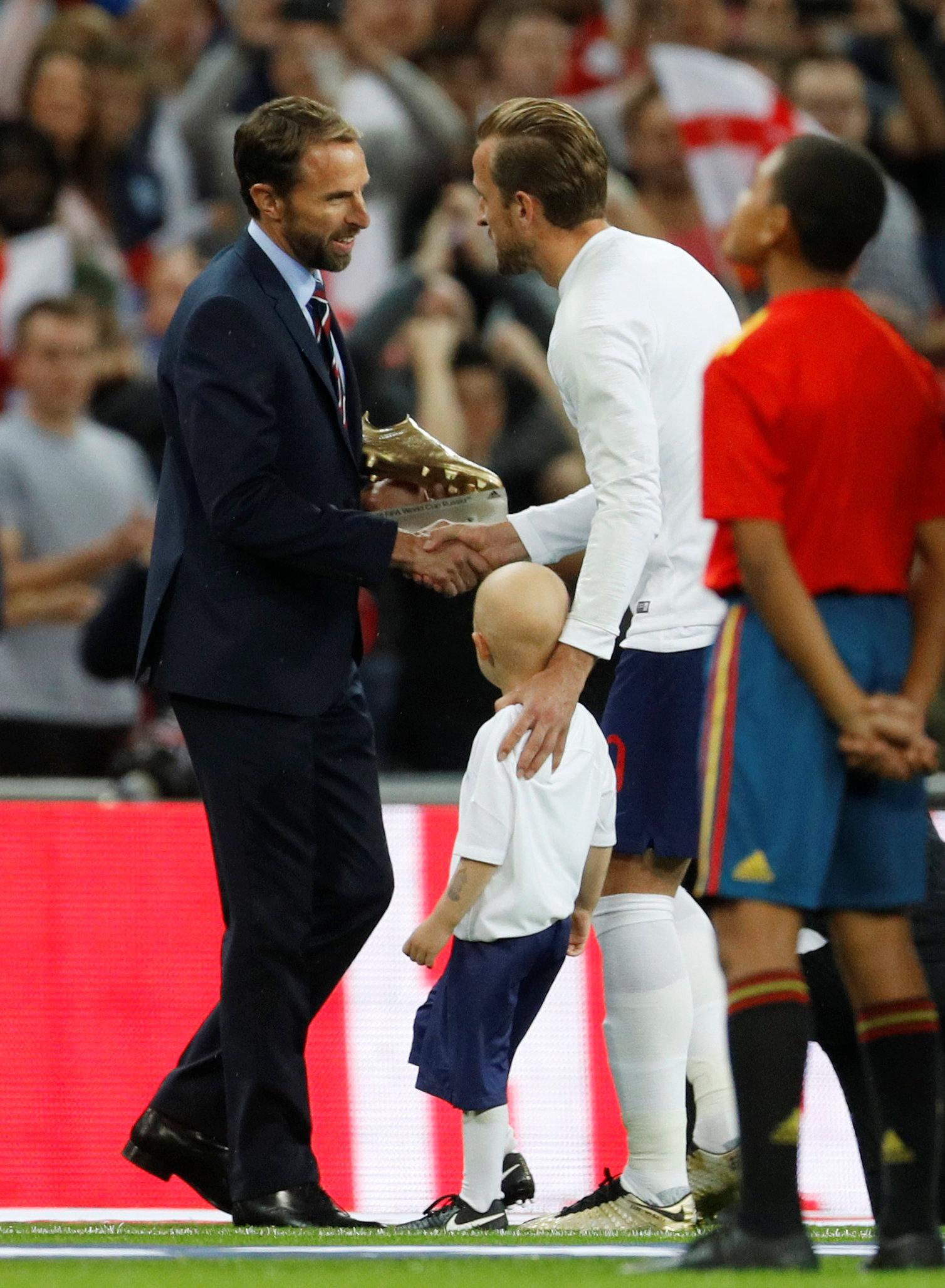 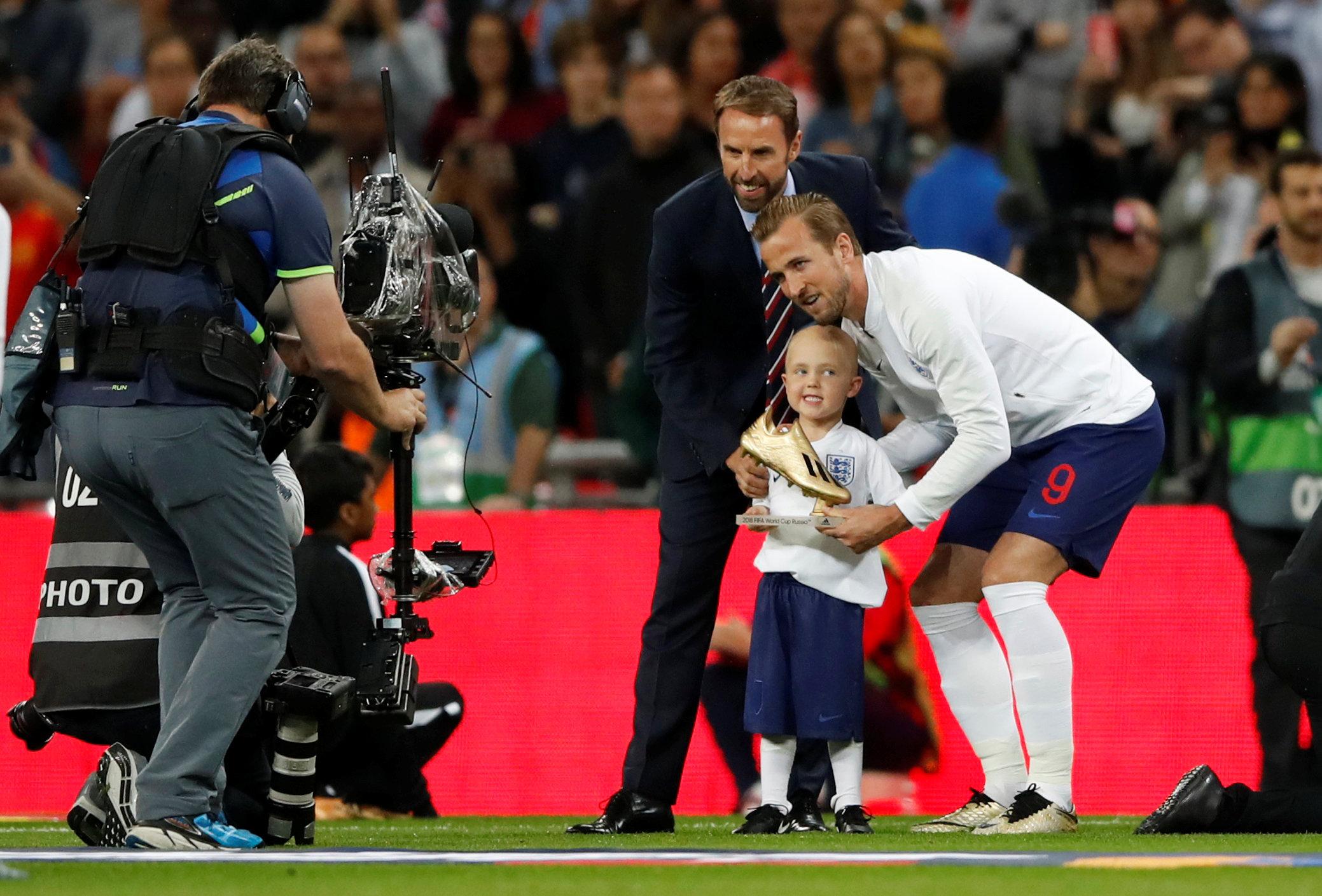 And the trio posed for photographs together before kick-off.

Kane took to Twitter, where he learned about Ben's story during the World Cup, to share his pride at a special honour and being able to share it with Ben.

He tweeted: "A real privilege to meet courageous Ben and an incredibly proud moment to receive the World Cup golden boot. All focus now on the bigger, team prize in 2020."

Other Twitter users were quick to praise Kane for his classy gesture and one said: "Harry Kane awarded the Golden Boot and his first thoughts are to look after the young matchday mascot. That’s a classy England captain."