Jeff Holt, from Barrow, agreed to get the tattoo done to help a group of youngsters raise money for charity through sales of their hand-drawn Panini-style sticker book. 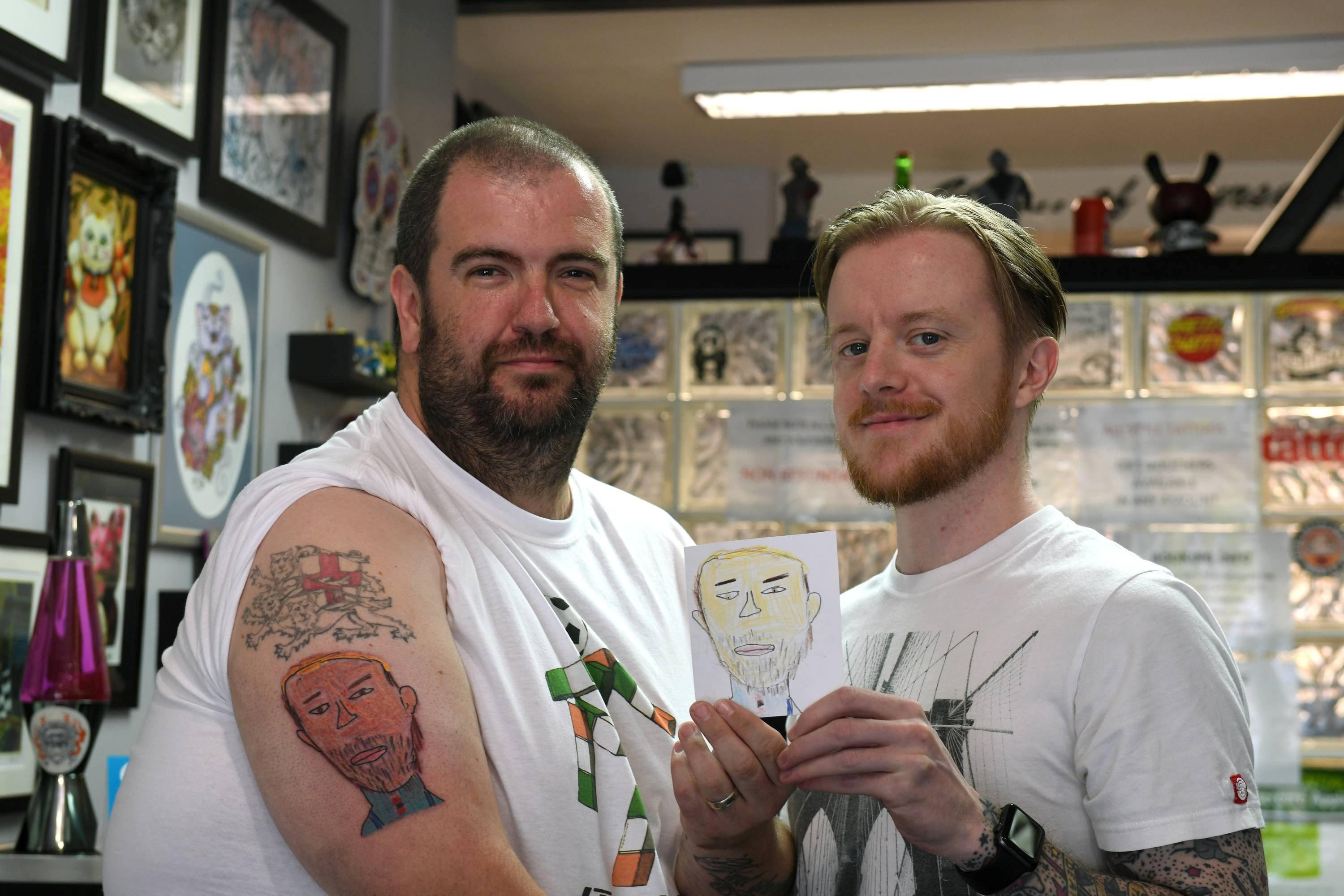 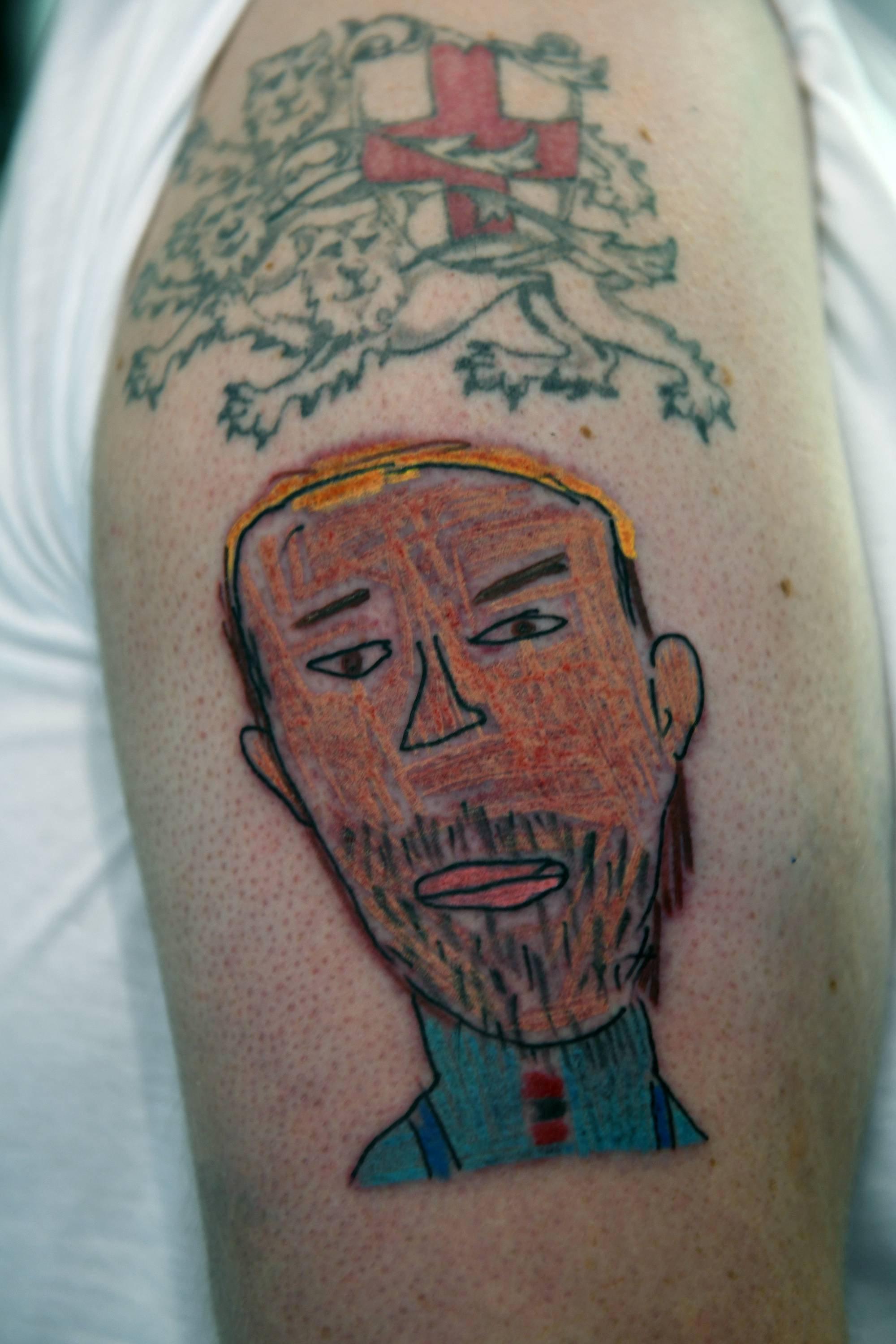 Flax Bourton Primary School in Bristol hoped to raise £2,000 through the sale of their books made up of their own drawings of players and managers.

The "Flaxini" World Cup Album, which is still currently being auctioned on eBay, included all 576 players in the official album as drawn by everyone from the head teacher to reception class pupils.

The children planned to raise money for two charities – The Bobby Moore Fund for Cancer Research and Bristol charity Above & Beyond.

Dad-of-two Holt, 36, stepped in after reading about their campaign and offered to get their picture of Gareth Southgate, drawn by six-year-old Lenny, tattooed on his body if they reached their target. 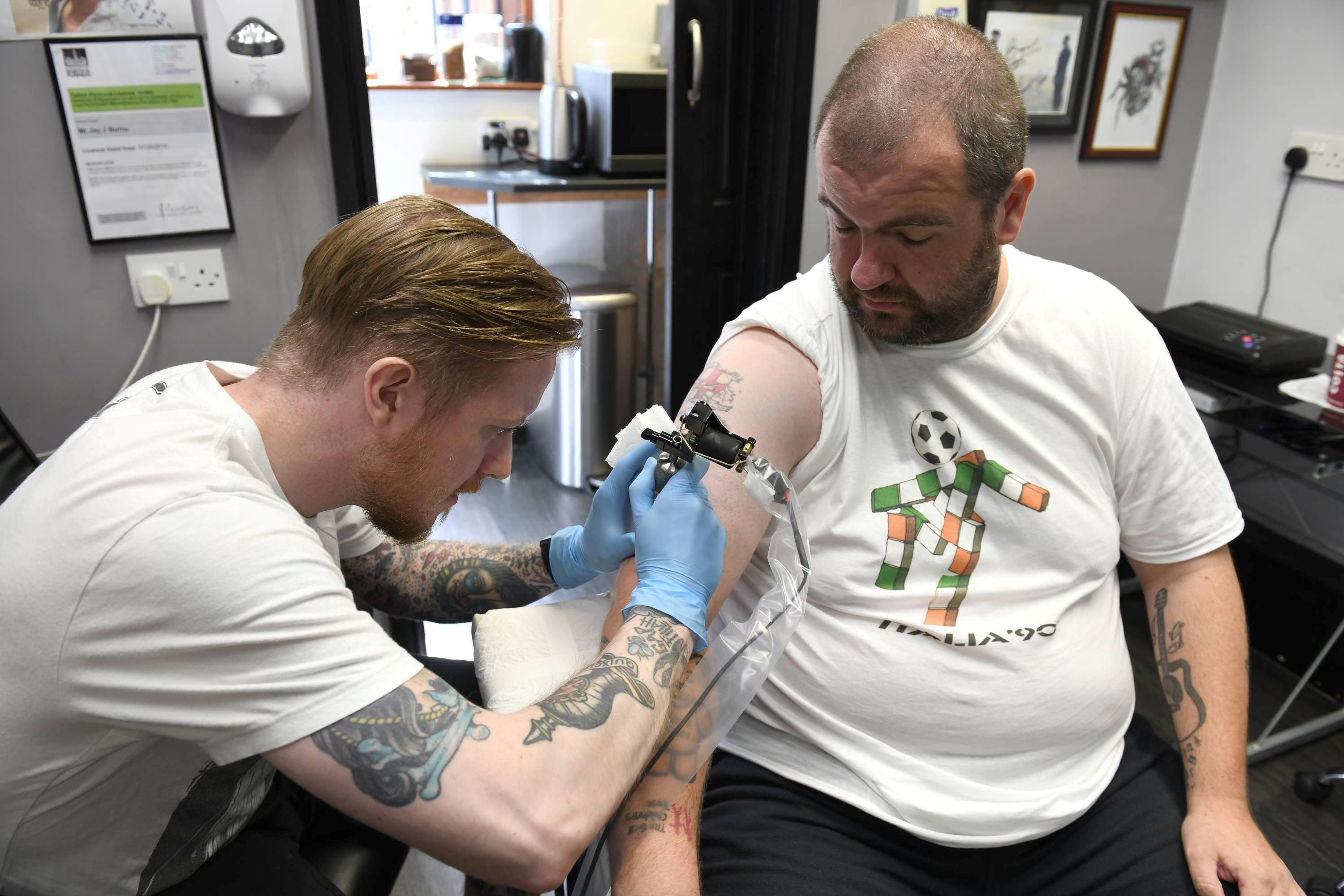 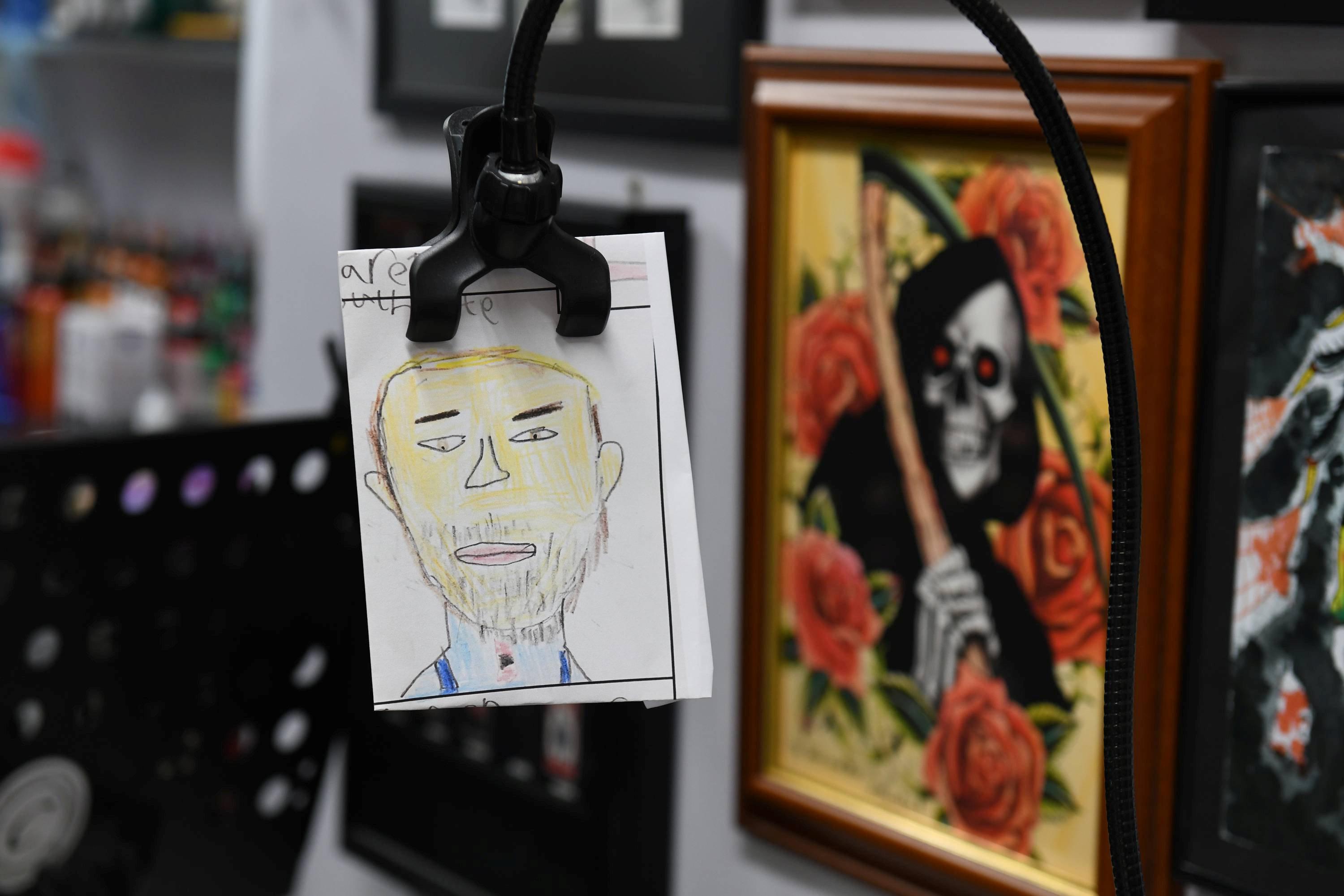 He said: "This isn't the normal sort of tattoo I'd go for, but it inspired me.

"After the Sweden game, I'd had a few rums, and I said on Twitter that I'd get a tattoo of Gareth Southgate if England made it to the final.

"Then a while later, after a few more rums, this school got in touch with me and said 'hang on why don't you get a tattoo of our version' and that was that.

"Oscar my eldest son isn't too impressed and my wife Gemma wasn't that keen initially but when I told her what it was for she allowed me to get it." 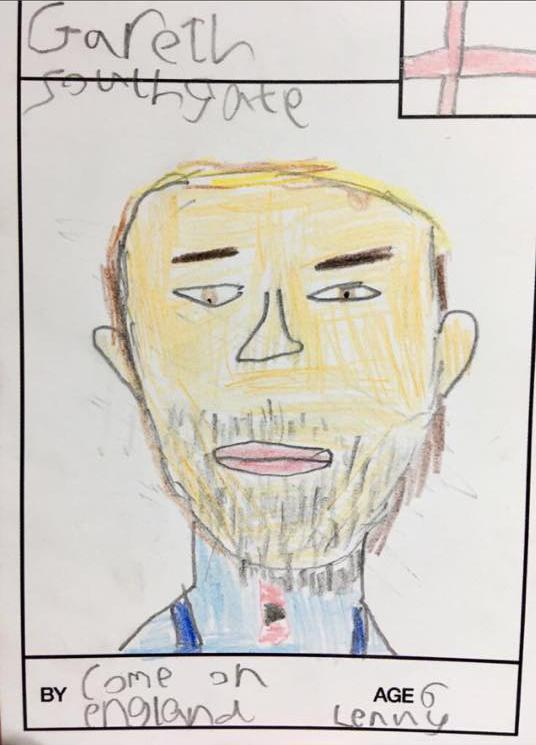 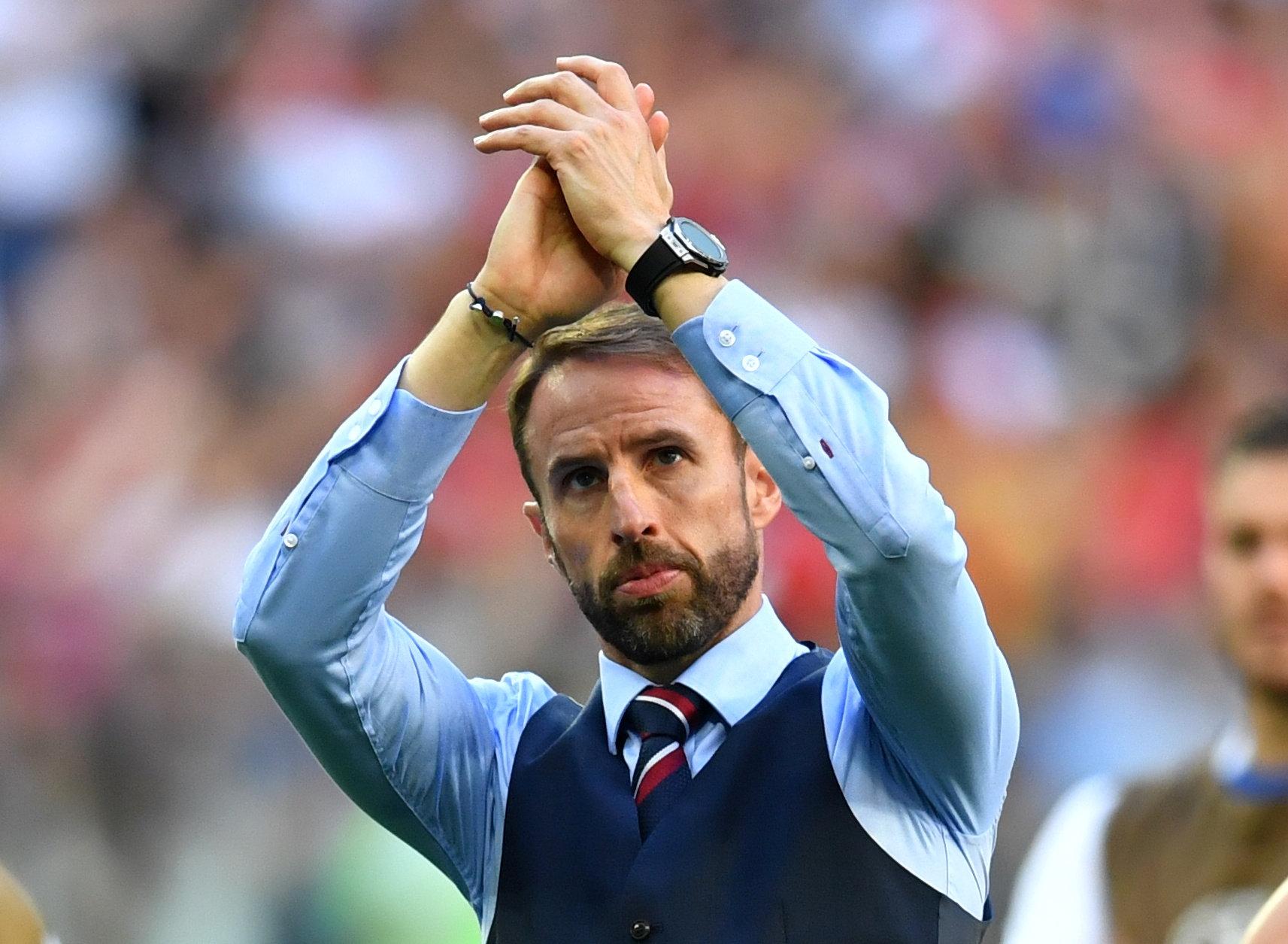 Jeff isn't stopping there either, it's inspired him to get another tattoo for charity in support of the NHS after his youngest son Jasper was diagnosed with mitochondrial disease.

He added: "My son Jasper is five and has mitochondrial disease so we've had help from our local community.

"And I just thought it was an amazing project to get behind and it just inspired me to do it.

"It will be a reminder of the great summer we've had, when we've all come together during the World Cup – so it will just be a special one really."