TWO England fans found themselves in an unusual position while celebrating Raheem Sterling's goal against Croatia.

The pair were snapped tumbling onto a banner that covered seats at Wembley Stadium. 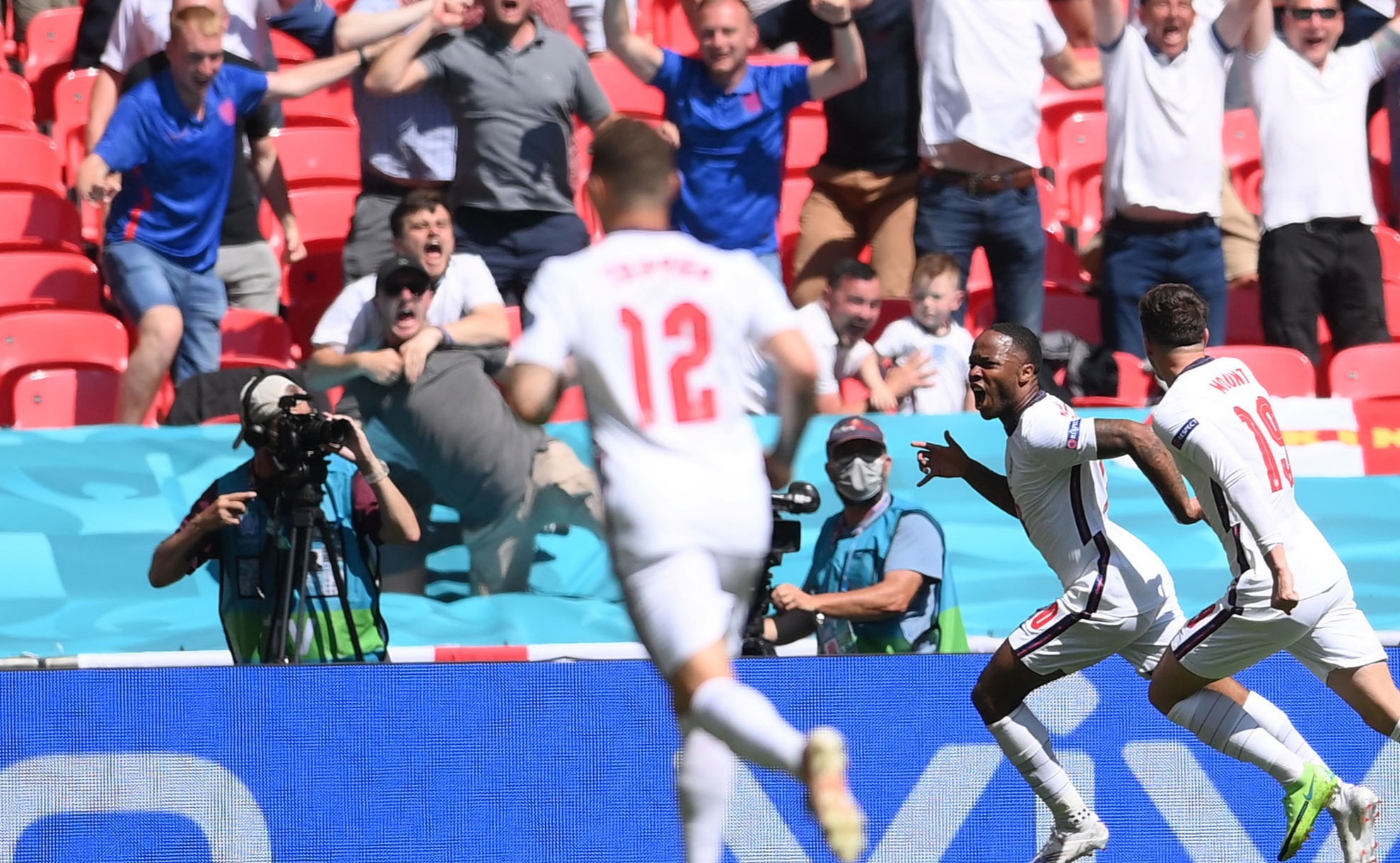 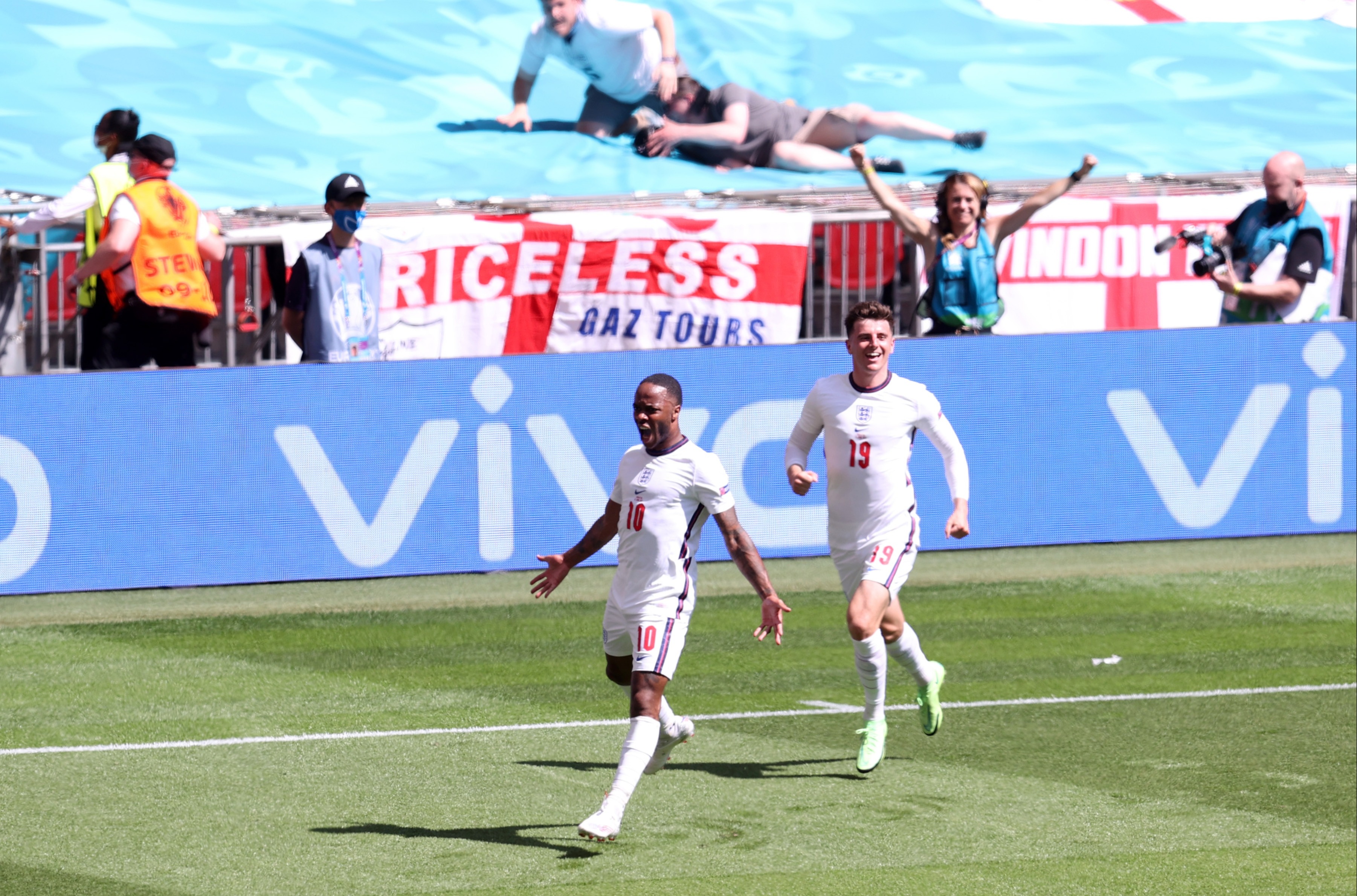 As Three Lions star Sterling wheeled away having scored the only goal of the game, eagled-eyed viewers spotted the pair in the background.

Initially leaping onto the tarpaulin covering the front rows, the pair were seen holding each other in a joyous moment.

However, they lost their footing to hilariously tumble down the stand.

The crowd's applause drowned out the minority who booed the England players taking the knee before the match.

And there was also a pre-game show of support for Christian Eriksen as the Denmark midfielder recovers from a cardiac arrest.

Sterling's second-half strike sent the crowd into raptures and sealed the Three Lions' ideal start to the tournament.

However, one fan was taken to hospital in a serious condition after falling at Wembley as the game kicked off.