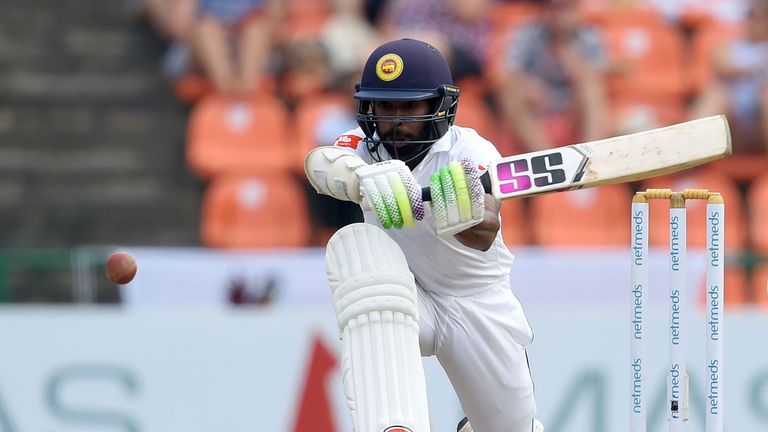 Mike Atherton expects England to wrap up victory over Sri Lanka on day five of the second Test in Kandy – but says Niroshan Dickwella could yet be a “hero” for the hosts.

Joe Root’s men require three wickets on Sunday for a series-sealing win after reducing Sri Lanka to 226-7 in their pursuit of 301.

Angelo Mathews was trapped lbw by Moeen Ali for 88 shortly after tea to severely dent the home side’s hopes, though sparky wicketkeeper-batsman Dickwella remains unbeaten on 27.

“England are not out of the woods yet – Dickwella is a player who could play a gem of an innings and see Sri Lanka home,” Atherton told Sky Sports.

“He is not going to die wondering – you sense he is a player for this situation. There is a hero lurking in there somewhere.

“But you’d have to think England are very strong favourites, even though they are not home yet.

“With Mathews out they can tinker around, play smart with Dickwella and attack the other end. I think it is too many for Sri Lanka to get. 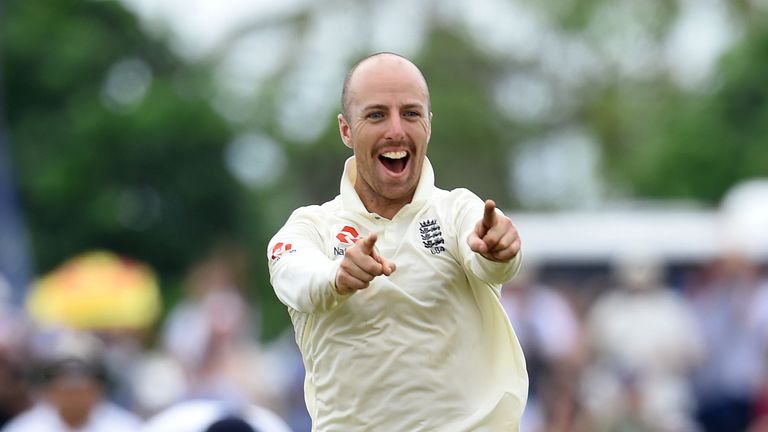 “We tried to say Sri Lanka were in the game at tea but 82 runs was a lot of runs then. Things can change quickly here.

“If you get one wicket you can pick up a second easily, which is what happened [when Dilruwan Perera fell shortly after Mathews].”

England had five penalty runs added to their first-innings total after Sri Lanka batsman Roshen Silva was adjudged to have deliberately failed to ground his bat in the hosts’ opening knock.

Atherton hopes that does not play a role in the result. 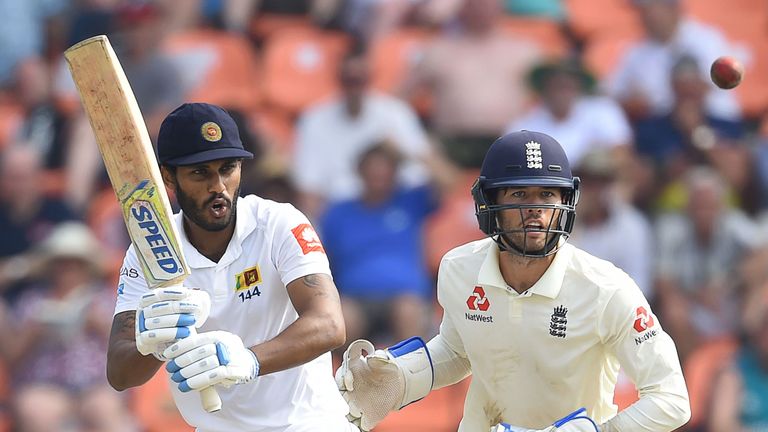 “If the margin of victory is within five Sri Lanka will go ballistic,” added the former England captain.

“The penalty was because Roshen ‘deliberately’ didn’t ground his bat whereas it looked dozy to me. I hope it doesn’t come within that margin.”

England opener Keaton Jennings remains “positive” the tourists will win – the 26-year-old doing his bit on Saturday with a stunning one-handed catch at short leg to dismiss Dhananjaya de Silva before parrying the ball to wicketkeeper Ben Foakes from the position to remove Dimuth Karunaratne. 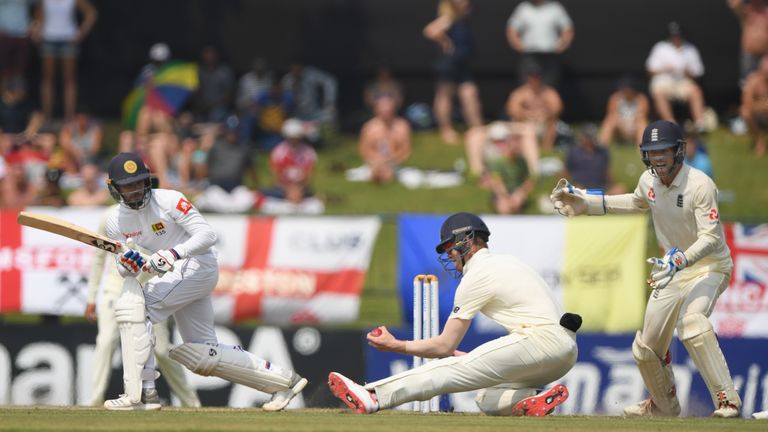 “We are really positive and hopefully our game-plan will prevail. The last four days have been amazing to watch and it is set up to be a thriller,” he said.

“Hopefully we can have a really good first half hour – even if we just restrict the scoring rate that will build the pressure on them to play a false shot.

“There are enough balls in there to create that pressure, but even some of your good balls turn too much and it allows batsmen to get the ball away square. 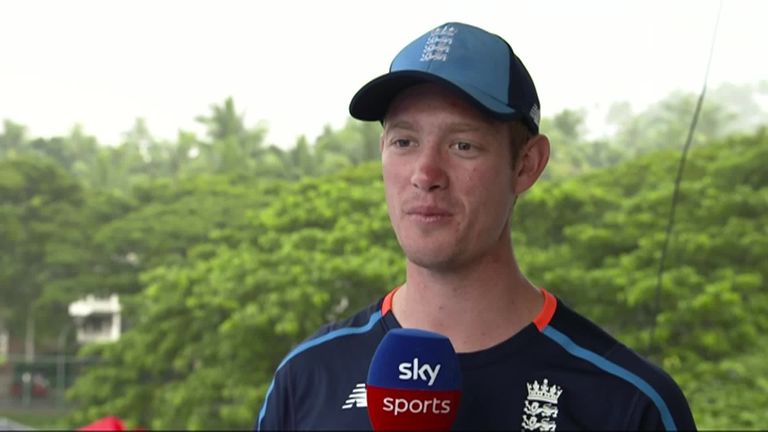 “It was tense at tea with a guy [Mathews] set but then you get those breakthroughs and it looks a completely different game. The break halted their momentum and we came out with fresh energy.

“Joe Root has made sure we stay patient, stay calm.”

Watch day five of the second Test from 4am, Sunday on Sky Sports Cricket and Main Event.