JOFRA ARCHER has led a criticism of author Taslima Nasreen after she 'sarcastically' tweeted that Moeen Ali would have joined ISIS.

The 58-year-old angered many online with her tweet at the end of England's tour of India. 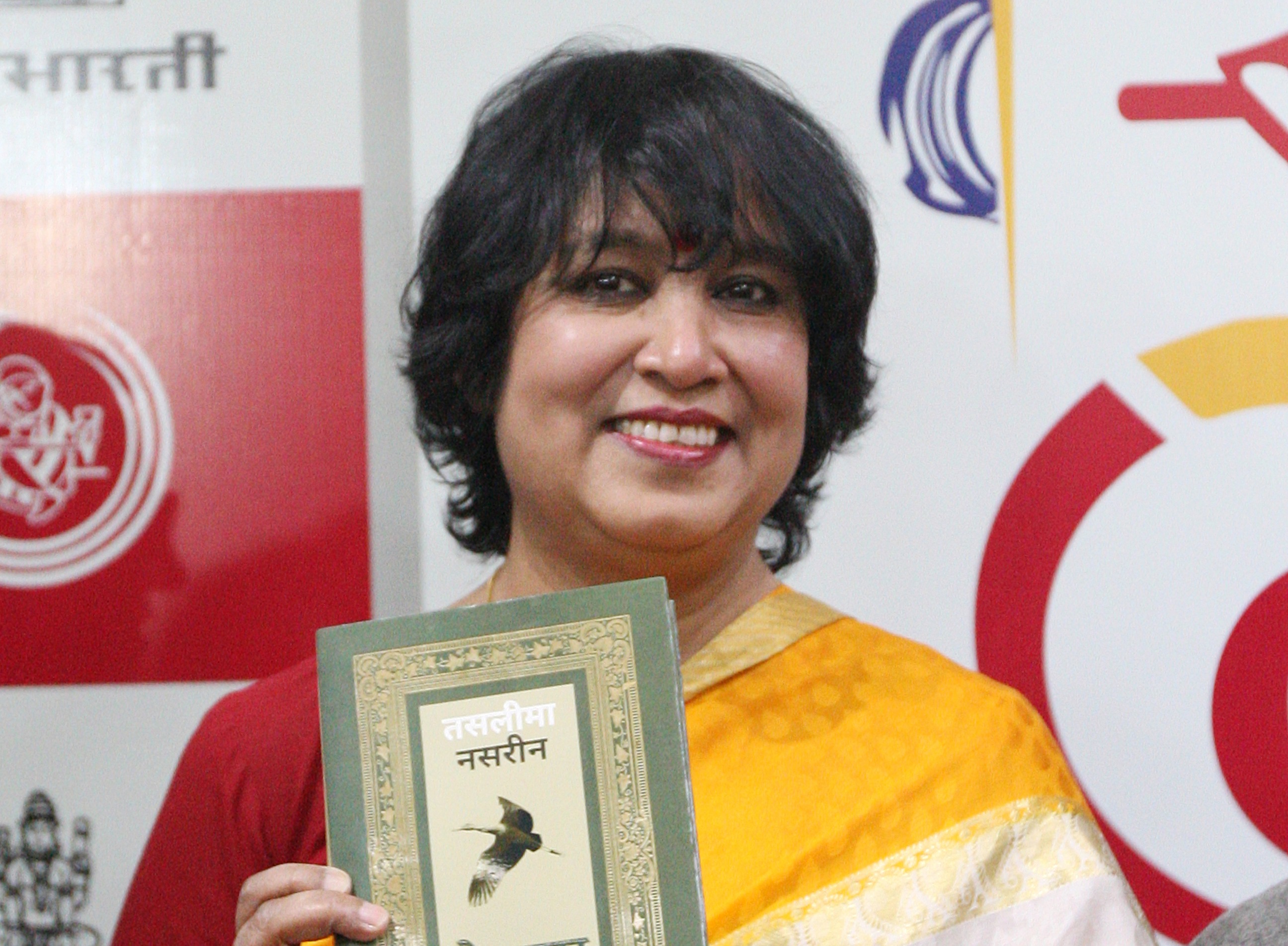 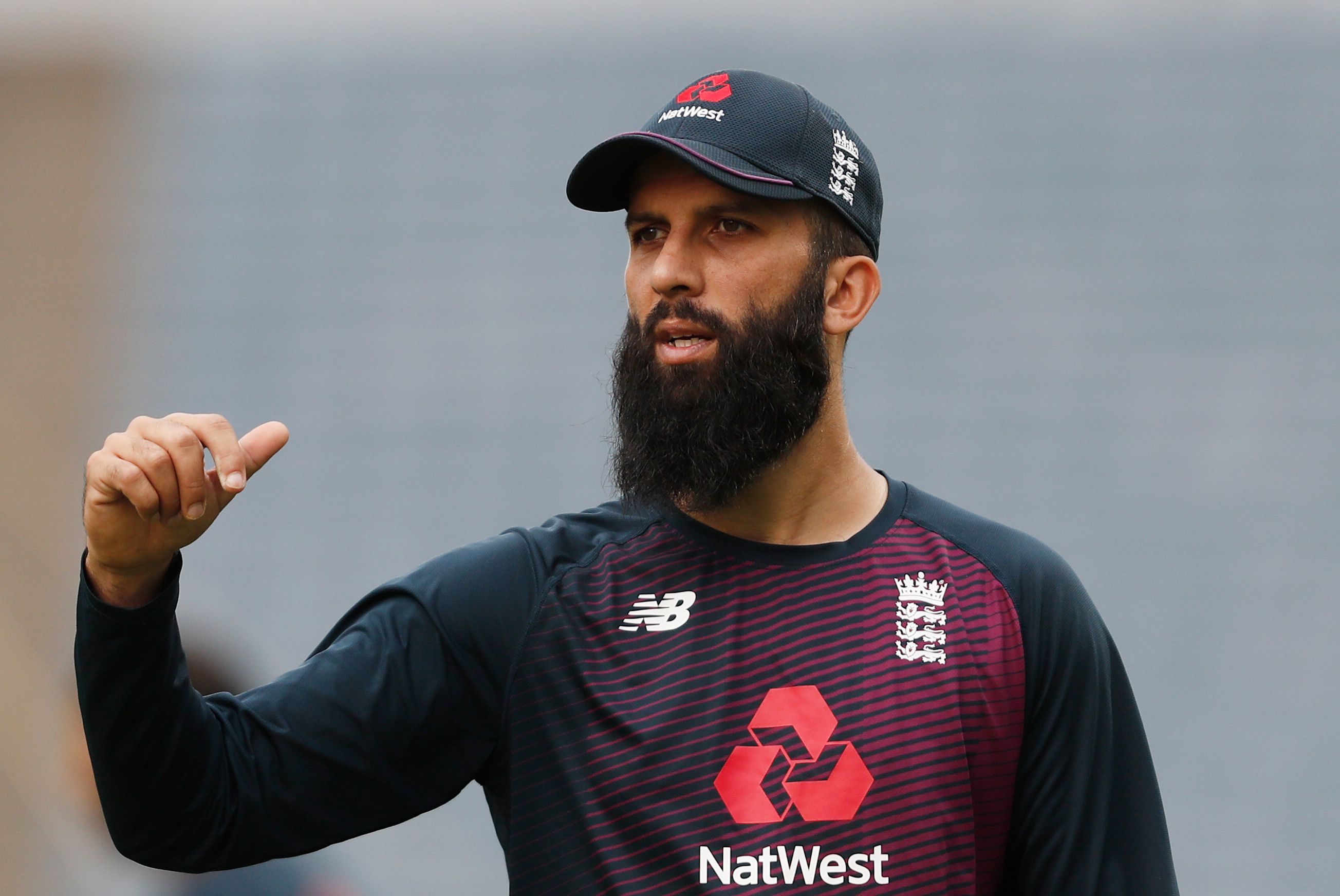 Ali, 33, is a practicing Muslim and featured in the Test and ODI series.

Nasreen's tweet read: "If Moeen Ali were not stuck with cricket, he would have gone to Syria to join ISIS."

Following strong criticism, the Bangladeshi secularist activist deleted the tweet with fast-bowler Archer among those standing up for Ali.

She attempted to explain away the remark by insisting it was a joke.

"But they made that an issue to humiliate me because I try to secularize Muslim society & I oppose Islamic fanaticism. One of the greatest tragedies of humankind is pro-women leftists support anti-women Islamists."

And she later wrote: "I feel like a poor pickpocket suspect beaten to death." 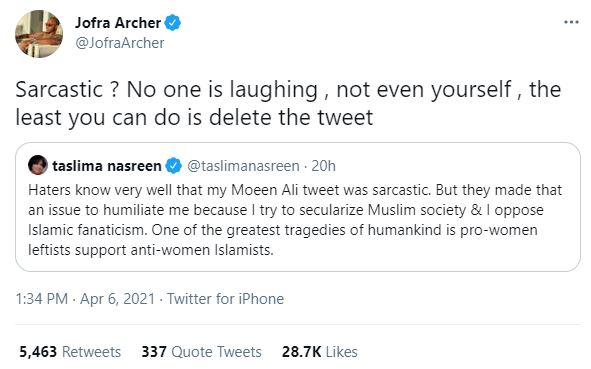 However, Archer dismissed the notion that she had been joking and was joined by a number of other cricketers in criticising Nasreen.

The 26-year-old commented: "Sarcastic? No one is laughing, not even yourself, the least you can do is delete the tweet."

And batsman Ben Duckett added: "This is the problem with this app. People being able to say stuff like this. Disgusting. Things need to change, please report this account!"

Ali is yet to respond to the tweet but his father reacted angrily in an article for Indian Express.

She will know what she tweeted is what is fundamentalist – a vicious stereotype against a Muslim person.

Munir Ali said: "I am hurt and shocked to read Taslima Nasreen’s vile remark against my son Moeen.

"In her 'clarifying' tweet, where she described her original remark as sarcasm, she also says she stands against fundamentalism.

"If she looks into a mirror, she will know what she tweeted is what is fundamentalist – a vicious stereotype against a Muslim person, a clearly Islamophobic statement.

"Someone who doesn’t have self-respect and respect for others can only stoop to this level."

He added: "Over the years, I have come across people like Nasreen who have railed against Moeen; the only difference is they were from England.

"I remember sitting at the ground at Worcester years ago when Moeen walked out to bat. A loud voice shouted, 'Shave off the beard!'. 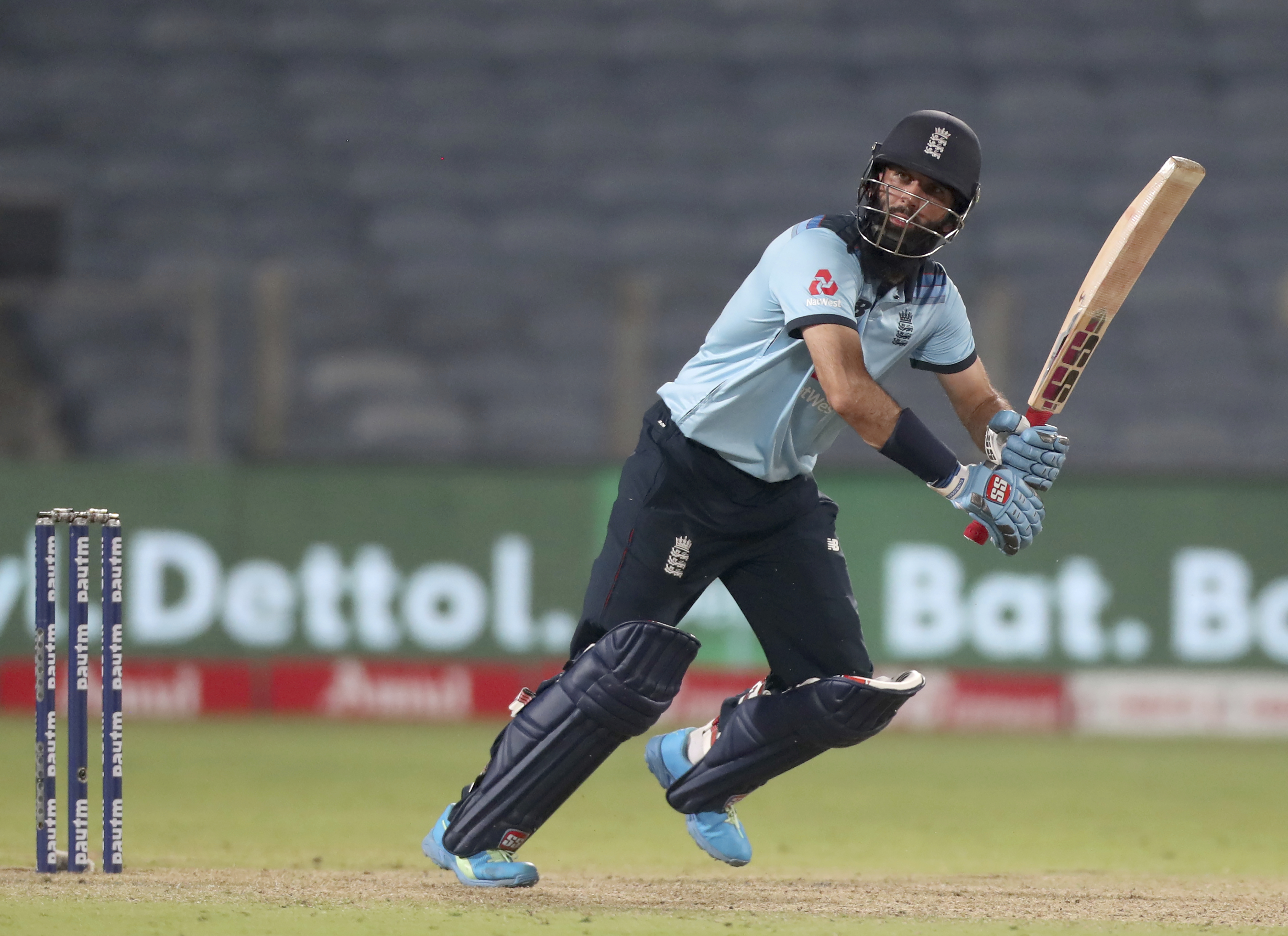 "I had already been hearing some murmurs in the cricketing world about Moeen’s faith.

"Even some coaches. They would gently tell you, 'Look, this is England, think about that beard'.

"I was worried and went to Moeen, who told me in a clear voice that this was him. That he wasn’t going to bother about the criticism. That’s his strong character."