It wasn't the Sri Lankan bowlers who put the skids on Jonny Bairstow and Ben Stokes' partnership on the opening day, but a cheeky pooch in Colombo. 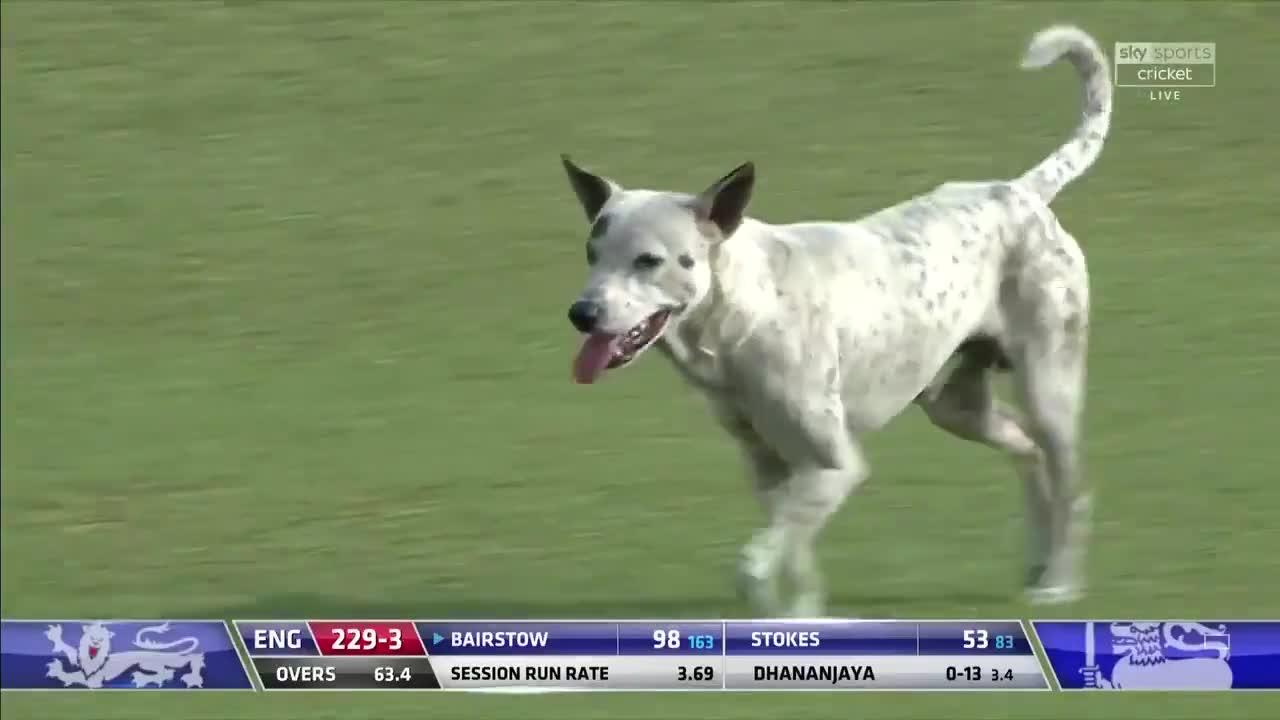 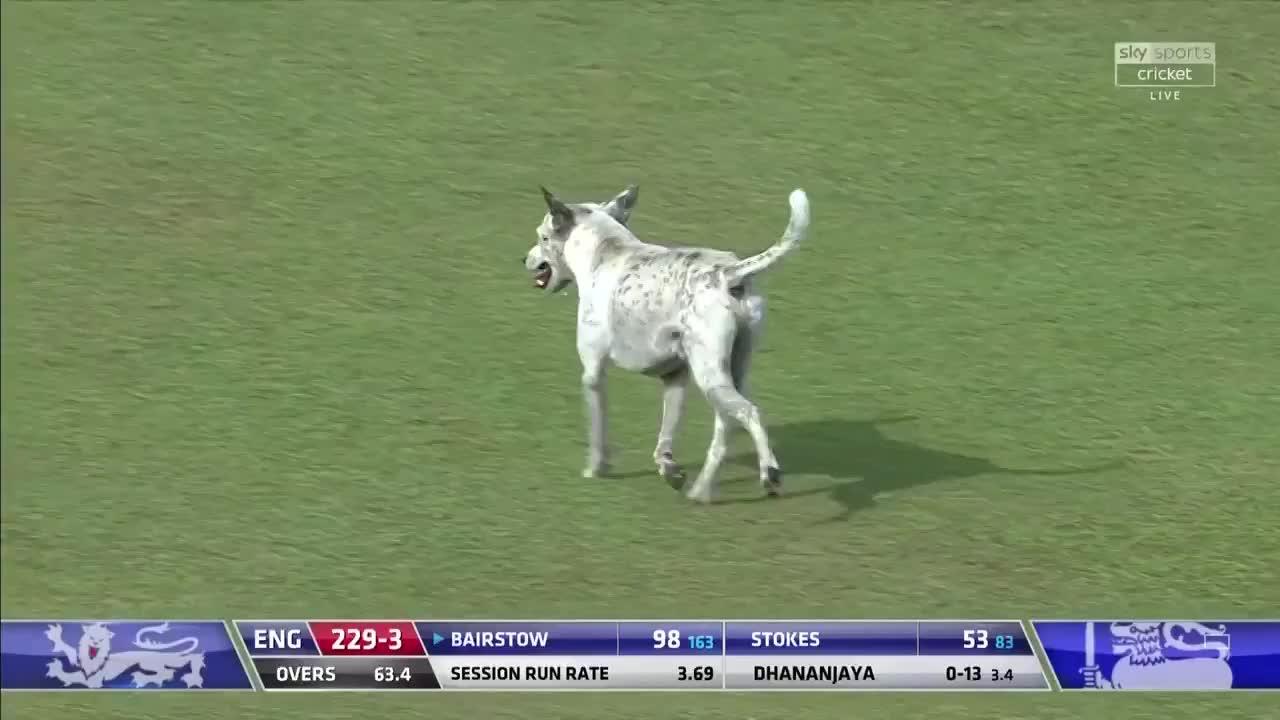 Bairstow was just two runs short of his century when play was halted after the unwanted guest trotted onto the pitch.

With it's tail up and tongue lopping out of its mouth, the cunning canine was determined to take the shine off England's middle order prowess.

One Sri Lankan fielder tried to user the animal off, but it didn't want to go in the direction offered, and scarpered in another.

Thankfully, play was able to resume after around a minute's delay – and Bairstow soon passed his 100. 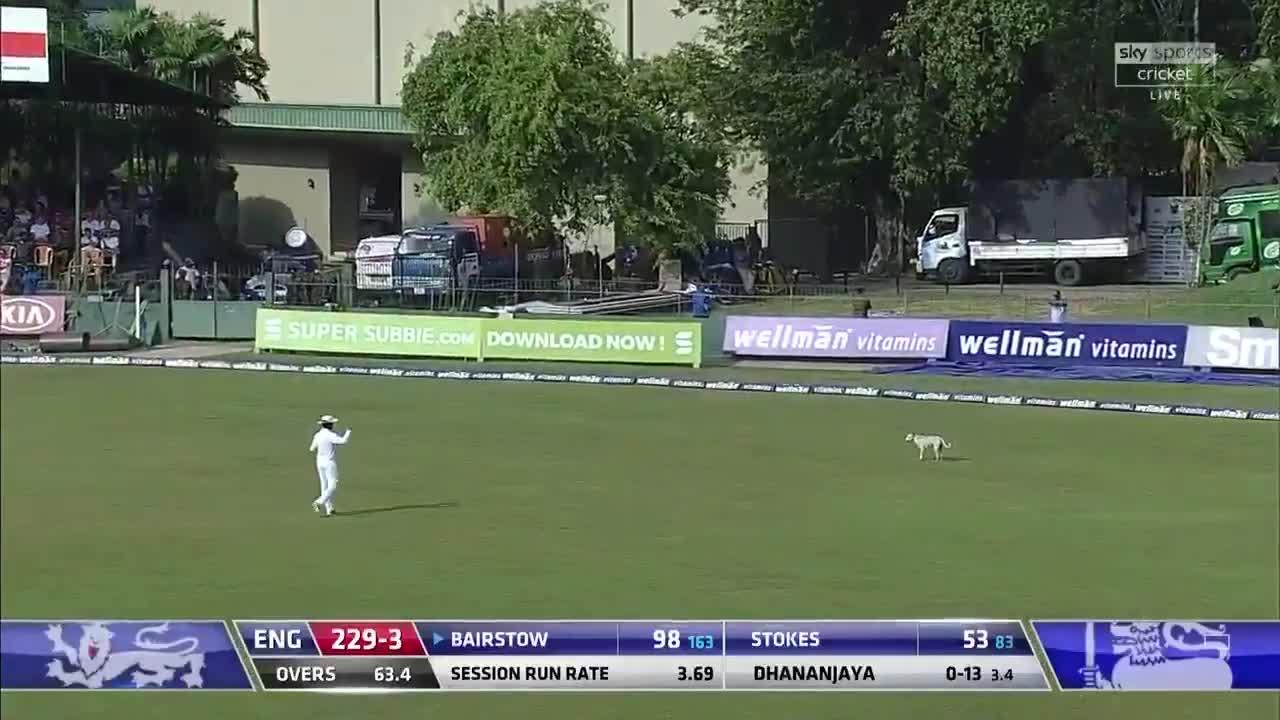 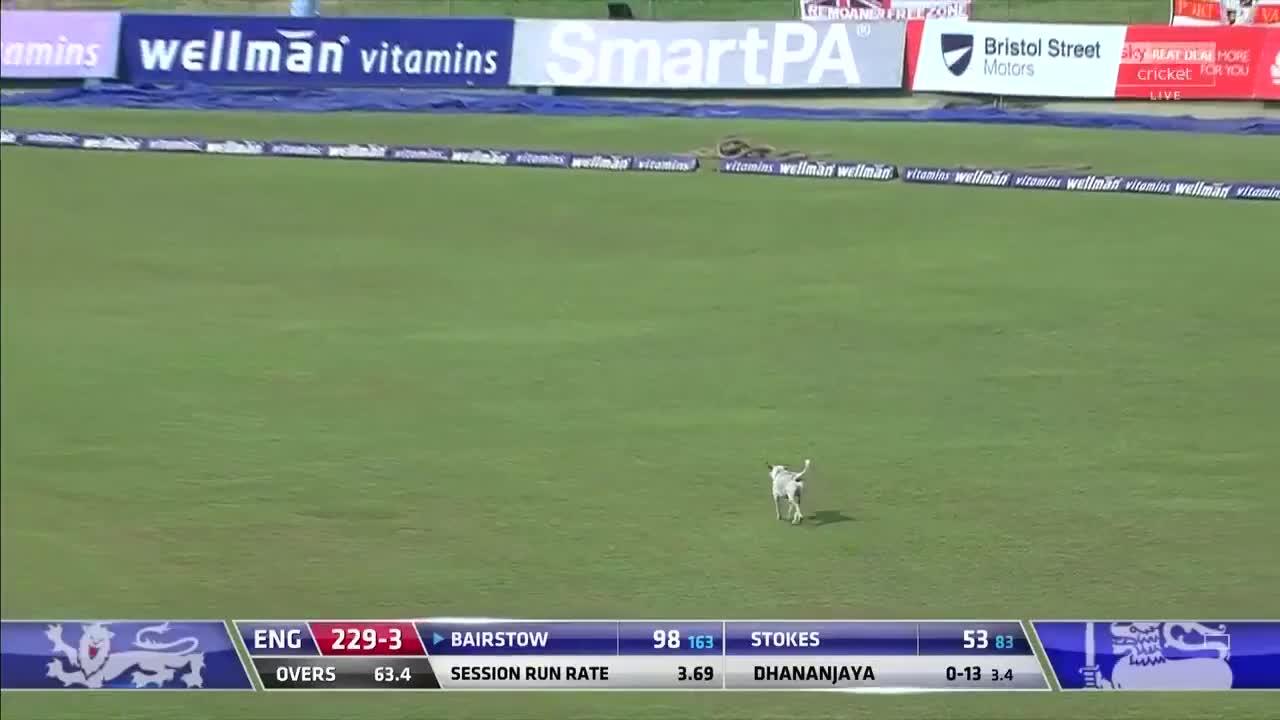 The commentators particularly enjoyed it.

One said: "Well, we have got an intruder, he's held up play, taking his time.

"He is just taking it easy, going for a stroll, looking for his friends. 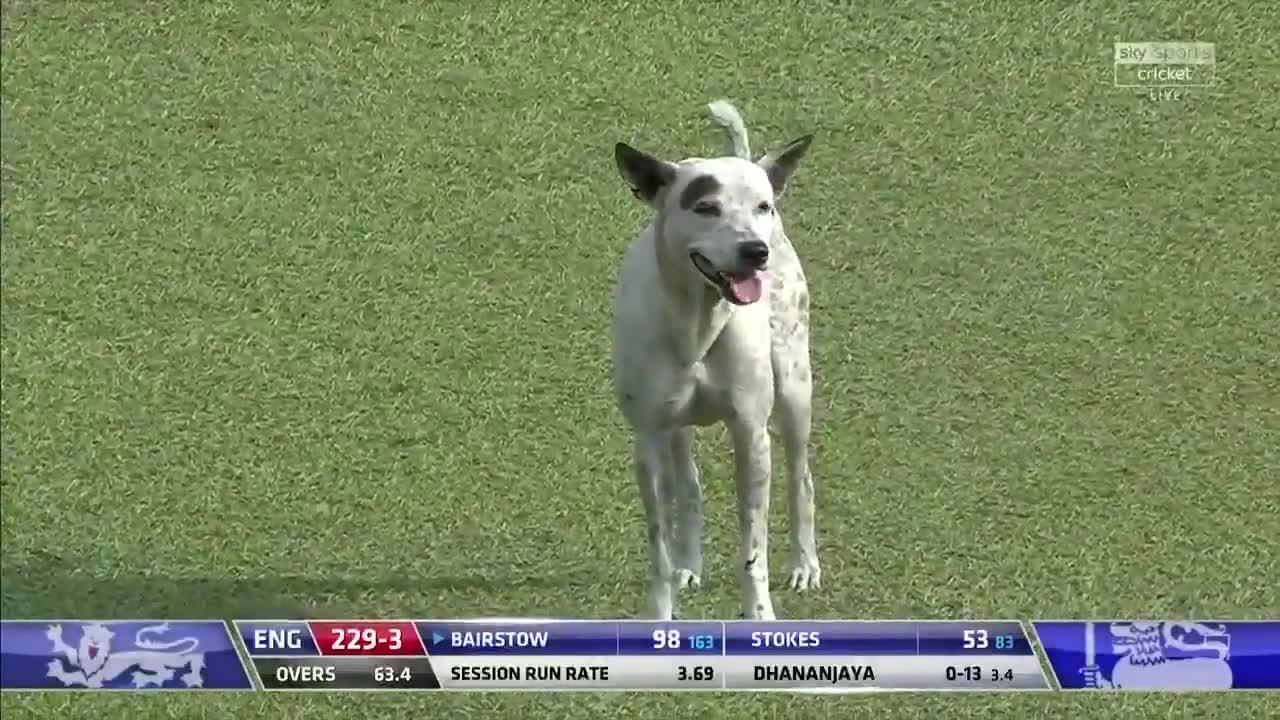 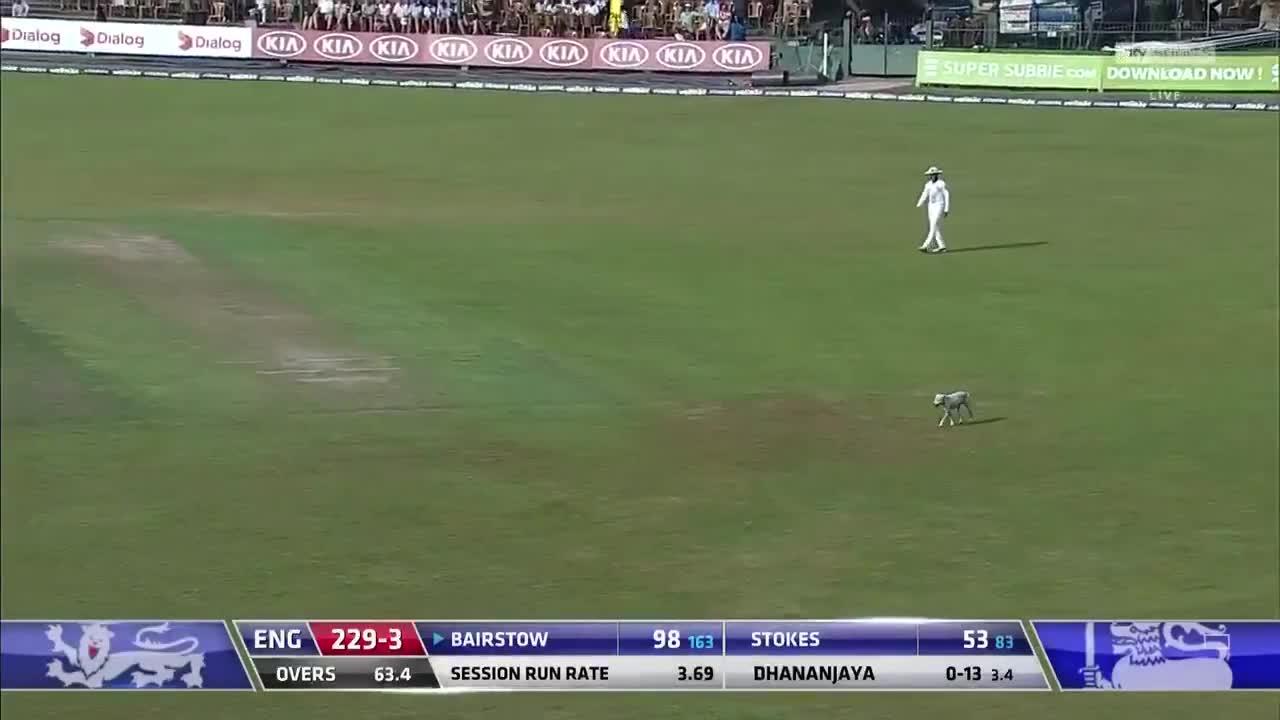 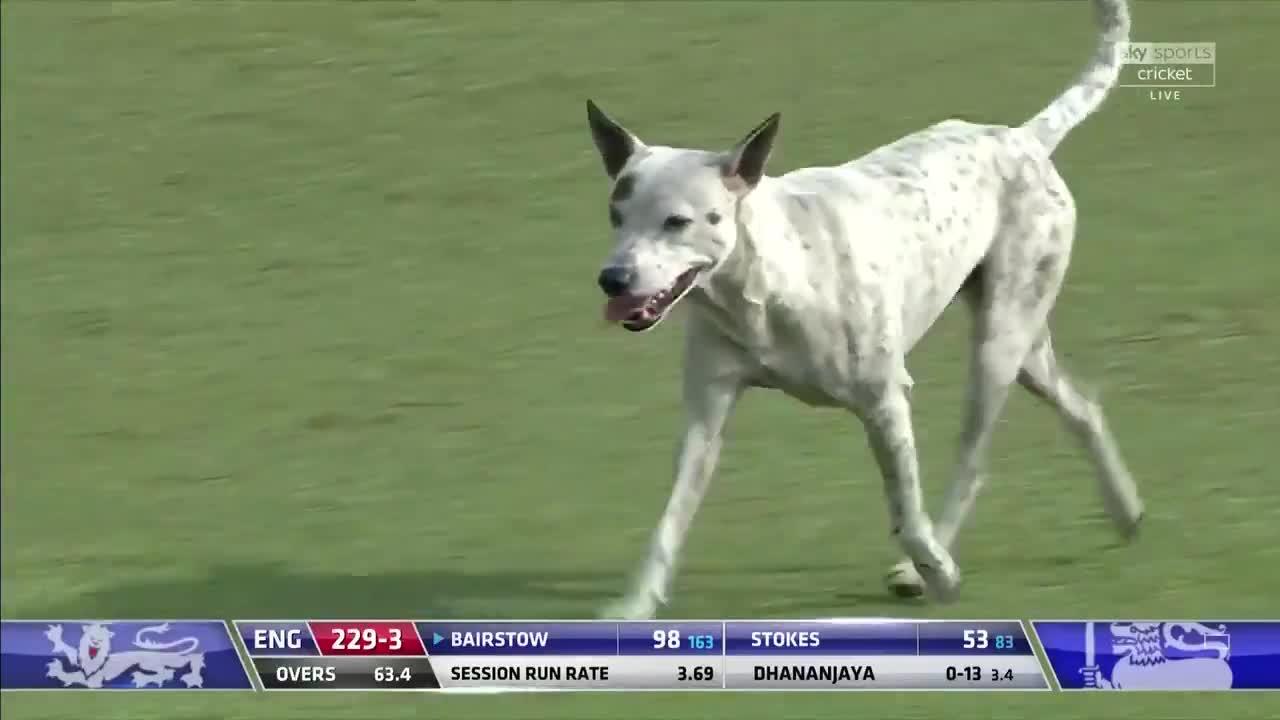 And not unsurprisingly, the break in play went down a treat on social media.

Umair Bangash wrote on Twitter that the dog was clearly "trying to help out Sri Lanka in the field as they struggle to contain England."

Another was less-than surprised, posting that "there are so many street dogs in Sri Lanka", and that they are all "super friendly and lovely".

Another cricket fan posted that it was clearly a "rogue pooch" and that it "refused to leave".