With Sky Sports Cricket broadcasting the Edgbaston Test from the 2005 Ashes in full from Thursday, Nasser Hussain – who will be part of a watchalong for the Test’s thrilling conclusion on Sunday from 12pm – recalls his memories leading into that second Test of the series…

It could have all been so different.

With Australia needing four to win, Steve Harmison bowled a full toss wide outside Brett Lee’s off-stump. Had it gone for four, the Ashes were all but over.

But it didn’t. It was stopped by the sweeper on the boundary for just a single and a couple of balls later England took the final wicket they were desperate for and were right back in the series at 1-1. 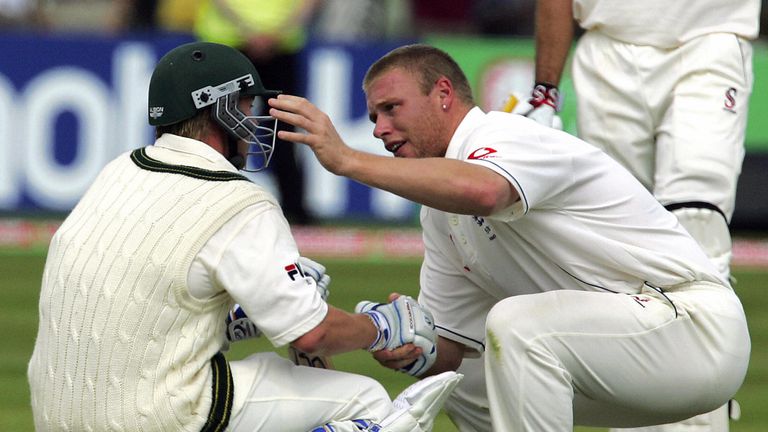 Back then, I was enjoying my new role as a spectator during that 2005 summer having retired a year earlier, but that last day at Edgbaston was difficult.

It was similar to Ben Stokes’ Headingley heroics last summer; as a commentator you are there to do a job, but you can just feel the tension come through from the crowd.

England fans up and down the country would have been hiding behind their sofas in 2005, yet England skipper Michael Vaughan had a real cool, calm mannerism about him.

That was a very, very good England side, and one brilliantly led by Vaughan. 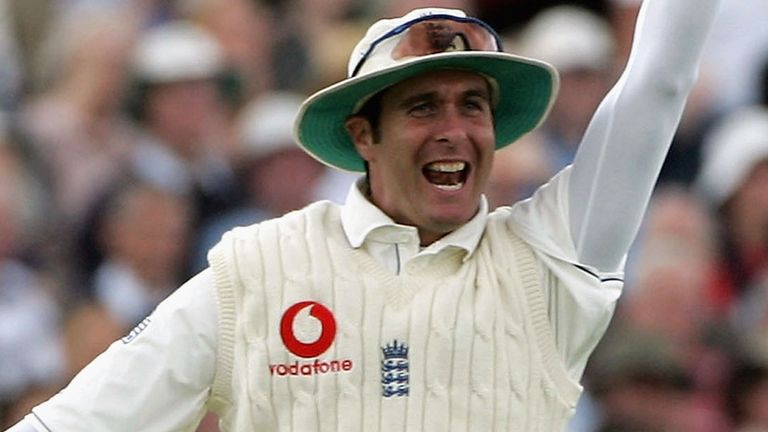 I think it was said ‘he ruled with an iron fist in a velvet glove’, which sums him up pretty well. Vaughan knew when to be firm, but also knew when to let players go out and just express themselves.

I never felt, even after defeat in the first Test at Lord’s, that it was a case of ‘here we go again’.

If it had been my side, or Michael Atherton’s, or previous England teams, going 1-0 down, there would be some thinking in that. There was no mental baggage and scarring in this team. 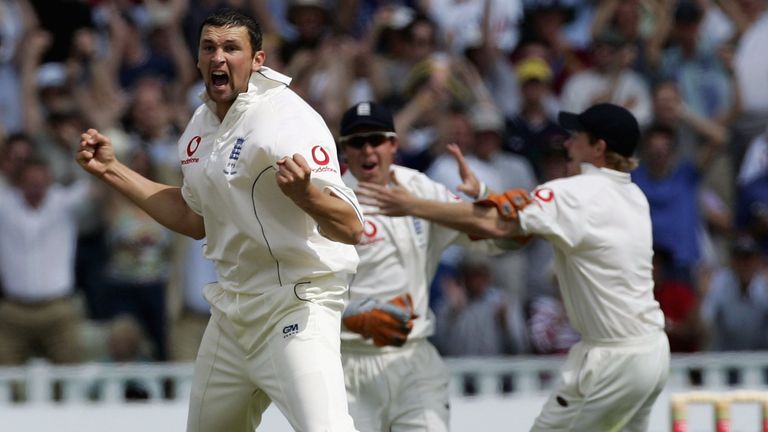 You could see that before the series in an ODI at Edgbaston, when Matt Hayden went at Simon Jones after he threw the ball back at him. Straight away, Andrew Strauss came in from one side, Paul Collingwood from the other.

Watching it, you thought ‘ok, this side aren’t going to be bullied by Australia’.

There were more positive signs, in particular with Kevin Pietersen and the way he counter-attacked against Glenn McGrath on his Test debut at Lord’s.

Whatever message Vaughan had put across to his players, along the lines of ‘we’ve got to take it to these Aussies’, you still need someone to front up and do that. You could see it just rattled Australia a little bit.

No one had played McGrath like that before. Ever. Smashing him for six straight into the pavilion, hitting him off his length like that.

And this was McGrath at Lord’s. Where he was historically great.

With that in mind, McGrath doing his ankle by rolling over on a cricket ball on that first morning at Edgbaston was huge in the context of the series.

As was Ricky Ponting’s decision to bowl at the toss.

I was in the middle at the time, looking at the pitch, and then you heard the commotion, with people rushing over to the Hollies Stand. 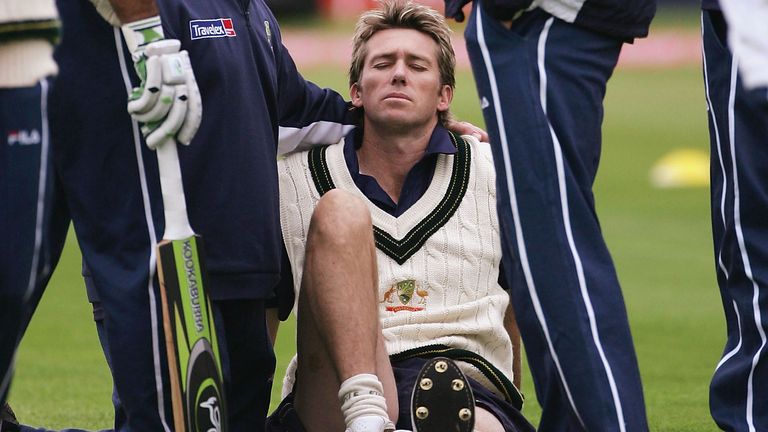 Your first thought is it’s just one of these things that happens regularly of a morning, someone has gone over and will soon be back up on their feet. But then you see it’s McGrath, and five minutes later a stretcher is being brought round.

Shane Warne will tell you: he was pushing Ponting to bat. Australia were heavily reliant on Warne and McGrath. So, with no McGrath, it was a case of ‘now what have you got?’

The rest of the Australian bowling attack was not quite firing. Jason Gillespie was a great bowler, but Pietersen had battered him around the park in an ODI at Bristol earlier that summer and there were signs Dizzy was past his best.

England ended up smashing 400 runs on that first day at Edgbaston. On the back of Pietersen’s aggression at Lord’s, Strauss and Marcus Trescothick set the tone from ball one and the crowd lifted. 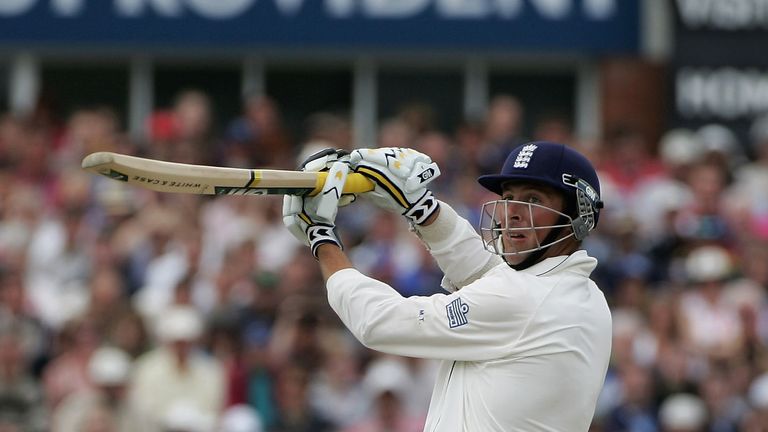 Ponting can argue, ‘well, if we’d got three more runs’ then it’s a brilliant decision [at the toss], but you knew then that the series was back alive.

While Australia had concerns over their bowling, England’s four-pronged seam attack, backed up by Ashley Giles, had everything.

There was swing from Matthew Hoggard, bounce and pace from Harmison – go back to Lord’s and him scarring Ponting with a bouncer, hitting Justin Langer too – and then you had the pace and skiddy reverse-swing of Jones and man of the series Freddie Flintoff. 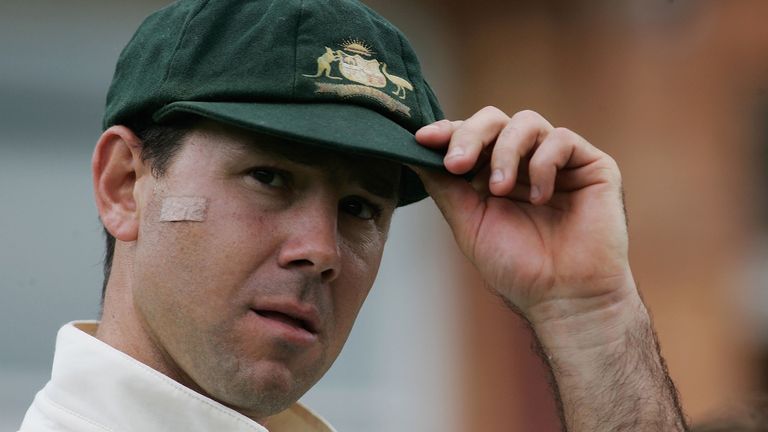 Freddie bowled at Edgbaston, according to Ponting, ‘one of the best spells he’d ever faced’, as he took Langer’s wicket and the skipper’s in the same second-innings over. And that’s coming from Ponting!

He was bowling 90mph plus, reversing the ball both ways, in and out to Ponting.

As an ex-England captain who had endured a lot of defeats to Australia, it was nice to see that when you put them under pressure and execute your skills properly, they are fallible just like anyone else.

When I left the England set up, I would be lying if I said I saw them winning the Ashes in a year’s time but, I felt if that bowling attack could stay together, then they would have a chance.

And the key reason England won that series was their bowling attack. 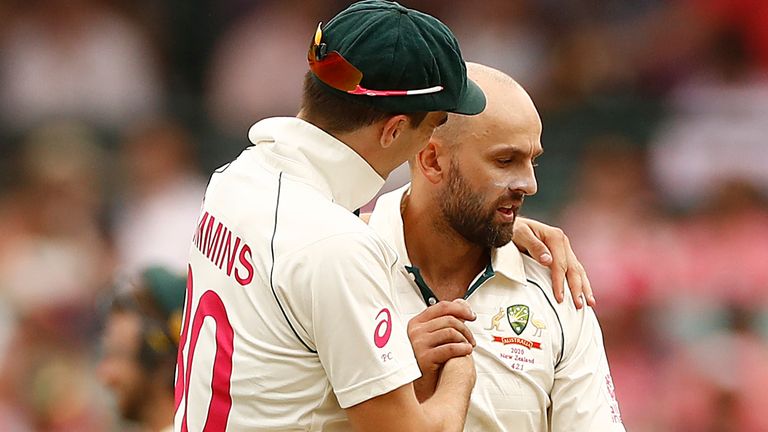 It also needed Australia to not be at their best and, taking nothing away from what England achieved, with McGrath injured for some of the series and Gillespie not at his best, I think they did come down a notch.

That said, the one person who went up in my estimations – if that was even possible – was Shane.

It’s one thing doing it when everything is going in your favour, but when everyone around you is stuttering, for him to put in the performances he did with bat and ball in that series was absolutely phenomenal.

He was a champion cricketer already before that series, but 249 runs and 40 wickets was immense. Forty wickets!

It was a remarkable summer. Some of the scenes: the Pietersen innings at The Oval, the hordes of fans queuing at Old Trafford for the final day, Freddie’s match-winning moments.