England oozed confidence after their 5-0 ODI whitewash over Australia and promoted Buttler, one of the chief architects of that triumph, in this one-off game to make full use of the 27-year-old's powerful shot-making. 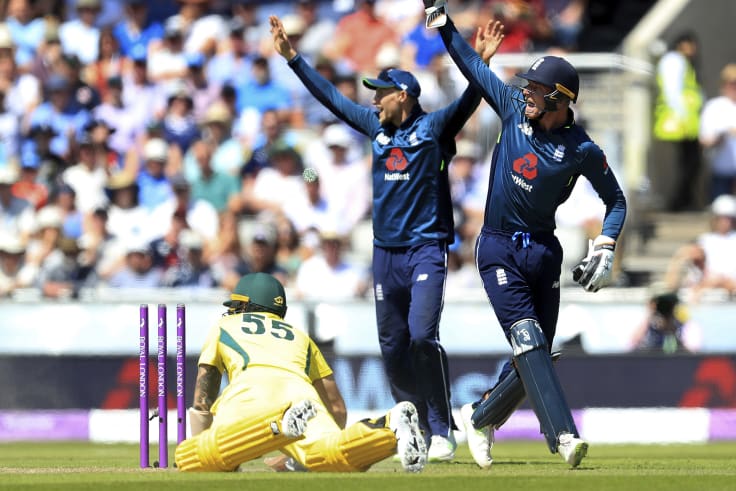 The result is normally the same wherever he bats and Buttler carried on where he left off last week, thumping a 22-ball half-century as England piled up 221 for five, just nine short of their T20 record.

"It feels a small ground and it's a belting wicket," said Buttler, who hit five sixes in his 61.

Jason Roy (44) helped Buttler put on 95 for the first wicket before Alex Hales (49) and Joe Root (35) kept up the momentum and Jonny Bairstow rounded off the innings with a huge six.

Although Australia are ranked number two in the world — three places above England — and came into the game on the back of six T20 wins, they struggled to match the home side's huge total until an 86-run partnership between captain Aaron Finch and Ashton Agar put England under pressure. 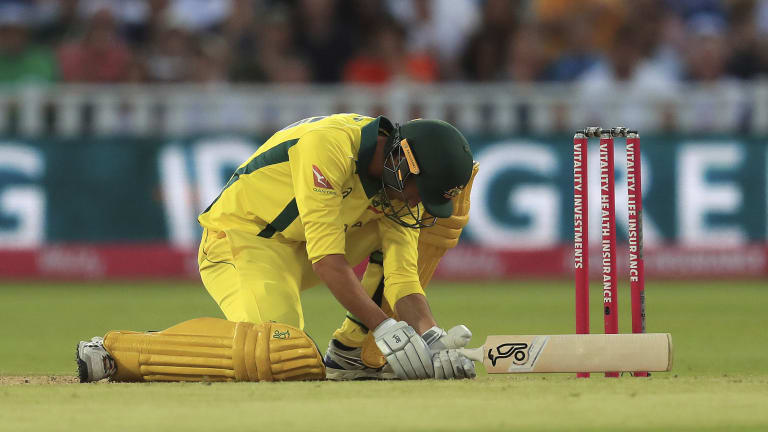 But with the run rate continuing to edge up, Finch was caught on the boundary by Chris Jordan off a slower ball from Adil Rashid for a 41-ball 84.

That left the tourists needing 64 from 28 balls and their last hope disappeared when Jordan bowled Agar for a 23-ball 29 before they were all out for 193 in the final match of a disappointing tour.