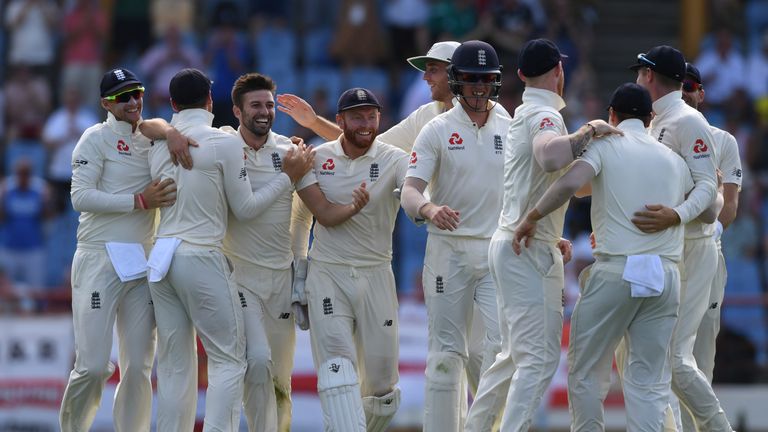 Moeen Ali and Mark Wood both took two wickets in as many balls as England rocked Windies’ reply to their 277 all out on day two in St Lucia.

Spinner Ali had Kraigg Brathwaite (12) caught in the deep and pinned John Campbell (41) lbw after the duo had put on 57 for Windies’ opening wicket, before seamer Wood, playing his first Test since May, had Shai Hope (1) and Roston Chase (0) snaffled by Rory Burns at gully during a speedy spell.

Wood then had Shimron Hetmyer (8) caught by Joe Root at slip on the stroke of tea as Windies headed in on 74-5, to trail by 203 runs.

England had earlier lost their final six wickets for 46 runs as they collapsed from their overnight 231-4 once Jos Buttler (67) was cleaned up by Shannon Gabriel – Ben Stokes (79) falling to a superb running catch from wicketkeeper Shane Dowrich as he skewed a pull off Kemar Roach (4-48). 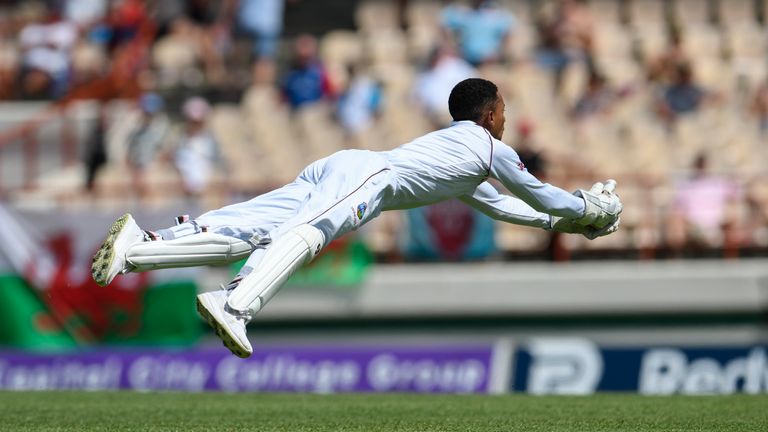 Roach also ousted Jonny Bairstow – who made a sketchy two from 33 deliveries and was bowled for the 30th time in his Test career – as well as Wood (6) and last man Anderson (0), while Alzarri Joseph removed Ali (13).

Watch continued coverage of the third Test between Windies and England live on Sky Sports Cricket.