Billings, who has been replaced by Surrey’s Ben Foakes in the England squad for the ODI against Ireland on May 3 and the T20I versus Pakistan two days later, was forced off in the second over in Cardiff after diving to stop the ball at mid-off.

The 27-year-old – making his first appearance for Kent since returning from a stint in the Indian Premier League with Chennai Super Kings – was treated with oxygen before he left the field. Billings – who was hoping to make a late bid for selection in England’s World Cup squad – was seen by a specialist on Friday with Kent later announcing the severity of the injury.

“The scan highlighted significant damage to his shoulder, meaning he will require surgical intervention,” Kent’s director of cricket, Paul Downton, said of Billings.

“This surgery has been scheduled for next week and it is anticipated that he will be back to fitness within three – five months.

“I know I speak for everyone at Kent Cricket when I say we really feel for Sam. To have picked up this kind of injury ahead of what was set to be an exciting summer is tough. 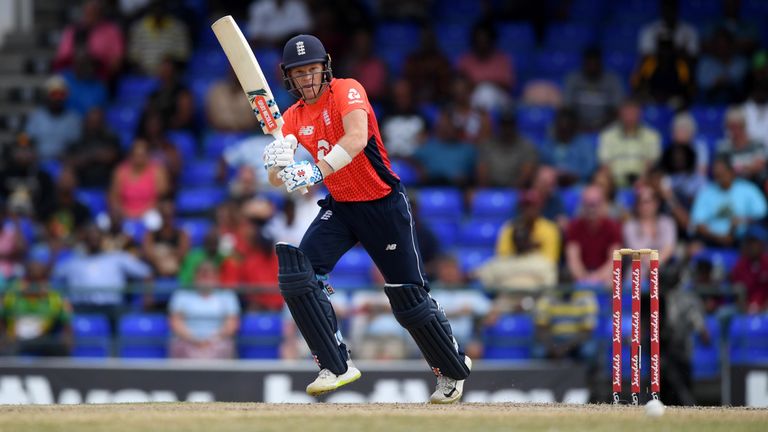 “However, I have no doubt that his dedicated professionalism and strong mindset, will see him working hard behind the scenes to return back to fitness as soon as possible.”

Billings has played 21 T20Is and 15 ODIs for England since 2015 and struck 87 in his previous innings for his country, in the second T20I against West Indies in St Kitts on March 8.

Watch England’s ODI against Ireland, at Malahide, live on Sky Sports Cricket from 10.30am on Friday, May 3.