The arrival of one of world cricket's premier batsmen could add another dimension to Canberra's biggest summer of cricket as the Sydney Thunder edge closer to a return.

Joe Root has reportedly linked up with the Thunder in a bid to increase his exposure to the booming Twenty20 format after being left behind in an evolving cricketing landscape. 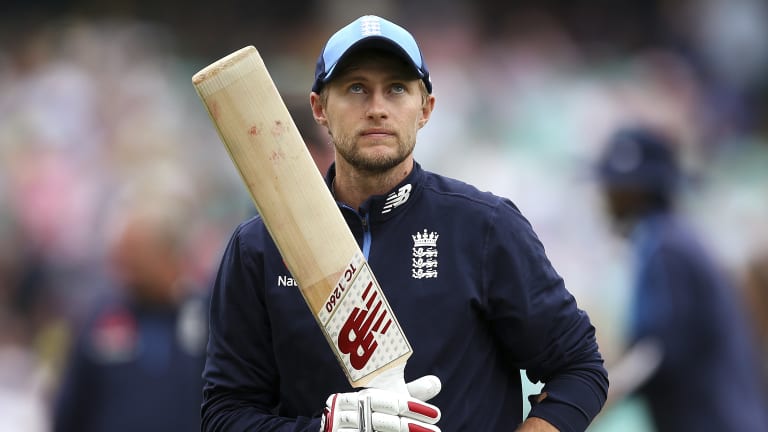 Joe Root could be Canberra bound.

Root was left out of England's Twenty20 side last weekend and has appeared in just 11 games since the last World Twenty20 tournament, while he went unsold in the last Indian Premier League auction.

Root and fellow Englishman Jos Buttler could leave Canberra thunderstruck when the Thunder host the Hobart Hurricanes under Friday night lights on December 21.

The Women's Big Bash League fixture has been published with the venue for the Thunder's home game against the Hurricanes on December 21 to be confirmed.

The deal to bring the Thunder back to Canberra for a BBL-WBBL double-header is almost done with the club and ACT government ironing out the final details.

All eight clubs will launch their campaigns on a standalone festival weekend in Melbourne beginning on December 1 at Junction Oval.

Cricket Australia has announced top-ranked teams will host stand-alone semi-finals and the final in a move especially welcomed by the Sydney Sixers – who have won two consecutive titles on foreign soil.

The 59-match season will have 23 games broadcast live on Fox Sports and Seven – almost doubling last season's figure – while ABC Radio will cover every game. All remaining games will be streamed online with free entry for regular season matches.

The WBBL is gearing up for a monumental shift to a stand-alone season in 2019-20 and Big Bash League boss Kim McConnie says an improved broadcast agreement "will help us on our journey to be the leading sport for women and girls in Australia".

"As the popularity of women’s cricket keeps growing in Australia, the WBBL continues to cement itself as one of the best family friendly entertainment options each summer, with world class on and off-field action," McConnie said.

"For the first time ever we are moving the WBBL finals to stand-alone fixtures separate to the men’s competition, in a move that is sure to please players, clubs and the fans.

"Giving the WBBL its own window for finals is an important step for the League as we look ahead to a stand-alone fixture in the 2019-20 season.

"We know there is a demand for women’s cricket, with more people than ever before tuning in to watch the sport, so the strong relationship we are forming with our new broadcaster partners will continue to reinforce the WBBL position as a competition that inspires young girls to understand that cricket is a game for girls too, and that they can make a career from the sport – not just at the top level."

The impending return of the BBL is another coup for Canberra as the capital braces for its biggest summer in history, bookended by Manuka Oval's maiden Test match between Australia and Sri Lanka on February 1.

The Test is the final piece of a four-year deal to play international cricket in the capital and Cricket ACT officials are in the midst of discussions with the ACT government and Cricket Australia to make sure this season's jewel in the crown isn't a one-off.

The Test match is the showpiece event in a summer to be launched by a women's Twenty20 international showdown between Australia and New Zealand on October 5, before the Prime Minister's XI host South Africa in a one-day game on October 31.

NSW will host reigning champions Queensland in a Sheffield Shield match from November 16 while negotiations are ongoing to lock in the Thunder's return.