Essendon Football Club directors want to ditch traditional titles such as "chairman" and "deputy chairman" in favour of "president' and other gender-neutral terms as part of an effort to modernise the club and make it more inclusive.

Essendon supporters attending the Bombers' annual general meeting in December will be asked to vote on several resolutions springing from a governance review at the club rocked by a supplements saga.

In a mailout to members this week, club chief executive Xavier Campbell said members would have to vote on scrapping traditional titles of 'chairman' in favour of 'President' and 'Vice President', as part of an effort to boost gender neutral language across the club. 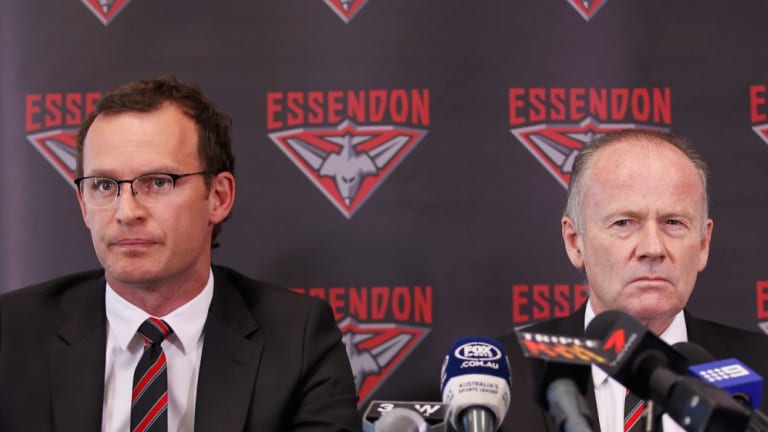 "The review identified the need to modernise the club's constitution, with the amendments incorporating a more contemporary approach to strengthen the overall governance framework of our football club," Mr Campbell wrote.

If the resolutions are passed, Essendon will be the tenth club in the league to be headed by a president rather than a chairman, making clubs lead by chairmen a minority in the 18-club league.

The AFL Commission is still headed by a chairman.

Other recommendations to be voted on include a proposal to ditch postal mailouts in favour of email updates to cut costs and save paper.

Members have also been asked to consider a proposal to open up a board position which had formally been reserved for the club's executive officer.

More than 75 per cent of the votes cast by members must vote in favour of the changes for them to be passed.

The announcement comes as the club is also attempting to pay down debt accumulated during the supplements sage. At the end of this year, it will be just over $4 million.

Mr Campbell announced in October a plan to cut its reliance on poker machine profits by building up investments in other sectors, as rivals including Collingwood, Geelong, Melbourne and the Western Bulldogs pledge to sell off their machines.

A spokesman for the club described the move as a gesture to make women feel more comfortable applying for positions at the club.

"The club sees this as a small symbolic step to reinforce that talented women should feel that they are every bit as qualified to hold the most senior positions on the club’s board as men," a club spokeswoman said. "The adoption of such language was seen as a small but important decision, and endorsed unanimously by the directors."

The recommendations came from a review of the club's constitution completed by Piper Alderman governance experts, along with the club's counsel Michael Abrahams and the board.