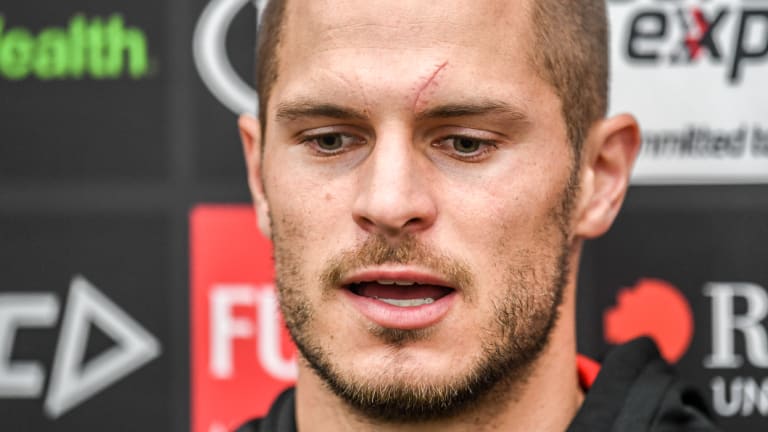 “We haven’t won a final in a fair few years,” said Zaharakis, speaking at the club’s week-long training camp in Barwon Heads.

Fourteen years, in fact – the Bombers’ last taste of September success coming against Melbourne in 2004.

“Every year everyone goes ‘oh they’re going to win a final next year’… we don’t want to focus on that,” said the midfielder.

“To not be able to achieve that (a finals win) since I’ve been here is quite frustrating. You just want to be a part of it.”

The Bombers are coming off a year in which they lost six of their first eight games, eventually missing out on finals by a game and a large percentage gap.

Zaharakis is banking on the talent and commitment of the current list, recently ranked the fourth best in the league by Champion Data, to catapult the Bombers up the ladder. 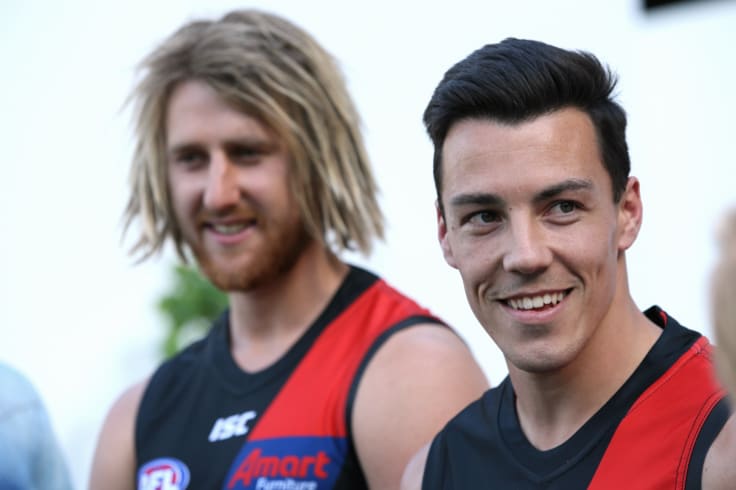 Zaharakis understood where the optimism surrounding the club stemmed from.

“This playing group here at the moment is the most committed and dedicated group I’ve seen,” said the 28-year old.

“There’s obviously optimism – you get Dylan Shiel in trade period, that’s obviously a great acquisition for the footy club.”

Shiel, the Bombers’ new gun midfielder acquired from GWS, has adjusted to life at Tullamarine seamlessly, according to Zaharakis.

The playing group immediately encouraged Shiel, who Zaharakis suggested may slot straight into the leadership group, to become a vocal member of the list.

Zaharakis compared Shiel’s ability to transfer football knowledge to his new teammates to Brendan Goddard, who shifted from St Kilda to the Dons in 2013.

“He’s like BJ (Goddard) when he came here – he’s come from a successful program… he’s got a wealth of knowledge about what works at a footy club,” he said.

Having recently returned from high-altitude training in Boulder, Colorado, Zaharakis said he was enjoying taking several younger players at the club under his wing. Orazio Fantasia, Kyle Langford and Darcy Parish joined Zaharakis in the USA.

A one-on-one mentoring style of leadership “suits my personality”, according to Zaharakis.

“That’s the way I lead – I might not be someone who gets around to all 45 (players on the Essendon list).

“Whether that gets me into the leadership group, that doesn’t really bother me as such, because I know I’m a leader of a couple of the younger guys that really look up to me.”

One of those younger players, Kyle Langford, didn’t see his role as an inside midfielder changing dramatically with the inclusion of Shiel, 25.

Langford went back to the VFL early in 2019 to learn his craft as an on-baller rather than a half-forward, working his way back into the senior side and eventually becoming an important cog in the Essendon midfield.

The 22-year-old, who gained “couple of kilos” in the off-season, said 2018 was a key year in his development.

“I felt like I made good inroads in my own career,” he said.

The 2017 All-Australian didn’t play a game from round seven onward last season, struck down with osteitis pubis.