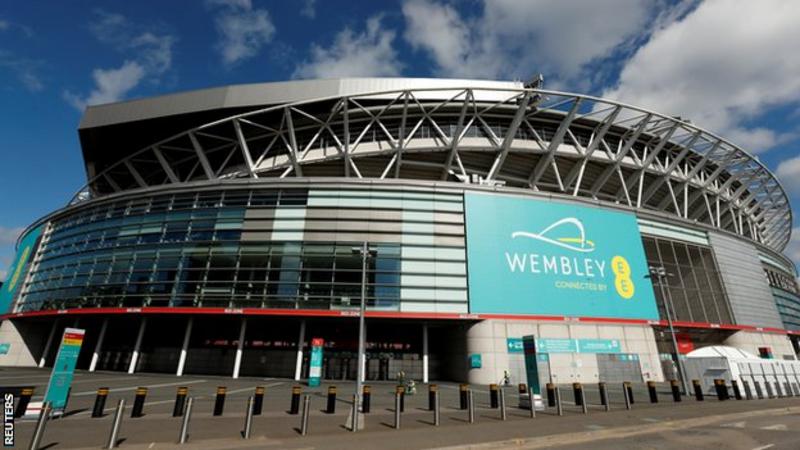 Euro 2020 has been postponed by one year until 2021 because of the coronavirus pandemic, says Uefa.

The tournament, due to take place from 12 June-12 July this summer, will now run from 11 June to 11 July next year.

The postponement provides a chance for European leagues that have been suspended to now be completed.

Uefa said it wanted to avoid “placing any unnecessary pressure on national public services” of its 12 host countries, as well as helping allow domestic competitions to be finished.

Uefa president Aleksander Ceferin said: “We are at the helm of a sport that vast numbers of people live and breathe that has been laid low by this invisible and fast-moving opponent.

“It is at times like these, that the football community needs to show responsibility, unity, solidarity and altruism.

“The health of fans, staff and players has to be our number one priority and in that spirit, Uefa tabled a range of options so that competitions can finish this season safely and I am proud of the response of my colleagues across European football.

“There was a real spirit of co-operation, with everyone recognising that they had to sacrifice something in order to achieve the best result.”

Ceferin said it was important Uefa “led the process and made the biggest sacrifice”, adding it comes “at a huge cost” but “purpose over profit has been our guiding principle in taking this decision for the good of European football as a whole”.

Uefa’s Nations League and the European Under-21 Championships are also scheduled to take place next summer.

The 2021 Uefa Women’s European Championship is set to take place in England and begins on 7 July, four days before the proposed men’s final.

Elsewhere, the South American Football Confederation (Conmebol) says this year’s Copa America, due to take place from 12 June to 12 July, has been postponed until 2021.

What do the nations involved say?

The Norwegian FA, whose side are yet to qualify for the tournament, were first to announce the news, followed by the French and other FAs.

In a statement, Le Graet said it was a “wise and pragmatic decision” by Uefa that potentially allowed domestic competitions the opportunity to be finished in June this year.

The Polish football association (PZPN) says play-offs for the European Championships and friendly international matches set for March will be postponed until June.

Next year’s 2022 World Cup qualifying matches, scheduled for June 2021, will be played at a different date, the PZPN adds.

Why has this happened?

Many of Europe’s domestic leagues – as well as the Champions League and Europa League – have been suspended following an increasing number of coronavirus cases around the continent.

Players and coaches have also been affected by the virus or been told to go into self-isolation, meaning leagues have had to shut down.

A mini-tournament to decide the Champions League and Europa League is expected to be one option put forward at Tuesday’s meeting to ease fixture congestion caused by the coronavirus crisis.

How Europe’s top leagues have reacted:

What other limitations are there?

While the big domestic leagues have problems over television contracts to solve if games do not take place, most countries rely on the payments from Uefa that come out of major international tournaments to allow their own leagues to function properly.

These would be at risk from any movement of the European Championship and are likely to form part of any agreement.

An estimated 400 staff are working for Uefa on the Euros. It is unknown what will happen to them if the tournament does not take place for another 12 months.