Not even scenes reminiscent of an old Holden on a freezing cold winter's morning could stop Victoria's Eli Evans winning the National Capital Rally.

Windscreen fogged up, driving in first gear at 20 km/h hitting shrubs either side of the road while his co-driver Ben Searcy wiped the glass with his seat cushion.

It stopped Evans from being the fastest driver on Sunday, but didn't stop him from winning the two-day rally by four minutes 58.4 seconds. 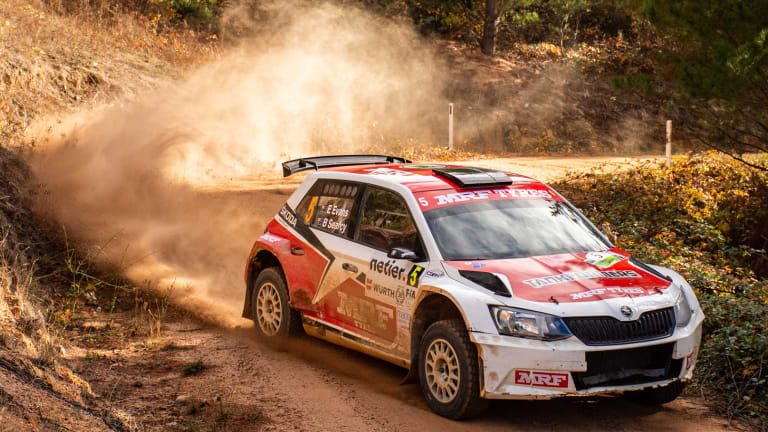 Eli Evans on his way to winning the National Capital Rally.

Canberra's Adrian Coppin pinched second thanks to Steve Glenney' turbo failure, while last year's winner Harry Bates finished fifth overall – but he was the fastest on day two, after a blown turbo ruined his chances of defending his home title.

It meant Evans retained his overall lead in the Australian Rally Championships, with Rally Tasmania near Launceston in July the next race.

But he was struggling to even see on the opening stage of the day and was thankful for some ingenuity from Searcy.

"I had to stop. Ben was encouraging me to keep going, but I said, 'Mate, I cannot see a thing. You're going to have to wipe it'," Evans said.

"At this point we were in first gear doing 20k-an-hour hitting the shrubs either side of the road and he improvised and pulled out his seat cushion and started wiping the windscreen."

It wasn't Evans' first National Capital Rally win – although he couldn't remember exactly how many he had won in the past.

"That lead can quickly evaporate and [you] find yourself in third or fourth outright if you have one bad rally," Evans said. 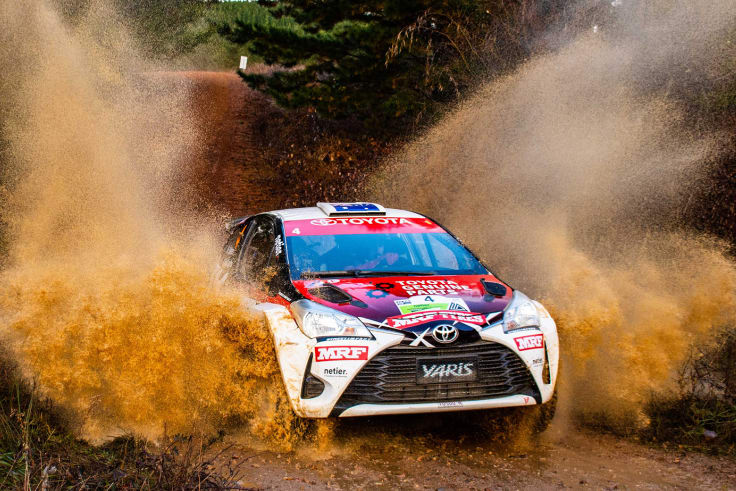 A blown turbo dampened Steve Glenney’s chances of finishing second at the NRC.

"Consistency and speed for me is the key this year, trying to put pressure on the other drivers and trying to force errors … and so far it's worked well."

Coppin was happy to be back on the podium for the first time since November 2015.

He took last year off and had a tough time at the opening two rallies of the year before his second in his home town.

He's finished second before in his home race and was leading at one point in a previous year only to suffer a similar fate to Glenney – except his mechanical failure meant his race was over.

"I've actually got second here once before and I've also come very close to winning it.

"I guess I had the Steve Glenney issue a few years ago where I was leading the rally and mechanical failure actually stopped us from finishing with two stages to go.

"So I know what he's feeling, but it's always nice to be on the podium."