A former Charlton Athletic women’s player has tragically died aged 20 after a battle with cancer.

Lucy Kerr was diagnosed with bone cancer after doctors found the disease when she broke her femur.

Medics, who performed an MRI scan, also found the youngster had lung cancer and she quickly underwent chemotherapy in London. 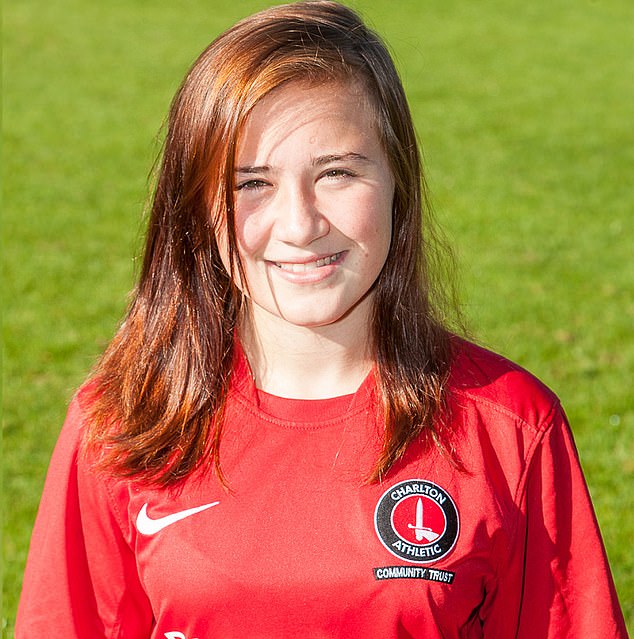 But today Charlton Athletic Women said Ms Kerr had died and passed on their condolences to her family.

A statement from the club read: ‘The thoughts of everyone at Charlton Athletic Women are with the family at this difficult time and the club will pay tribute to Lucy in an upcoming fixture.

‘Everyone at Charlton Athletic would like to send their condolences to Lucy’s family at this difficult time.’

Ms Kerr joined the south east London side in the 2013/14 season as an U14 and won player of the year.

She progressed to the U16s and captained Kent Schools before playing senior football with the club’s development team. 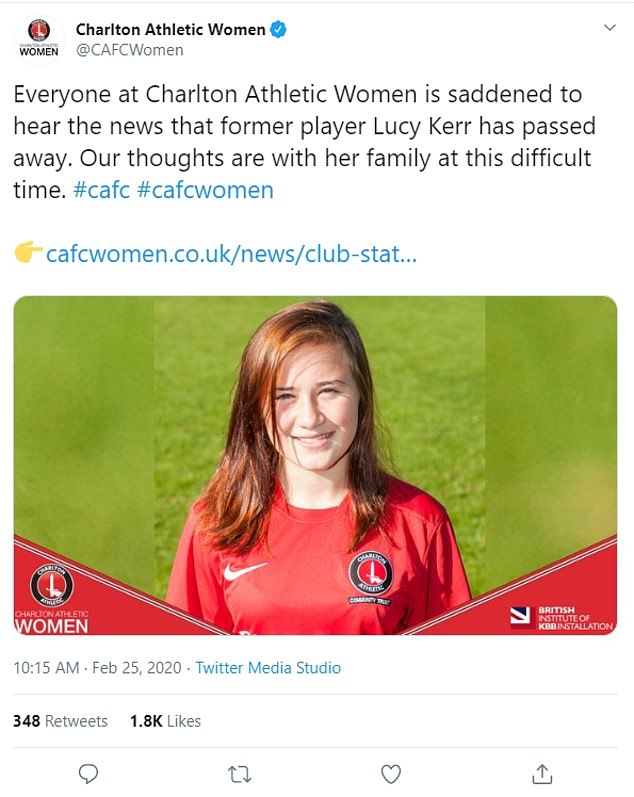 Charlton Athletic Women’s Manager Riteesh Mishra, who worked with Lucy in the U16s, said: ‘The news is tragic. My heart goes out to Lucy’s family and friends.

‘She was there at the start of my journey with Charlton as a coach with the Under 16s.

‘Her personality and attitude in particular were infectious and she always put a smile on the faces of staff.’

He added: ‘She will be in our thoughts and forever be part of our Charlton family.’

England star Toni Duggan tweeted: ‘Heartbreaking! My thoughts are with all her family and friends at this difficult time.’

And West Ham’s Gilly Flaherty wrote: ‘Thoughts go out to all of Lucy’s family and friends at this difficult time.’ 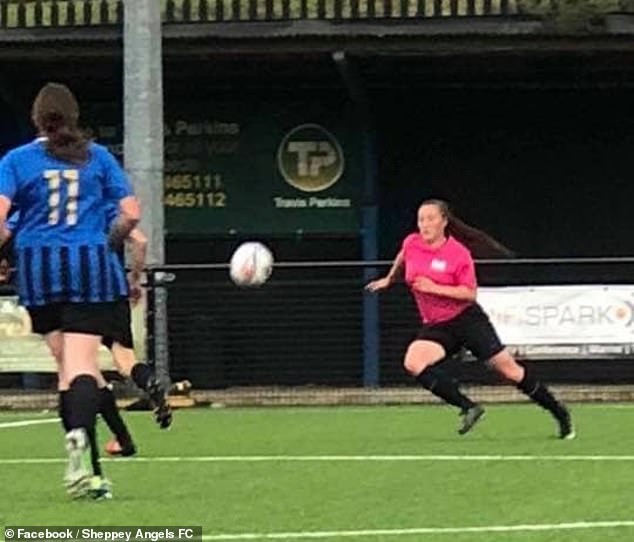 Sheppey Angels, a team off the Kent coast who Ms Kerr played for, shared this picture of her

Sheppey Angels, a team off the Kent coast who Ms Kerr had played for and where she lived, said: ‘As a club we never thought that we’d be writing this post about one of our much loved players.

‘As most of you are aware our player Lucy Kerr has been battling cancer over the past months, she’d gone through so much and has been so incredibly brave and strong.

‘As her team mates, we couldn’t of been anymore proud of her. Unfortunately today Lucy lost her fight to cancer and we are devastated.

‘Lucy is an incredible player and her ability on the pitch was outstanding you’ll never find a player like her.

‘She put in 110 per cent into every match and we was lucky to have her as part of our football family.

‘Lucy is a beautiful amazing and talented young lady and would light up the pitch like never seen before.

‘She wasn’t afraid to put in a challenge that’s for sure. It was an absolute honour to have her as a player here at Sheppey Angels.

‘Lucy you will never be forgotten and you’ll always be a Sheppey Angel.’