The oft-injured 28-year-old was delisted by the Hawks at the end of the 2018 season after an 11-year career spanning 111 games. 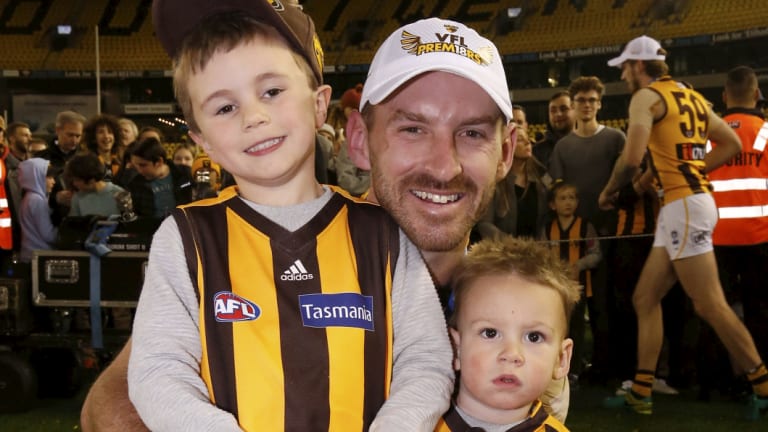 Last hurrah: Veteran Brendan Whitecross with his children after finally scoring a grand final win with the Hawks, in the VFL.Credit:Darrian Traynor

Hawthorn won four premierships during Whitecross's time with the club but he did not play in any of the flag-winning sides, including the 2013-15 trifecta when he was sidelined with serious knee injuries.

Whitecross will split his time as a development coach and player with North Melbourne's VFL feeder team.

"Brendan will play an instrumental role in helping to develop our younger players," the Kangaroos' general manager of football Cameron Joyce said.

"He's always had great versatility, playing forward, back or through the midfield, which will be beneficial.

"He knows what it takes to be successful and work through adversity and will set a great example for our younger players coming through."

Whitecross' last game with the Hawks was as a member of feeder club Box Hill's 2018 VFL premiership outfit.