Keely Froling thought her exams were over – six were surely enough for a Canberra Capitals forward balancing studies and WNBL duties with a road trip to Perth wedged in the middle.

But she found herself undergoing another one alongside one of her tutors as the Capitals underwent groundbreaking concussion testing at the University of Canberra on Tuesday. 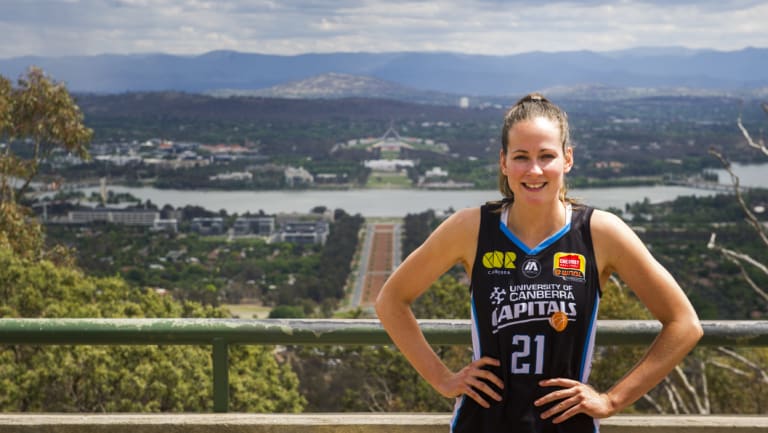 Froling was among the first wave of Capitals players put through three stations consisting of visual eye tracking tests and balance and proprioceptive testing.

The results will give the Capitals a baseline to start with, and players will return for more tests should they show symptoms of a concussion at any point throughout the season.

Capitals coach Paul Goriss says the sport as a whole needs to be doing a better job of monitoring and treating head knocks but Froling is yet to have any issues herself.

"Touch wood, no, I think I have a pretty hard head so hopefully I don’t get too many concussions," Froling said.

"There’s always a chance, basketball is a pretty intense sport so there’s always that chance. It’s good to have this baseline and this technology that can tell us where we’re at.

"I don’t know if many other teams would have access to anything like this, it’s definitely really good and really exciting to have something that can make our sport safer and make it better for our players.

"[The testing] was interesting, definitely a different experience and something different. I’m really excited to see how they’re developing this concussion stuff, and how they’re doing it to make out sport safer."

The Capitals found themselves facing plenty of concussion worries last season when former player Rachel Jarry suffered a string of head knocks to leave her career in jeopardy. 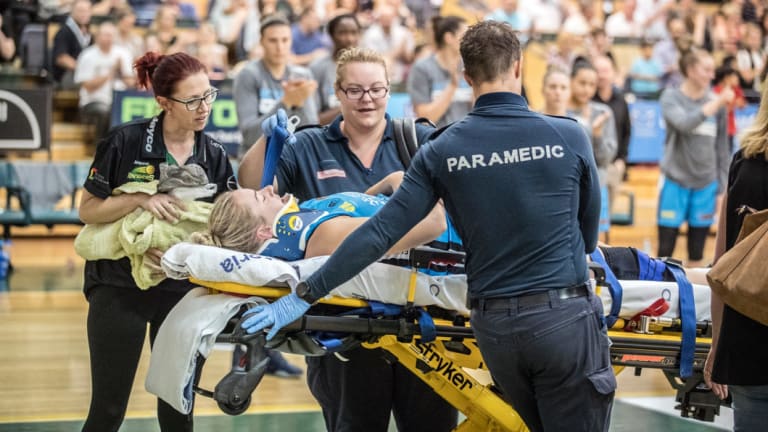 Rachel Jarry was stretchered from the court following a collision last season.Credit:Mick Connolly

Jarry was once stretchered from the court and taken to hospital during a game, with the incident coming 10 days after she had returned from a three week concussion-imposed lay-off.

Doctors advised Jarry to take an indefinite break following the seventh concussion of her career last December which ruled her out for the best part of six months.

"It’s something in basketball we haven’t really done a great job of because it’s non-collision and non-contact but it definitely happens," Goriss said.

"Giving the girls a baseline and the league a baseline about protocols in regards to concussion is a good thing. It just protects the players’ health."

Capitals star Kelly Wilson has been on the receiving end of some blows to the head, laughing her 170 centimetre frame puts her right in the firing line ahead of a showdown with the Melbourne Boomers at the National Convention Centre on Friday night.

"I’m at that unfortunate height where sometimes I’m at people’s elbows but if I’m quick enough I find I can duck pretty quickly. Reaction time is what it’s all about," Wilson laughed.