JENSON BUTTON has remarked that 'voodoo magic' must have been behind Pirelli's mystery tyre blowouts.

Max Verstappen was coasting to Azerbaijan Grand Prix victory when his tyre failed at over 200mph, sending him into the wall while Lance Stroll suffered a similar catastrophic failure in his Aston Martin. 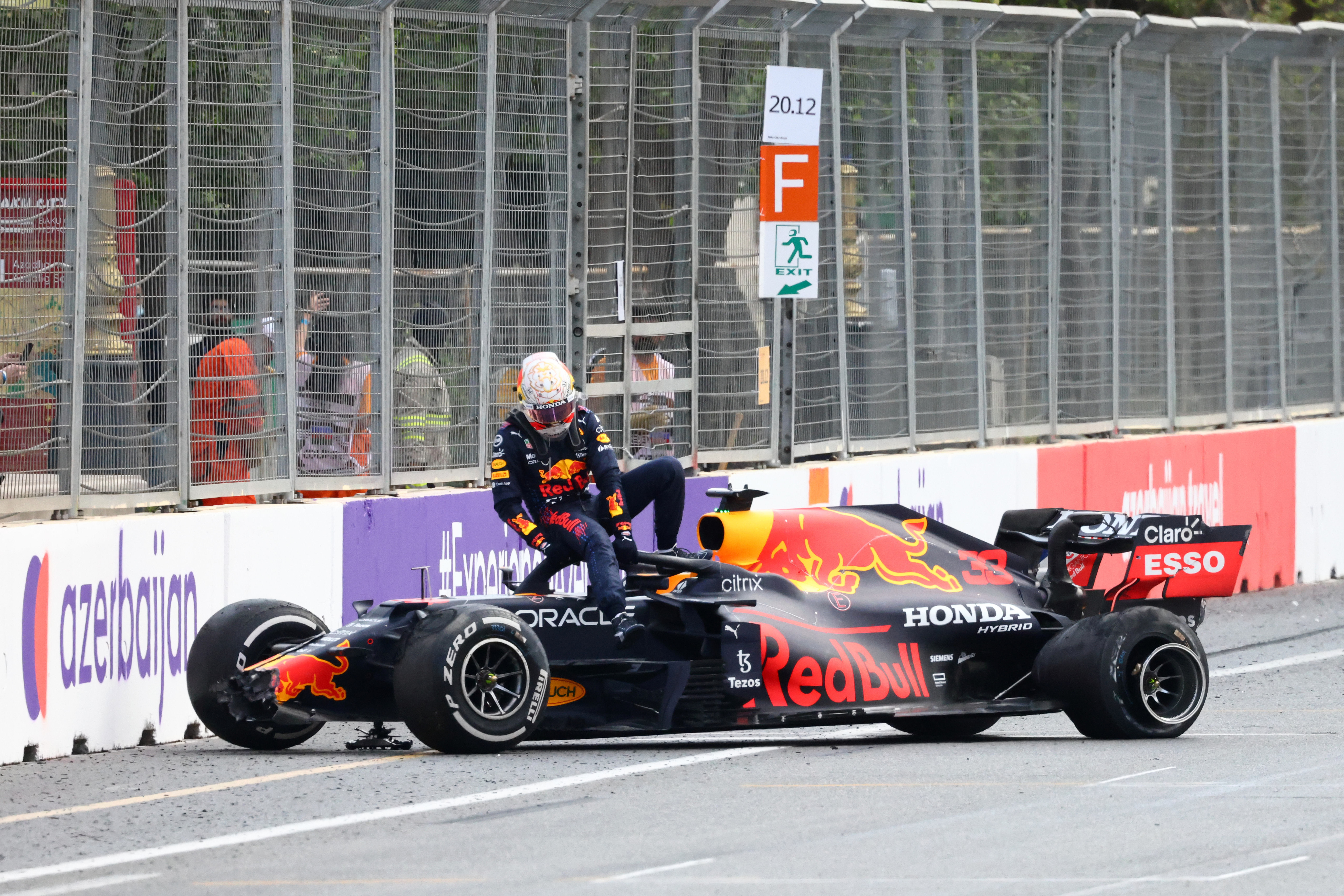 Tyre manufacturer Pirelli has insisted their rubber was not to blame for the baffling blowout, leading to ex-Formula One racer Button to question how the dangerous crashes occurred.

He tweeted: "So what was the reason for the failures then?!

"Aston and Red Bull stuck to the limits given, no cuts in tyre from debris and no defects or failure from Pirelli?

"Voodoo magic then I guess."

Both drivers escaped unhurt but the episode prompted an investigation by Pirelli at their Milan HQ where somewhat worryingly they found no evidence of what caused the tyres to explode.

A statement said: "Pirelli in conjunction with the FIA, has completed the analysis of the left-rear tyres involved in the incidents that affected Lance Stroll and Max Verstappen during the recent Azerbaijan Grand Prix.

"This analysis also took in the tyres used by other cars in the race, which had the same or a higher number of laps on them compared to the ones that were damaged.

"The process established that there was no production or quality defect on any of the tyres; nor was there any sign of fatigue or delamination.

"The causes of the two left-rear tyre failures on the Aston Martin and Red Bull cars have been clearly identified.

"In each case, this was down to a circumferential break on the inner sidewall, which can be related to the running conditions of the tyre, in spite of the prescribed starting parameters (minimum pressure and maximum blanket temperature) having been followed."

The news comes ahead of this weekend's French GP where Pirelli tyres will come under the spotlight and the Italian manufacturer say they will increase the way they monitor the tyres' condition.

The statement added: "As a result of this analysis, Pirelli have submitted their report to the FIA and the Teams.

"The FIA and Pirelli have agreed a new set of the protocols, including an upgraded technical directive already distributed, for monitoring operating conditions during a race weekend and they will consider any other appropriate actions."

Meanwhile, Red Bull say they did nothing wrong in the Azerbaijan GP and adhered to Pirelli's guidelines.

A team statement said: "We have worked closely with Pirelli and the FIA during their investigation into Max’s tyre failure on lap 47 of the Azerbaijan Grand Prix and can confirm that no car fault was found.

"We adhered to Pirelli’s tyre parameters at all times and will continue to follow their guidance.

"We are grateful that following the weekend’s high speed impacts no drivers were injured."