Jurgen Klopp's side came agonisingly close to taking the lead at the Etihad, but were denied by goal-line technology. 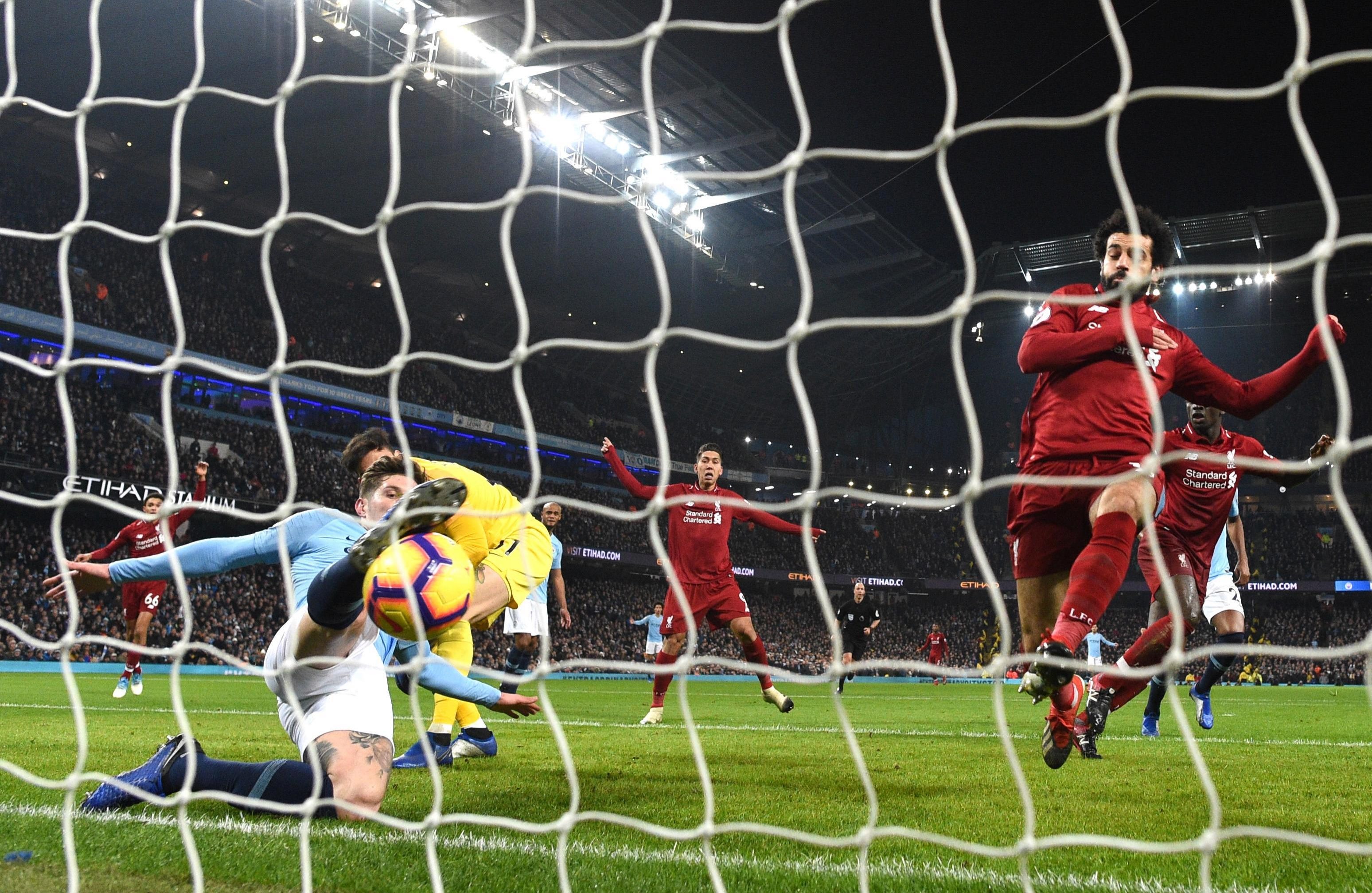 And fans immediately likened it to the moment when Gerrard's mistake effectively lost them the title during the 2003/04 season.

Liverpool would have moved ten points clear at the top of the table with a win on Thursday, but City closed the gap with a 2-1 victory.

And it could have been so different if the Reds took the lead following an explosive goalmouth scramble in the first half.

After Sadio Mane's strike hit the post, a clearance from John Stones rebounded off Ederson and back towards the goal. 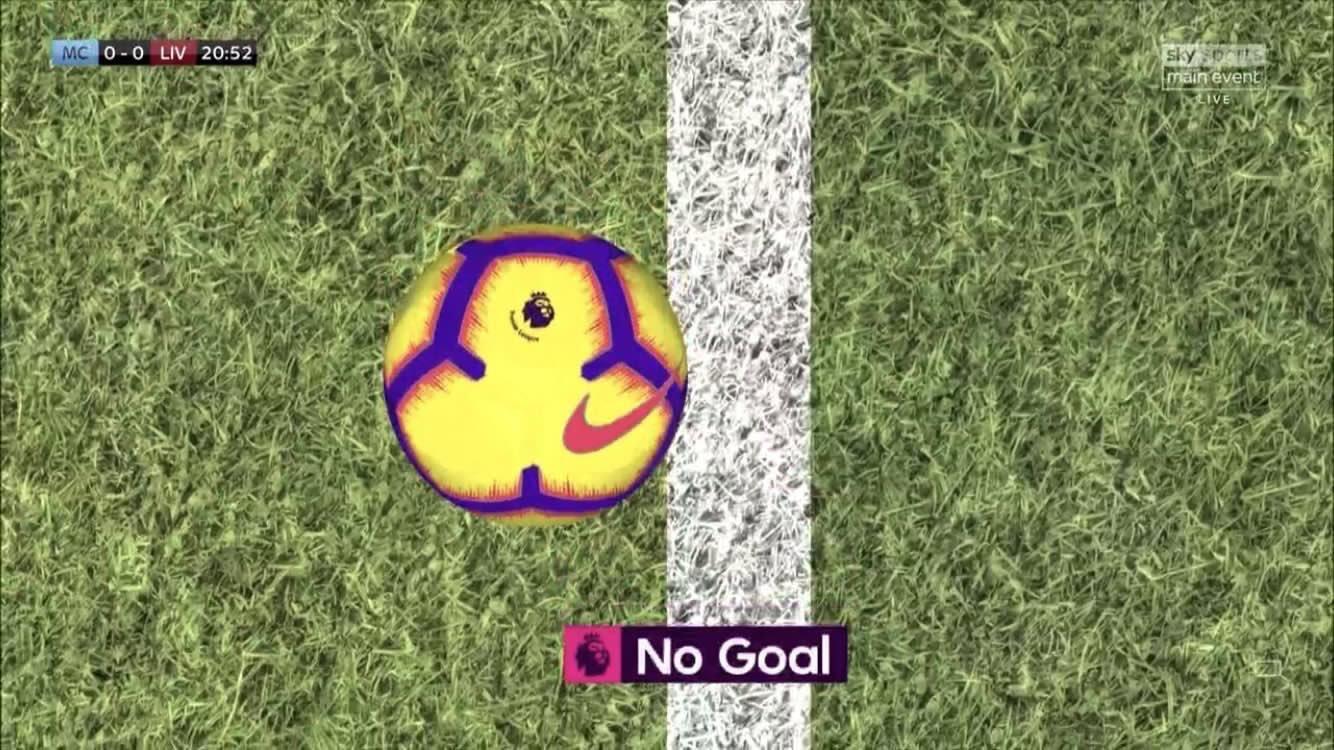 The England international reacted quickly and managed to clear the danger with an incredible goal-line clearance.

Liverpool fans in the stadium roared because they thought the ball had crossed the line.

But goal-line technology revealed that 11mm of the ball had not crossed the line and that's why it did not count.

The image quickly did the rounds on social media, with one user stating: "So it was the Gerrard slip last time, now it's going to be the 11mm goal-line technology shot." 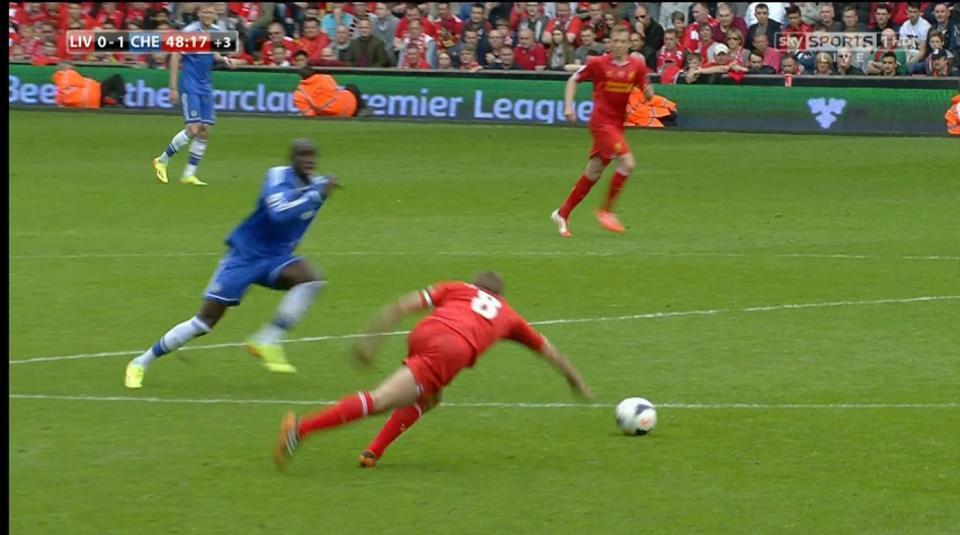 One said: "Can't help but think the Stones goal line clearance is this year's Gerrard's slip. Impending capitulation for #LFC."

While another added: "Is this gonna be the new meme when we don't win the league, like the Gerrard slip? 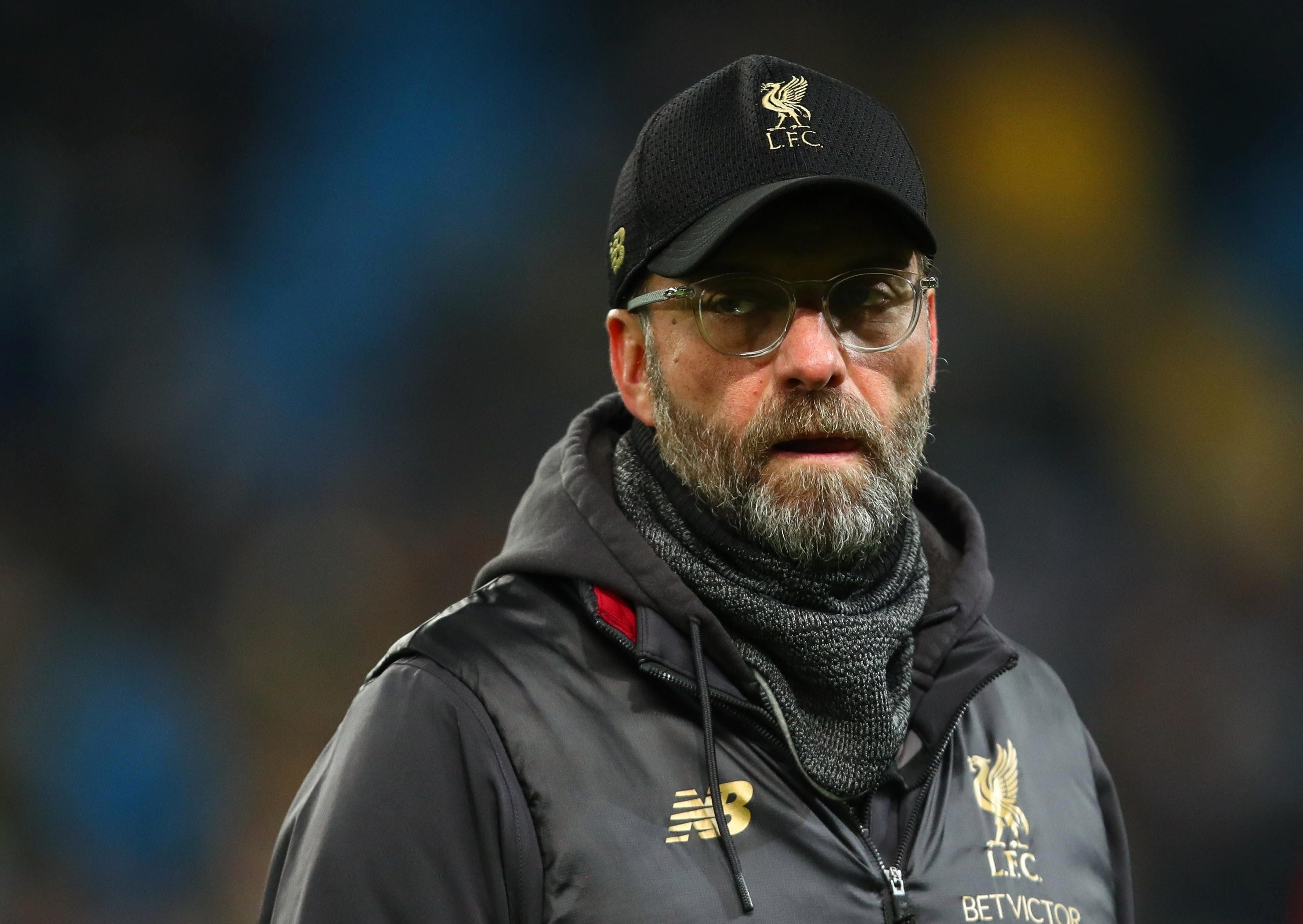