FANS were left fuming with referee Anthony Taylor and his VAR Chris Kavanagh after Chelsea's defeat to Manchester United – with both officials born in Manchester. 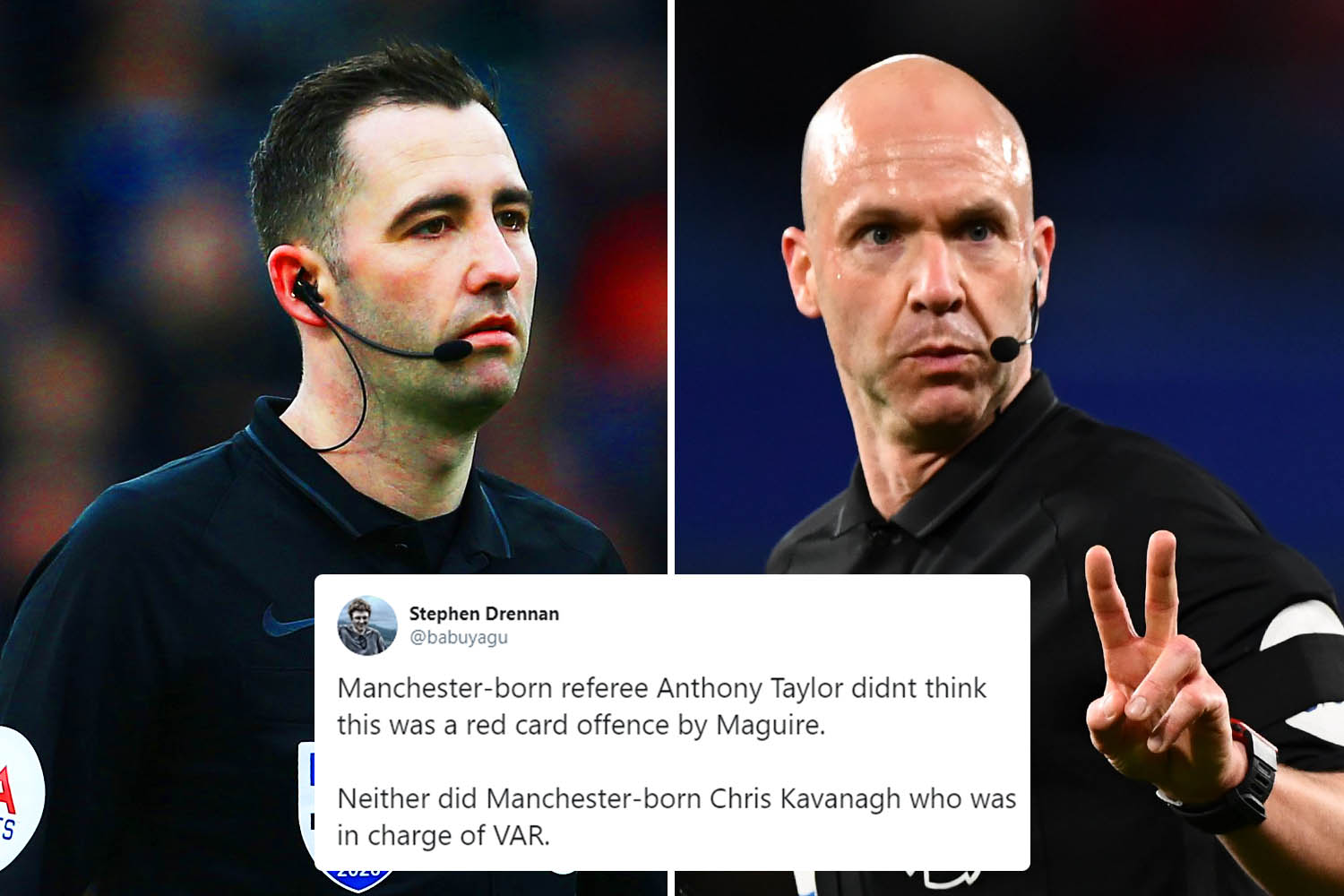 Harry Maguire was lucky to escape without a red card after seemingly kicking out at Michy Batshuayi right in front of the Chelsea bench as the two players tumbled.

Then in the second half, Kurt Zouma's finish was ruled out by VAR after Cesar Azpilicueta was adjudged to have fouled Brandon Williams even though Fred actually pushed the Blues captain first.

Batshuayi was also penalised for a completely accidental handball as Mason Mount took a shot – although the new laws state a goal cannot be awarded if the ball touches an attacking player's arm in the build up.

And finally, United escaped again as VAR ruled out a second Chelsea goal because Olivier Giroud's foot was offside when he expertly headed in Mount's cross from the right to frustrate the home crowd even further.

Referees must declare who they support and any allegiances they may have early in their career.

The PGMOL – who make the match official appointments for the Premier League – will therefore not allow a referee who supports a certain club or lives in that city to be involved with one of their matches.

But even then, some on social media were convinced of a conspiracy theory against Frank Lampard's side.