A LUCKY cyclist had a chance encounter with cycling legend Mark Cavendish on the streets of London on Wednesday.

Cavendish, 36, was kitted out in full team uniform, sporting the Lidl-sponsored blue jersey of Deceuninck Quick-step. 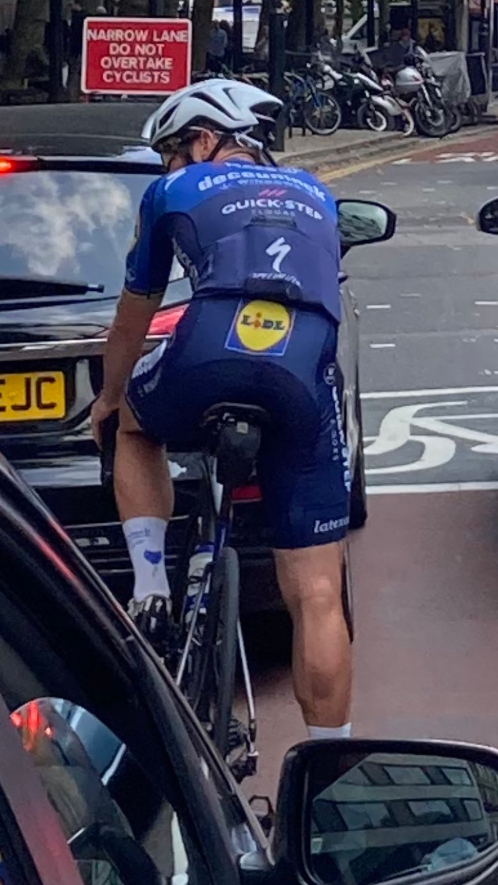 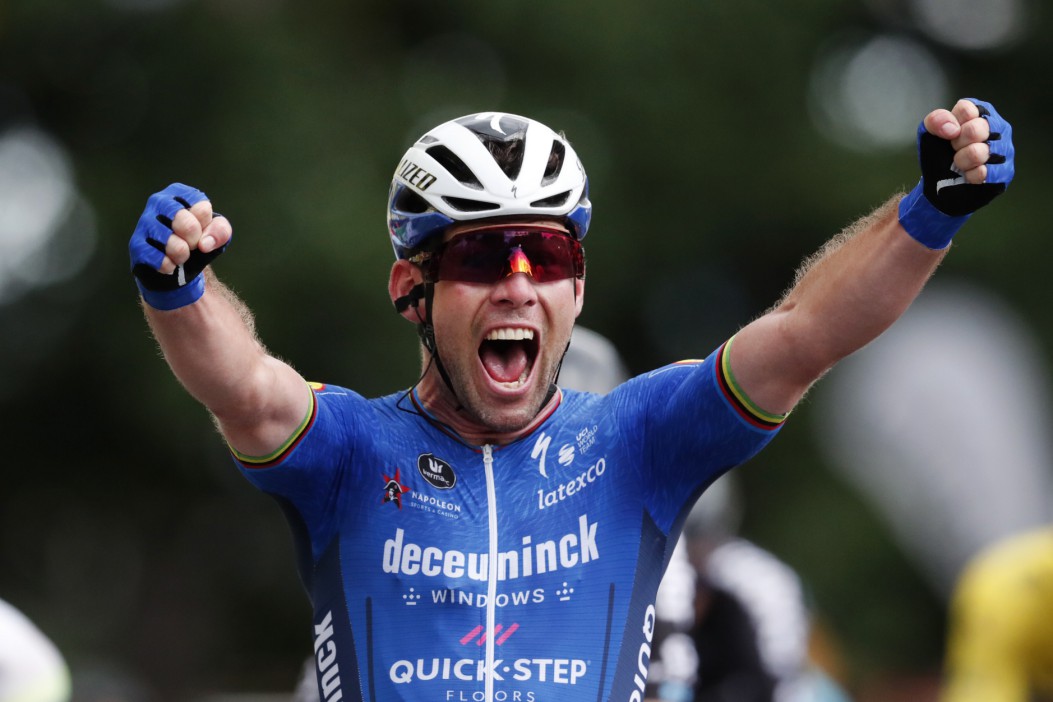 The Olympic and Tour De France icon lives near London, having bought a house in Essex to accompany his other properties.

The star also has houses in the Isle of Man, where he is from, and in Tuscany, Italy.

And he was enjoying an unlikely ride through the capital when he was spotted by a fellow cyclist.

But unlike several London cyclists, Cavendish was obeying a red light at the moment he was snapped.

Funnily enough, the photo also caught sight of a roadworks sign in the distance which read: "Narrow Lane. Do not overtake cyclists."

Given Cavendish's prowess on two wheels, it is unlikely drivers felt the need to overtake the Brit.

The snap also caught fans by surprise and led many to joke about the veteran cyclist.

Another said: "Magic. Did he use the car as his lead-out man, and then jump the next red light to take the stage win?"

A third added: "Love this. A bit like Ronaldo playing headers and volleys on the park in a full United kit? Which to be fair, I’d fully expect to see."

One more fan said: "Off to Aldi for the weekly shop?"

Cavendish is hot off the back of the Tour of Britain, which finished last weekend.

The Manx Missile finished 68th overall but failed to win a stage and finished tenth in the points classification.

He was unable to repeat his heroics in France earlier in the summer, when he equalled Eddie Merckx's record 24 Tour de France stage wins.