CRICKET fans called on Ben Stokes to be knighted – and made Prime Minister – after his Ashes miracle innings.

Stokes bashed the Aussies for 135 runs that gave England a scarcely believable victory in the Third Test at Headingley. 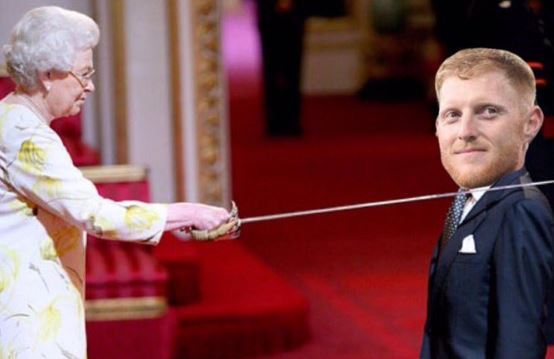 And supporters were united in honouring Stokes, who last month smashed England to victory in the World Cup final against New Zealand.

Stokes was immediately made odds on favourite to win the BBC’s Sports Personality of the Year.

But fans want to go further and see him knighted.

One even suggested he could should replace Boris Johnson as PM and sort out Brexit. 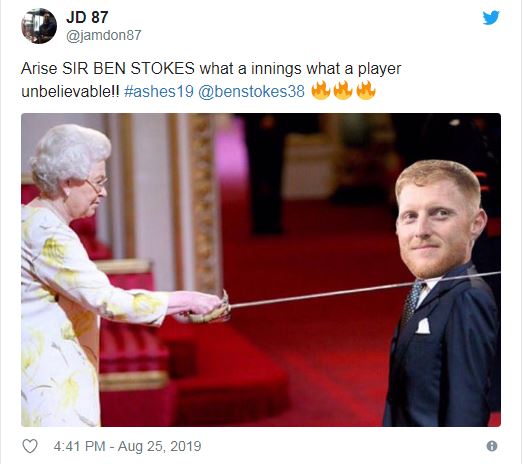 "That was the most extraordinary performance I have seen from anyone ever, both as a player and as a broadcaster over the last 40 years," Gower said on Sky Sports.

"To dominate proceedings like that, to control proceedings, to take all the risks that could easily have failed, to come out on top, to be there at that moment, that takes unbelievable skill, unbelievable courage."

Ex-England captain Alastair Cook was in disbelief with Stokes' "astonishing" innings to keep the Ashes all to play for.

He said: "That is the most extraordinary Test innings ever played by an England batsman. 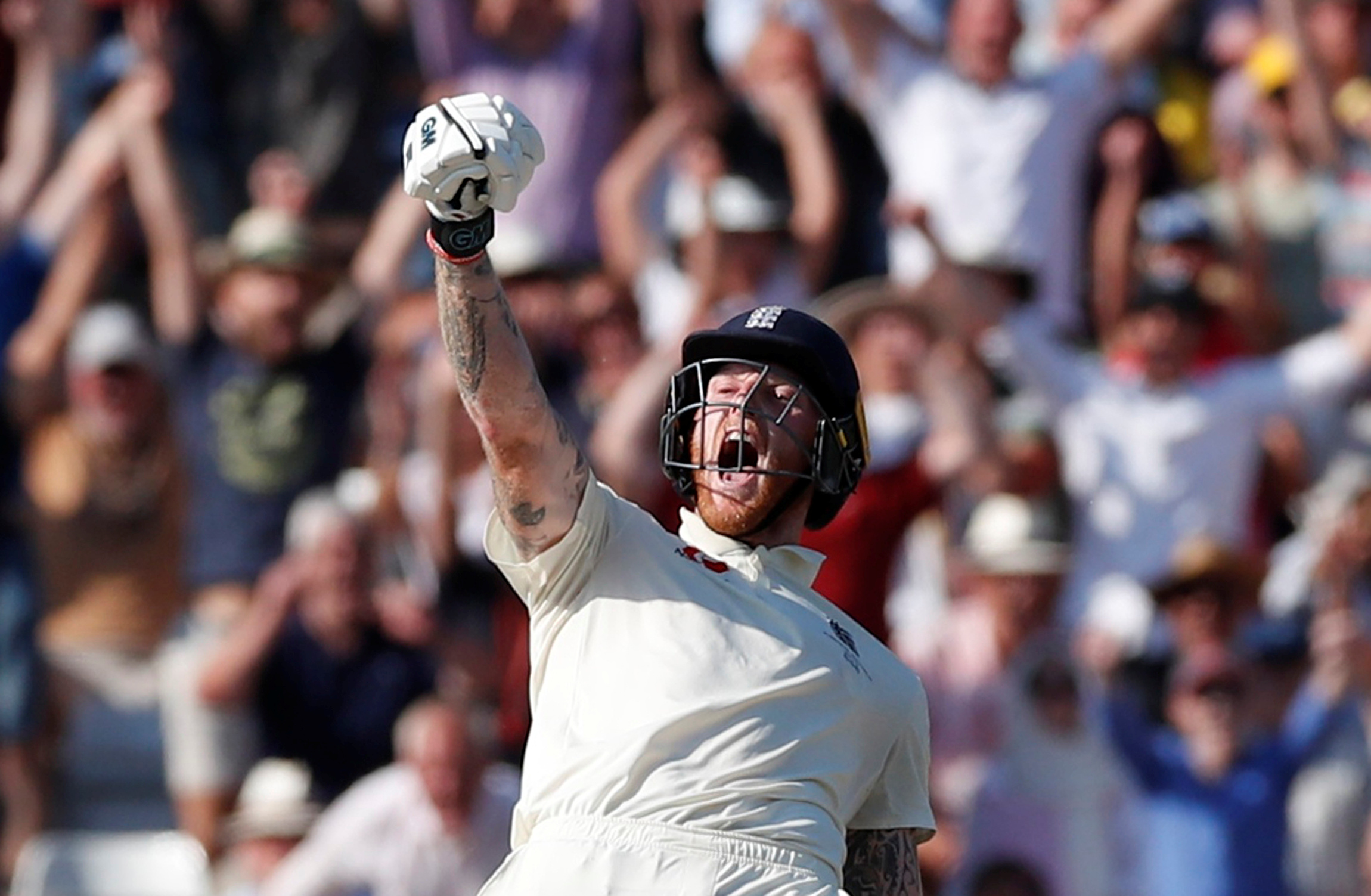 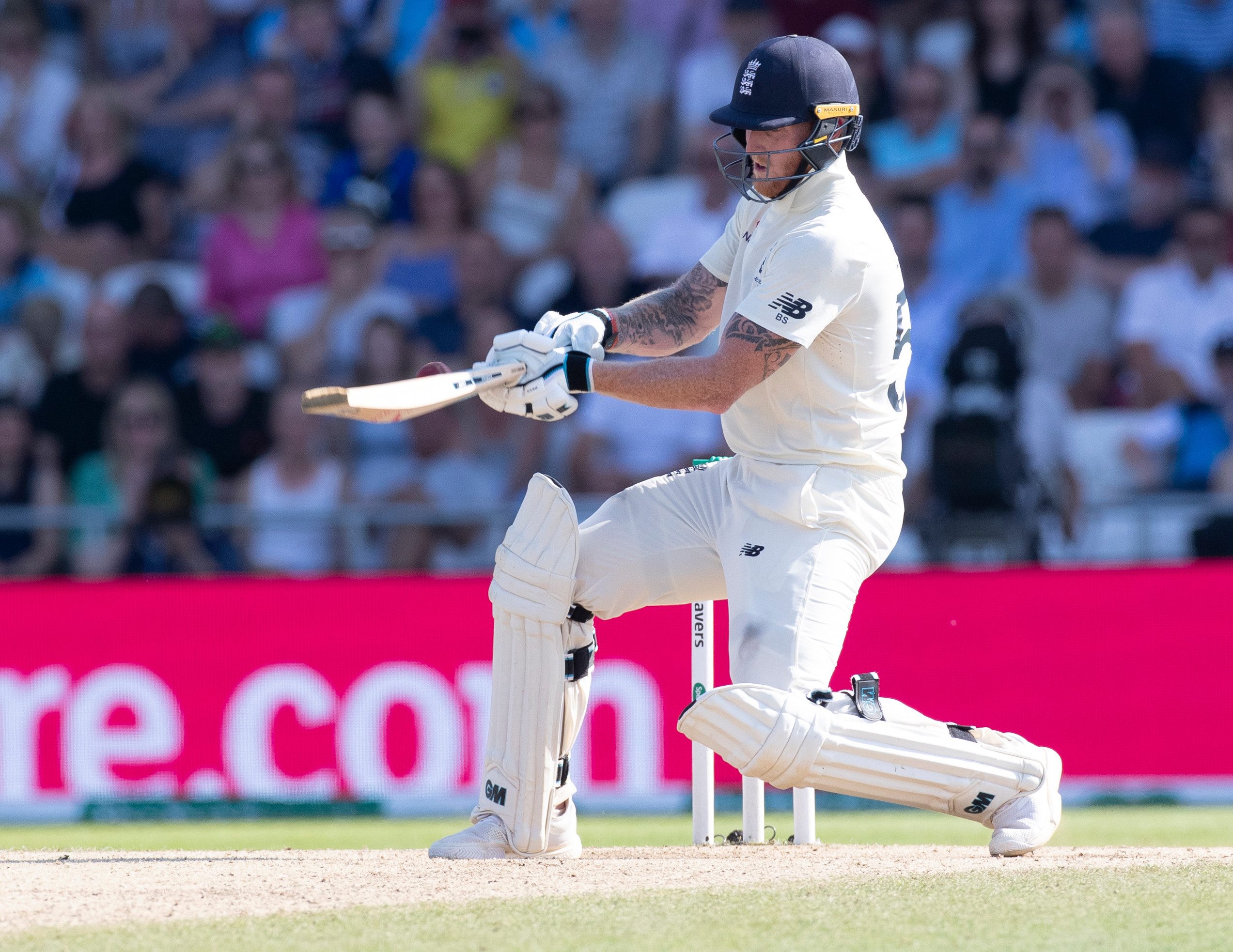 Stokes called his stunning innings "unbelievable" as England claimed a most remarkable one-wicket victory over Australia to level the Ashes series at 1-1.

England, bowled out for just 67 in the first innings, appeared to be facing certain defeat after being reduced to 286 for nine chasing 359, but Stokes' unbeaten 135 saw them take a superb victory.

"I've got to try and take it all in. I'm not sure it'll ever happen again. It's one of the two best feelings I've ever felt on a cricket pitch."