FOOTBALL fans reckon the "leaked" Premier League fixtures are a hoax after finding a number of flaws in a picture doing the rounds on social media.

The whole top-flight schedule will be officially released on Thursday, June 13 at 9am – and SunSport will publish them when they are out. 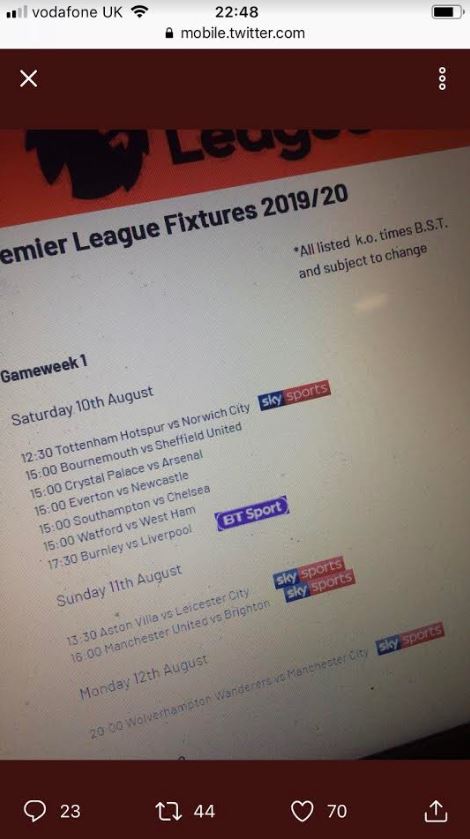 A screenshot apparently showing the first week of the games for the new season sent Twitter into meltdown last night.

If the picture is to be believed, Tottenham kick off the season at home to Norwich at 12.30pm on August 10.

Bournemouth, Sheffield United, Crystal Palace, Arsenal, Everton, Newcastle, Watford and West Ham are all supposedly in action at 3pm that Saturday, with Burnley hosting Liverpool in the 5.30pm kick-off.

The united fixture is scheduled to kick off at 4pm, while the late Sunday afternoon fixture will not start until 4.30pm next season.

However, a number of issues appear to prove the fixtures are fake.

According to the screenshot, Spurs' opener against Norwich is on Sky Sports, while Burnley vs Liverpool is on BT Sport.

Both Sunday games and Monday's clash are also apparently on Sky Sports.

But both Sky and BT – who along with Amazon Prime share TV rights for the Premier League – do not usually announce which games they will be covering until a few weeks after the fixtures are released.

And Sky now no longer have rights for 12.30pm kick-offs, while BT will not show any 5.30pm games as of next season.

Last campaign, the fixtures were revealed on June 14 but TV coverage was not announced until over two weeks later on July 6.

Others are sceptical of the "leak" as it "happens every year", while some claim the BT Sport logo looks amiss. 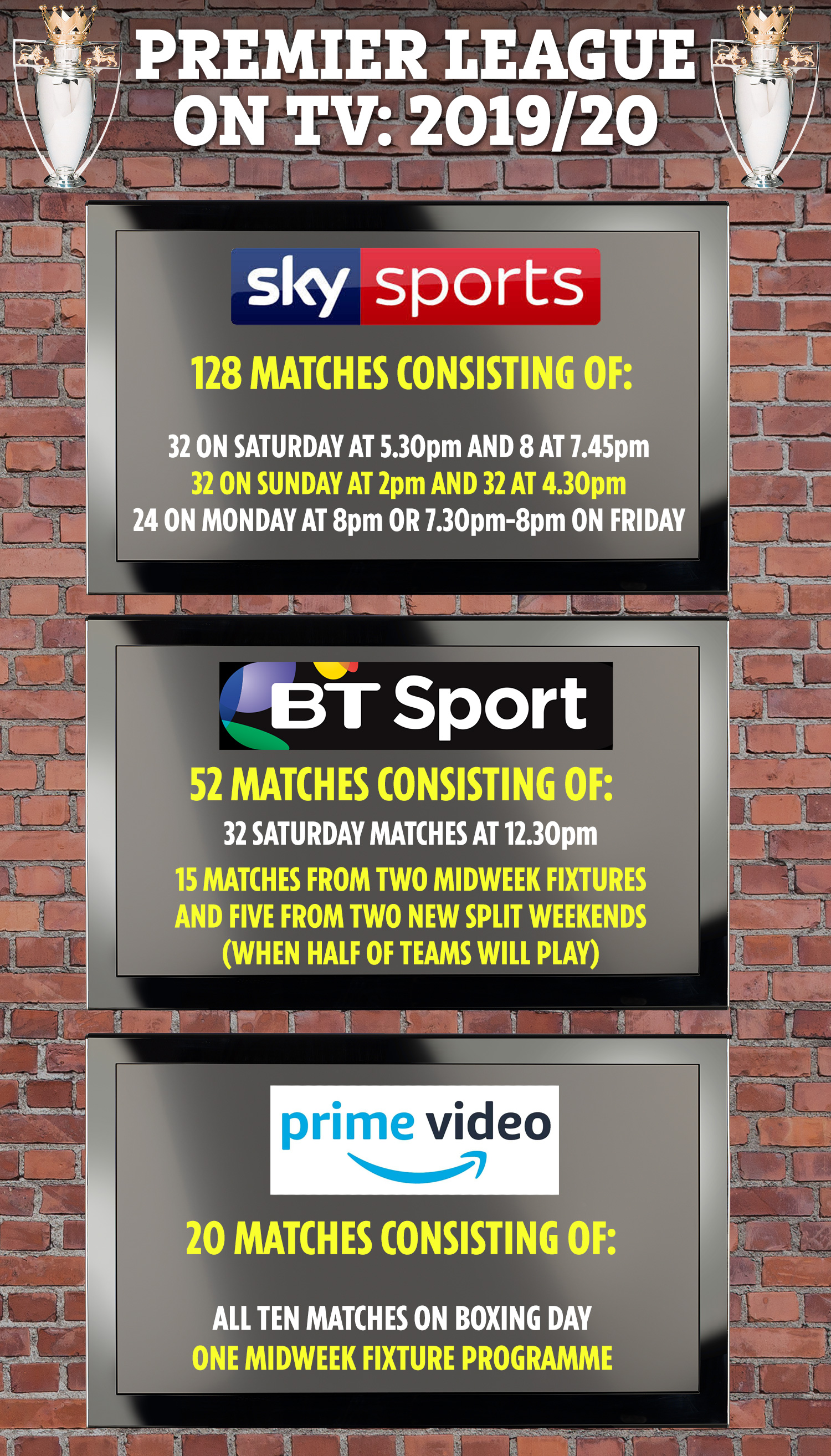