The good news for Simona Halep: she will play for a maiden grand slam title after taking out Garbine Muguruza in a semi-final. Oh, and she gets to stay as world No.1, whatever happens.

But here comes the bad news: Halep will be up against Sloane Stephens, who is so languid that she barely seems to know what big-match nerves are.

Stephens has played six tour-level finals, and won the lot, including at the US Open in September. Whereas Halep has an unenviable record at the sharp end of majors. 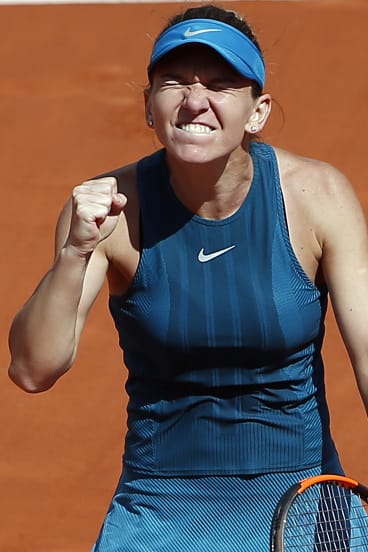 ‘‘So, I lost three times until now and no one died, so it will be OK,’’ said Halep when asked about her previous major finals. ‘‘But I will be, I think, more confident, because I have a lot of experience. I don’t know what I will change. Probably nothing, because I will keep my routine. In tennis, you never know, so I will stay chill.’’

If Halep got off to a flyer in the semi, she had considerable help from Muguruza, who looked like she needed to follow the example of Serena Williams a couple of years ago and order a coffee to be brought to the court. Moving sluggishly and playing dozily, Muguruza managed a single game in the first set, which she finished with a tally of just two clean winners and 14 unforced errors.

Fortunately, battle was joined more satisfyingly thereafter. Both women were bellowing like wildebeest every time they struck the ball, in what seemed like a form of territorial display. But the din was easier to ignore when the rallies began to hot up, especially in Halep’s final service game – a 14-minute test of character that featured six deuces and finally pivoted on a dodgy bounce that left Muguruza rolling her eyes.

‘‘Today is one of those matches where you’re, like, ‘Man, I’m a little bit sad’,’’ said Muguruza after her 6-1, 6-4 defeat. ‘‘But I have been learning a lot. I was so emotional when I was younger. And with experience, you just take a little bit more perspective.’’

She can, thus, start the preparations for her Wimbledon title defence, which will begin in earnest at Birmingham’s Nature Valley Classic the week after next.

In the second semi-final, Stephens delivered one of her baffling illusions, in which she seems to be barely doing anything while actually running down every ball. The child of an NFL running back and a national-level swimmer, she is such a consummate athlete that she makes this sport look easy.

I’ll come here tomorrow, have a hit, have lunch here, go to my room, watch TV, wait till dinner, have dinner, go to sleep.

She was up against Madison Keys, a close friend and fellow American whom she also beat in the US Open final. Keys is arguably the heaviest hitter in the draw, and yet she never managed to hurry Stephens, who maintained her zen-like detachment even into the on-court interview. Speaking to Marion Bartoli after her 6-4, 6-4 win, she managed a tepid ‘‘Paris, je t’aime’’, but generally looked as if she would rather be scrolling through Snapchat. 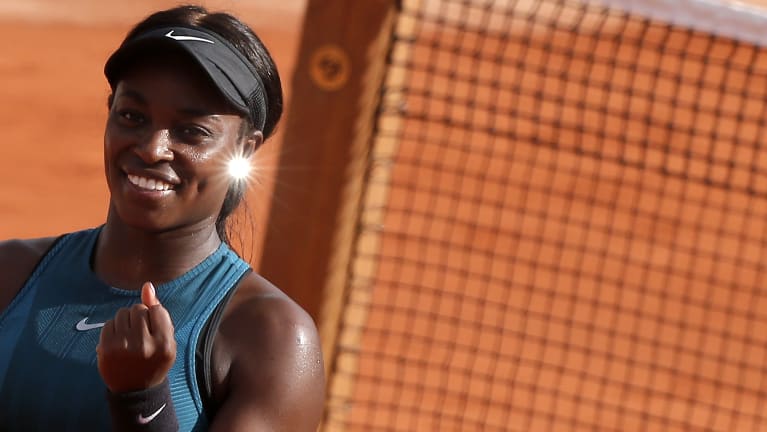 ‘‘I’ll come here tomorrow, have a hit, have lunch here, go to my room, watch TV, wait till dinner, have dinner, go to sleep,’’ was Stephens’ later response in the interview room, when asked how she would stay relaxed over the next day or two.

‘‘It’s pretty boring. I wish there was something exciting to tell you, but it’s really not.’’