Cameron Bancroft's return from his nine-month ban from the ball-tampering saga has taught his Big Bash League captain Ashton Turner to be more grateful for his cricket.

Bancroft played his second game back in the BBL on Wednesday night, scoring 19 in Perth's one-run loss to the Sydney Thunder. 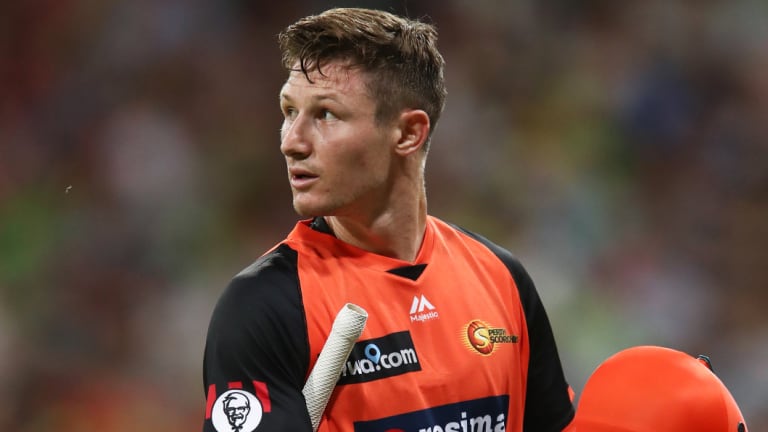 Cameron Bancroft walks off after being dismissed by the Thunder.Credit:AAP

"I have never seen him so bubbly around the group. He'd come to training and just throw balls at batters, hit high balls at training.

"As a friend I'm really proud of the journey he has been on over the past nine months.

"He has changed a lot as a person and he's discovered some things outside of cricket which he probably wouldn't have got the chance to do had the incident in South Africa not happened."

Bancroft averaged 48.50 in five games last summer for the Scorchers, and also looked good on Wednesday before being dismissed.

His innings including a big six over long on from spinner Chris Green, a sign of what the Scorchers hope is to come given they've now dropped four of their opening five games to sit seventh.

"He's such a good player, he's going to ease his way back into this tournament and have a really big impact for us," Turner said.

"We've proven to ourselves that finishing the top of the table isn't always the best way to go.

"The job for us now is to swing around a little bit of momentum and find a way to get into that top four."