Newcastle Jets chief executive Lawrie McKinna has called for Football Federation Australia to drastically improve its use of the Video Assistant Referee after the governing body admitted the technology had malfunctioned during Saturday night's A-League grand final.

The FFA remains committed to using VARs in the A-League despite announcing the technology had not worked properly in Saturday night’s grand final, leading to an incorrect decision to allow the only goal in Melbourne Victory's 1-0 victory over the Newcastle Jets. 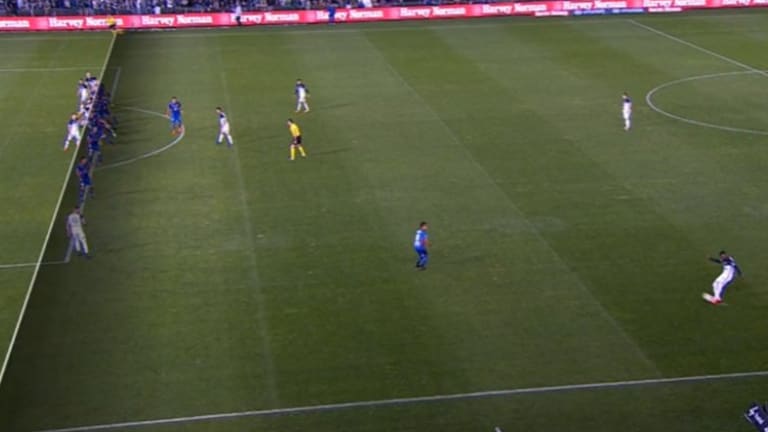 System failure: The VAR failed to rule on James Donachie being clearly offside due to a technical issue.

The head of the A-League, Greg O'Rourke, on Sunday issued a public apology to Newcastle and all football fans after confirming the goal that won the title for Melbourne Victory should have been disallowed and cited a system error for the blunder.

However, that will prove to be of little comfort to the devastated Jets, who have said the prompt review into the incident and the explanation means little after their season ended in disappointment thanks to the VAR error.

"Myself and [coach] Ernie [Merrick[ actually supported the VAR but obviously last night the linesman got it wrong because he didn’t flag, the VAR got it wrong and now it’s going to be at the World Cup," McKinna said. "If the FFA are going to stick with this – and I think they will – then they need to get better at it. 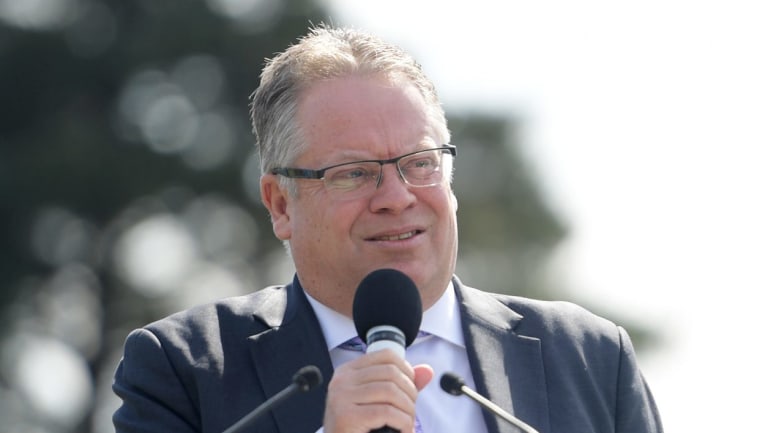 ‘We are extremely disappointed at this failure of the VAR technology’: A-League boss Greg O’Rourke has apologised.

"It doesn’t change things… I just feel sorry for the fans."

The FFA conducted a review into the controversial goal on Sunday morning and found that a software malfunction meant the VAR did not receive images from certain camera angles that showed Victory defender James Donachie was offside as he set-up Kosta Barbarouses’ goal.

O’Rourke said the system error was attributed to the VAR’s Hawkeye partner and not broadcaster Fox Sports, which revealed the offside infringement in its replays of the goal.

“We are extremely disappointed at this failure of the VAR technology and we understand the disappointment and frustration of the Newcastle Jets, their fans and indeed all football fans,” he said.

“VAR was introduced here and in other parts of the world as a technology-based solution to correct the human errors that inevitably are made from time to time when officials are making judgements in split seconds.

"On this occasion the technology itself failed and the broadcast angles required were unavailable. We are working with Hawkeye to thoroughly understand why it did and what can be done to prevent this happening again.”

Saturday night’s error by the VAR was the latest in a long list of farcical incidents involving the introduction of the technology in football that has polarised fans.

While the VAR has regularly assisted officials to make correct decisions in the A-League, those are often overshadowed by frequent controversies. While much of the conjecture has surrounded its interpretation, intervention and ruling on events, the grand final incident was a rare case of the technology itself failing.

“Whilst we understand that this happened only once this season it was at a most critical time. All parties desire the technology to be failure proof and that is what we will be striving for," O'Rourke said.