Not so long ago the idea of merely setting foot in the United States would have filled FIFA’s leaders with dread. The idea of holding an important meeting there would have been rejected as absurd.

That was because a sprawling corruption indictment by the United States Department of Justice in 2015 had threatened the very existence of FIFA, the governing body of world soccer. The investigation had produced the dawn arrests of more than a dozen top power brokers in the sport and eventually led to the ouster of some of the organization’s most powerful figures. It left others fearful of traveling to the United States for any reason, lest they risk being picked up by the authorities.

Yet this week, almost four years later, FIFA is bringing the members of its governing council — a body that, in an earlier incarnation, was accused by the American authorities of engaging in graft schemes dating back decades — to United States soil for the first time since the scandal broke. The 37-member body, an expanded group now known as the FIFA Council, will hold a meeting in Miami on Friday to discuss, among other things, a significant expansion of the 2022 World Cup and a multibillion-dollar plan for a new World Cup-style competition for clubs.

The site of the meeting, FIFA says, is the latest sign that it has moved on from its corrupt past.

“It’s probably fair to say that there is a symbolic significance for the FIFA Council to meet in the U.S.A. for the first time since 2015,” FIFA, which is based in Zurich, said in a statement.

Four years ago, images of police officers leading soccer officials out of a luxury Swiss hotel in two separate dawn raids gripped the sporting world, unleashing a crisis that has cost FIFA millions of dollars and led to years of turmoil. Dozens of soccer officials, businessmen and companies have since pleaded guilty to charges in United States courts; others are fighting extradition; and two men, including the former head of South American soccer, were jailed after a 2017 trial in New York. The crisis also led to the ouster of a number of executives not named in the indictments, including FIFA’s longtime president at the time, Joseph S. Blatter. 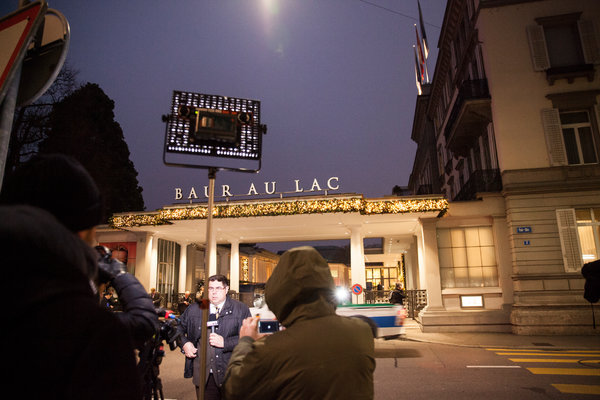 While there is little sign another blockbuster raid is in the offing, United States authorities’ interest in FIFA has not dimmed. Multiple defendants who have pleaded guilty in the case have not yet been sentenced, with prosecutors again agreeing this year to push back decisions about the punishments of at least five people, including an Argentine businessman who testified at the New York trial and has served as a key cooperating witness.

“FIFA remains ready to assist public authorities in all cases and, while the experience was difficult, we are finally very grateful that the U.S. Department of Justice intervened when it did to address some serious governance problems and, in so doing, help put FIFA on the path to reform,” its statement added.

The current leadership has attempted to build bridges with the American authorities. FIFA’s top legal official, the deputy secretary general Alasdair Bell, made it a priority to visit Brooklyn and meet with prosecutors upon joining the soccer body in September. His visit came a month after FIFA’s president, Gianni Infantino, met with President Trump at the White House.

Such trips were considered perilous four years ago. Blatter and his former No. 2, Jérôme Valcke, who faces a separate corruption investigation in Switzerland, skipped the Women’s World Cup when it was held in Canada in the summer of 2015, only weeks after the first raids in Switzerland. Other officials also have stayed safely out of reach.

FIFA has not confirmed whether any council members will skip next week’s meeting, though at least one may not travel, according to a person familiar with the council member’s thinking.

Coming to Miami also renews focus on Concacaf, the regional confederation that governs soccer in North and Central America and Caribbean. Based in the city, Concacaf is one of soccer’s six regional governing bodies, but it perhaps felt the most damage from the scandal: three of its former presidents were charged by United States authorities, and an internal probe later found multiple examples of rogue behavior, including self-dealing, indiscriminate use of private jets and even the recruitment of a private detective to snoop on individuals, including the former U.S. Soccer president Sunil Gulati, who still sits on the FIFA Council.

Concacaf, which nearly closed amid a banking crisis brought on by the Justice Department case, is largely prospering after introducing governance reforms. It has also changed headquarters, moving from a location in Miami Beach that was the target of F.B.I. raids in 2015 to a new office in the city’s business district.

Its current president, Victor Montagliani of Canada, said Concacaf had “long turned the page” on its existential crisis.

“Having FIFA come to Miami for the first time since the events of 2015 marks a momentum forward for world football,” he said, “and we are glad to play our part.”

While its worst days may have passed, global soccer continues to be dogged by sporadic episodes of unethical behavior by senior figures. A Ghanaian member of the FIFA Council, Kwesi Nyantakyi, received a lifetime ban last year after being caught on camera accepting thousands of dollars in cash from an undercover reporter. And last week, another council member, Lee Harmon of the Cook Islands, received a three-month ban for the illegal resale of tickets to last year’s World Cup in Russia.

To Miguel Maduro, a former governance head at FIFA, the continuing problems are both structural and cultural, part of a system that he said was still being run as a “political cartel.” Infantino, for example, will stand unopposed for re-election later this year in an election that will mirror the one for the presidency of European soccer in February. In that race, the incumbent, Aleksander Ceferin, was re-elected by acclamation.

Perhaps the biggest sign of FIFA’s difficulties in changing the culture is its inability to wean the council members who will be in Miami off the kind of lifestyle even they have acknowledged to be excessive. At previous meetings, for example, members have described being met on the airport tarmac and whisked to luxury hotels without having to go through the usual arrival protocol. Even after FIFA’s reforms, they receive annual salaries of $250,000, plus an additional per diem, to attend as few as three meetings a year.

“That’s one of the reasons you maintain the cartel,” Maduro said. “You have to satisfy the people that keep you in power.”