The Swiss was in attendance as the Highland League side picked up a 3-0 win over Nairn County. 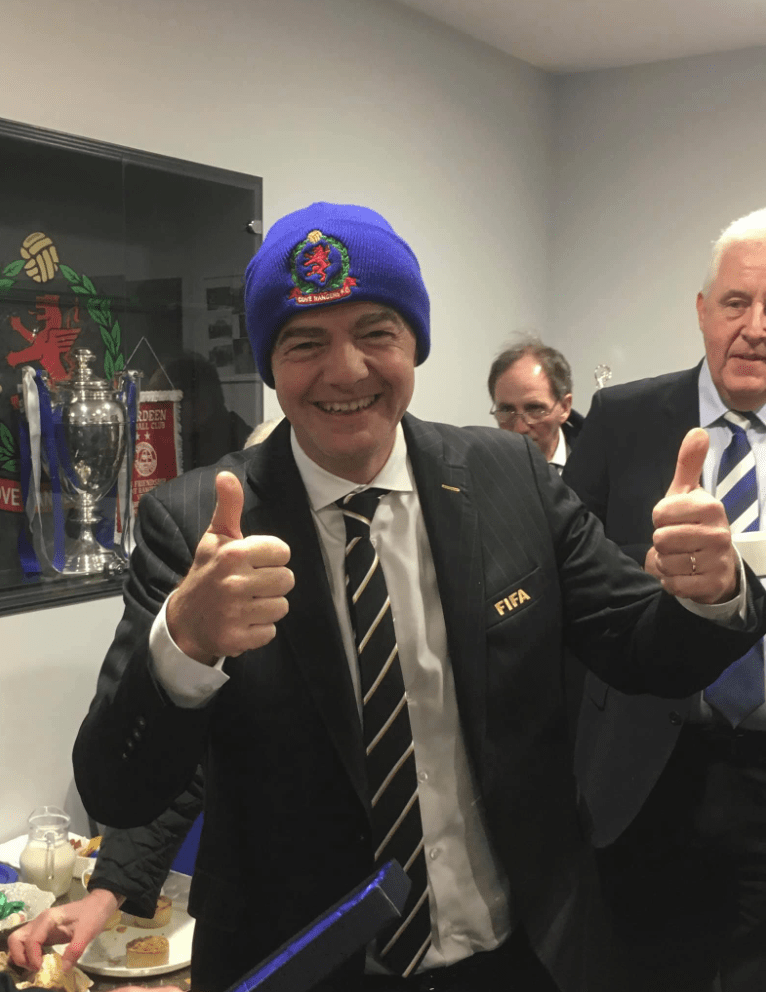 And he was even pictured wearing a club hat while visiting their trophy room.

The Fifa president was in Aberdeen to speak at the International Football Association Board's AGM.

He insisted Scottish referees are at a high level but admits that our officials can still improve.

Meanwhile, Cove's victory keeps them in second place in the Highland League, tied on 71 points with leaders Brora Rangers.

But the Aberdeen side have two games in hand and will be confident of another title win, having lost just once all season.