Fiji could be a shock inclusion into the NSW Cup next season after the bid team found a backer they hope can underwrite the historic bid.

It appeared the Pacific nation’s hopes of entering the Intrust Super Premiership competition were over after officials were unable to provide the bank guarantee required in time for consideration for a 2019 license. However, the NSWRL has provided a revised deadline for entry after Fiji snared a sponsor capable of underwriting the historic move. 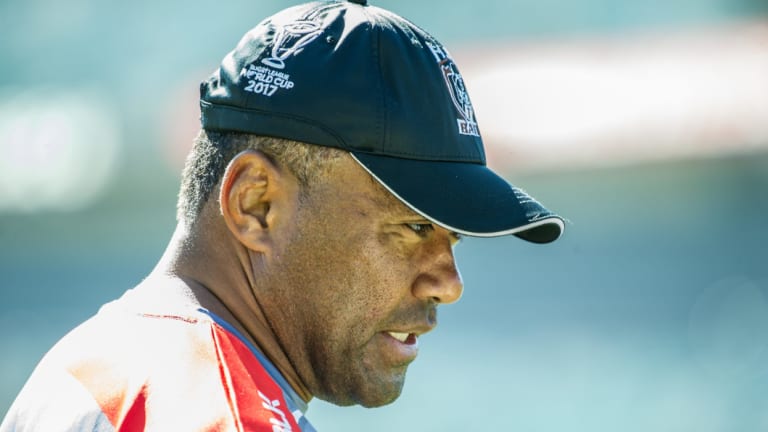 Fijian bid team boss Petero Civoniceva is hoping he can stump up the required funds in coming weeks.

"We’re pulling it all together now so I’m hopeful we will have some good news very shortly," Civoniceva said. "We’re working with the Fiji side of things and the NSWRL to make it happen.

"We have some guidelines the NSWRL has set, some dates to have the bank guarantee in. We’re working towards getting that done sooner rather than later to have the ability to play in the 2019 comp.

"If not, we move forward for 2020. It’s all about timing and getting our obligations met."

The plan is to play home games at Suva’s ANZ Stadium, which has a capacity of about 15,000. If granted a license, officials hope Fiji can replicate the success of the PNG Hunters, who have enjoyed a cult following and on-field success since joining the Queensland Cup in 2013.

Fiji is yet to appoint a coach, but believes there is time do so and assemble a team for the upcoming preseason.

"We’ve got most of the framework for Fiji done," Civoniceva said. "In terms of trials and getting a squad organised, it wouldn’t take us too much to get that done.

"The main part for us is obviously getting the bank in order and all of those financial requirements met. Other than that, we’re full steam ahead.

"In terms of creating a pathway towards an NRL contract, it’s huge.

"Obviously playing in the NSW Cup would be massive and that’s the missing link for local players. To be able to get them up to speed and test themselves against the best up-and-coming talent for NRL, that would be a huge boost.

"We’ve seen the success of the Hunters in the Queensland Cup competition and no doubt our aim is to replicate exactly what they have done."

The amount of Fijian talent in the game was underscored by the nation’s semi-final appearance in last year’s Rugby League World Cup.

Canterbury will take on Newtown in the Intrust Super Premiership NSW grand final at Leichhardt Oval on Sunday. The winner will meet the Queensland Cup premiers on NRL grand final day.