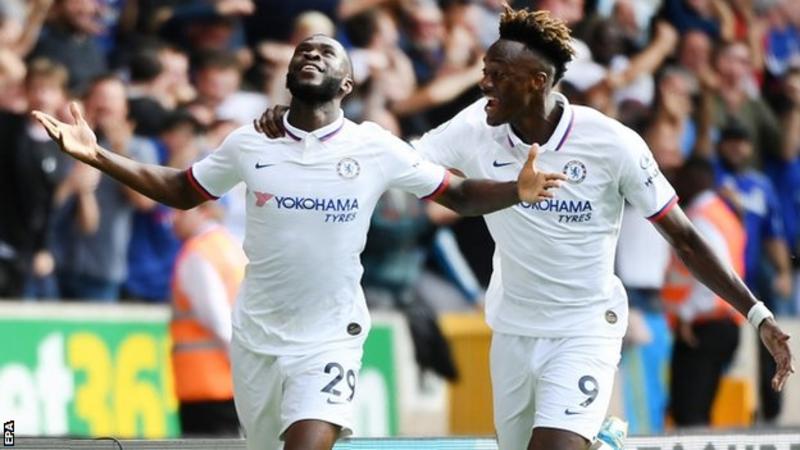 Chelsea defender Fikayo Tomori says he is “committed” to England after considering which country to represent.

Tomori, 21, was born in Canada and played for their under-20s team, and is also eligible to play for Nigeria.

He said that receiving his first England call-up for the Euro 2020 qualifiers away to the Czech Republic and Bulgaria was “unexpected”.

“Depending on how you look at it, being eligible for three countries is a good thing and a bad thing,” he said.

“I wasn’t expecting to be in the England squad at the beginning of the season, and once I got the call-up there was no doubt I would commit.

“It’s a bit cliched but it is a dream. Growing up in England and seeing the players playing at Wembley, it was such a good feeling. It’s indescribable. I tried to take it in as much as possible, but it was a very proud moment.”

Tomori’s situation is similar to Chelsea team-mate Tammy Abraham, who also qualifies to play for Nigeria through his family and was called into the England squad for the Euro 2020 qualifiers.

Prior to being selected by Gareth Southgate, the 21-year-old striker said he was “undecided” about his international future.

The Premier League’s joint top scorer has already played for England in friendly matches against Germany and Brazil in 2017, but is yet to feature in a competitive international.

Southgate has said it would not be “ethically right” to award caps to players so they cannot play for another country. The England boss said the Chelsea pair were in the squad “on merit”.

‘I owe Lampard a great deal’

Tomori, who came through Chelsea’s academy, said he had progressed “quickly” in the last 12 months, having made his first-team debut in August under manager Frank Lampard, who was also his boss when the central defender was on loan at Derby County last season.

He helped the Rams reach the Championship play-off final and was named Derby’s player of the season.

Despite being linked with another loan move away from Chelsea this season, he said he had no plans to leave Stamford Bridge over the summer.

Asked how much he owed Lampard, who told him of his England call-up after the Champions League victory in Lille last Wednesday, Tomori said: “A great deal. Playing last season in the heart of the defence for Derby, it does take faith and he put that in me from the beginning.

“He helps me in training and for him to have faith in me when results weren’t good or maybe I wasn’t, is all I could really ask for. Coming back to Chelsea this season, playing time wasn’t granted, so I had to work hard and still have to work hard to maintain my place in the team.”