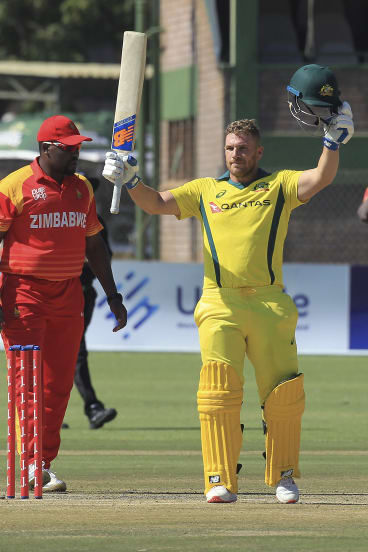 Aaron Finch has smashed his own record for the highest Twenty20 international score, blasting an astonishing 172 from 76 balls in Australia's tri-series match against Zimbabwe.

The Australian skipper passed his previous mark of 156 in the 18th over, which he set against England in 2013.

Finch continued his rich vein of form on Tuesday as he combined with opening partner D'Arcy Short to put on a 223 stand – the highest partnership in T20I history.

Short was out for 46 with four balls left in the innings at Harare Sports Club, while Finch was dismissed two balls later by hitting his own wicket.

The 31-year-old was only three runs behind West Indian Chris Gayle's highest Twenty20 score of 175, which he hit in the 2013 Indian Premier League.

Australia finished their 20 overs on 2-229, setting Zimbabwe a near impossible target.

Glenn Maxwell and Marcus Stoinis were left to see out the innings. 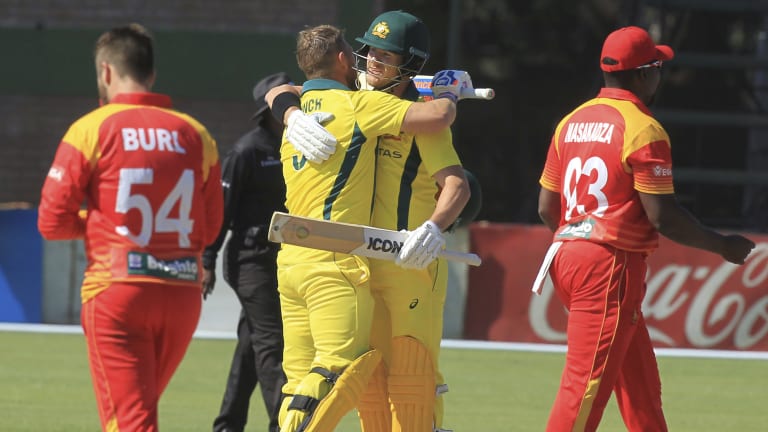 Australia carried on from where they left off against Pakistan on Monday after opening their campaign with a nine-wicket victory.

It comes after being on the other end of a one-day series whitewash in England.

Behind Finch's two top scores, Maxwell is next on the all-time T20I record list after he belted an unbeaten 145 against Sri Lanka in 2016.